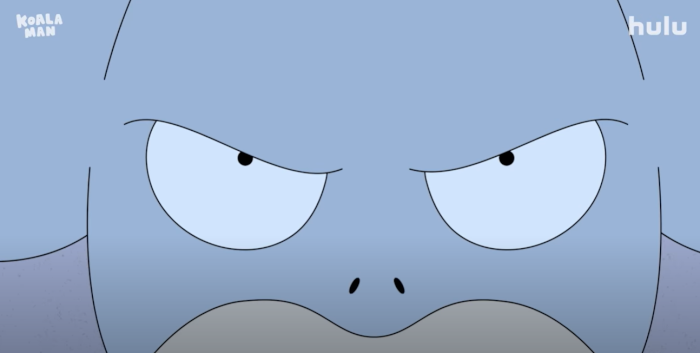 Koala Man is a mildly funny animated sitcom on Hulu created by Michael Cusack, Dan Hernandez, and Benji Samit, and executive produced by Justin Roiland, who was arrested in 2022 on charges of felony domestic battery and false imprisonment. Koala Man is the alter-ego of Kevin, a mild-mannered family man working for the city council of Dapto, a small Australian city. Michael Cusack voices Kevin and several other characters, and the talented voice cast also includes Sarah Snook, Jemaine Clement, Hugo Weaving, and even Hugh Jackman. Kevin’s wife, Vicky (Snook), is his biggest supporter, though she’s skeptical of his superhero dreams. 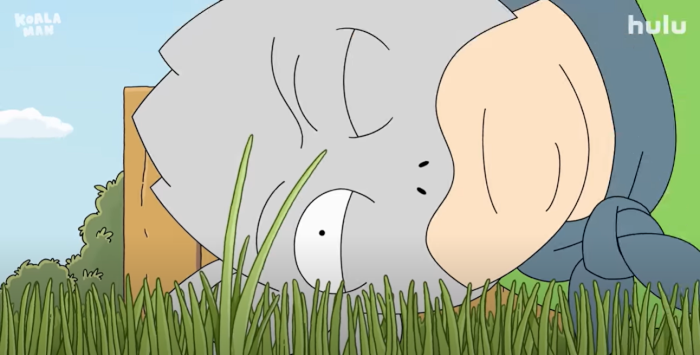 I’m not sure how I feel about Koala Man, and that was true even before I learned of Roiland’s legal troubles. It shares the same animation style as Ricky & Morty and Solar Opposites, but it is set in Australian suburbia instead of space or miniature towns. This alternate world was created after the Titanic didn’t sink and Hollywood became a floating island after the rest of America destroyed itself. Kevin is an ineffectual husband, father, and superhero, as concerned with Dapto’s lawn regulations as justice. He’s powerless and disrespected by most of his community, particularly his boss, Big Greg (Jackman, slumming it). Over it all hangs the ominous presence of Koala Man’s unknown nemesis, the Kookaburra.

Cusack, Hernandez, and Samit write like they’re aiming for Rick and Morty’s transgressive humor, but what they create feels more as if Jerry Smith were the main character. Where R&M or Solar Opposites at their best wrap a profound message in scatological jokes and a science fiction motif, Koala Man settles for delivering tired life lessons that belong in old Family Guy episodes. There’s an average of one laugh every two episodes, although “The Great Emu War II” is entertaining all the way through. At the end of the day, it’s another average entry in the adult animation field and a diluted addition to Justin Roiland’s stable of shows. And that’s the problem. 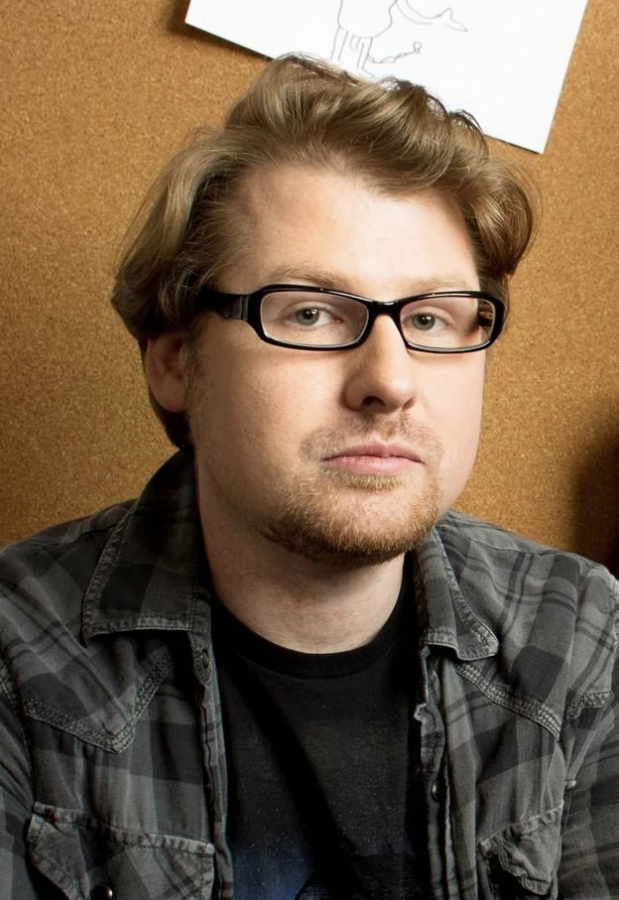 Despite being a fan of Rick & Morty for years, I never heard the stories circulating Twitter and Tumblr about Justin Roiland. About how he slides into the DMs of underage girls. About his attempts to groom these girls into sexual acts. About how, in a very Chris d’Elia or Andrew Tate way, he manipulates them into believing they’re in a relationship rather than the latest in a string of victims. I didn’t know Rick & Morty’s premise came from Roiland’s original sketch, The Real Animated Adventures of Doc and Mharti, which featured graphic child abuse. I didn’t know his studio, Squanch Games, was sued for sexual harassment in 2019. And I didn’t know that in 2020, Roiland was arrested for striking his girlfriend so hard she required medical attention and kept her from leaving his home.

NBC News first reported on Roiland’s arrest Jan. 12 of this year, though most of the case’s details remain sealed. The assault happened in January 2020 and Roiland was charged in May and arrested in August of 2022. A protective order already exists for victim Jane Doe, and Roiland isn’t allowed within 100 feet of her, nor threaten or surveil the woman in question.

It took a long time for reports to come to light outside of specific Twitter, Tumblr, and Reddit threads. That’s not surprising. Thanks to Adult Swim and Hulu, Roiland leads an animation empire. Between the commercial success of Rick and Morty, the merchandising, the expanded stable of shows, and the popularity of Squanch Games’ newest release, High on Life, Roiland is coining it for his employers. Rick and Morty’s extensive and frankly sociopathic fanbase ensure that most stories of his alleged wrongdoing get drowned like a chicken nugget in Szechuan sauce, something else that drove them insane.

Uncomfortable sexual situations are part and parcel of the Rick and Morty universe. Roiland has spoken before about being sexually abused. If you don’t know about these allegations, it’s easy to see characters like King Jellybean, the Slut Dragons, and the Giant Incest Baby (don’t ask) as Roiland’s quirky sense of humor finding a way to process his own past experiences. But in the wake of domestic assault charges and reports of inappropriate behavior, with receipts, it takes on a different tone. Some of Roiland’s former colleagues have made statements as well, such as former Rick and Morty writer Caitie Delaney and musician Allie Goertz. Like Weinstein, CK, d’Elia, and Spacey, Roiland’s sketchy behavior appears to be an open secret among his peers.

It remains to be seen what, if anything, will come of Roiland’s arrest and prosecution. If there’s one thing at which the media culture excels, it’s welcoming back abusers. Ezra Miller managed to turn their trespassing and felony burglary charges. Accusations of grooming and child endangerment, into probation with a promise not to drink if it interferes with their work. It’s easy to see how Roiland might walk from the domestic abuse charge, given his own financial resources and the huge stake Cartoon Network and Hulu have in his success. Money talks.

Koala Man should have a chance to succeed or fail on its own, and manages to entertain just enough to make it worth watching. It’s a shame that Roiland’s affiliation overshadows the hard work put into the series. But it turns out he’s an abusive creep. It’s past time we reckon with that.