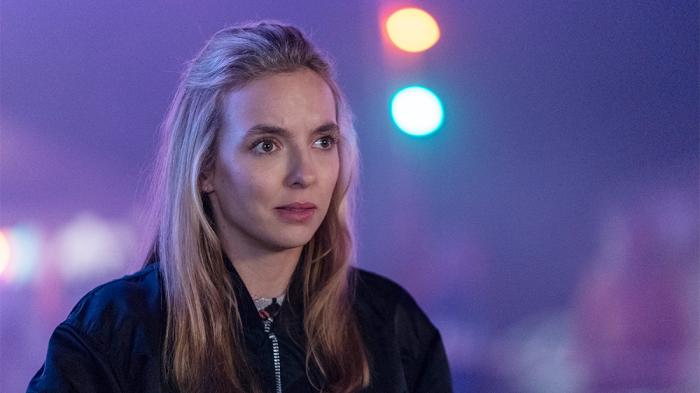 Season two of Killig Eve — already an echo of the first season under the guidance of Phoebe Waller-Bridge — ended in Villanelle (Jodie Comer) shooting Eve (Sandra Oh) in Rome and leaving her for dead. Obviously, the character for whom the show was named did not die, but the shooting was a sign of things to come. Namely, instead of riding alternating waves of thrilling suspense and intense sexual tension, Killing Eve seems to slingshot from one shocking moment to the next, but in between those moments, the series listlessly coasts, as though waiting for the next big moment to right the ship.

Maybe it’s just pandemic time, but it feels like months ago that the season premiered at the aborted, disastrous wedding of Villanelle. Remember? Villanelle was about to marry someone else and move on with her post-Eve life, before she sabotaged her own wedding and is recruited back into the Twelve by her new mentor, Dasha. The Twelve used to be something of a MacGuffin, a mysterious, shadowy organization that gave the series something to fall back on when Eve and Villanelle weren’t playing cat-and-mouse. But now The Twelve is an obstacle to the cat-and-mouse game, and a not a very interesting one, to boot. For Villanelle, the Twelve promises more money and travel, not to mention an excuse to continue creatively assassinating people, but it doesn’t provide the show with much in the way of substance. It’s basically Rambaldi; no one cares about it.

Meanwhile, when the season opened, we learn that Eve is still alive, keeping a low profile, and unhappily working in the kitchen of a Korean restaurant while her husband Niko is recuperating from all the trauma inflicted upon him in the last two season in a mental hospital. Aside from the hijinx at Villanelle’s wedding, and the initial curiosity in where Eve is now, the premiere lacked the energy and spark of the first season, as we awaited the season’s narrative hook, which literally fell out of a window in the form of Kenny, who is tossed onto a parking lot from the upper floor of a building.

The investigation into Kenny’s death — the only empathetic character remaining on Eve — should have at least given the season a backbone, a little structure. It’s an unfortunate means to an end, but it’s really the only thing that would allow Carolyn and Eve’s paths to cross again, as the investigation brings Eve back into the fold. The “fold,” however, is amorphous, as the investigation itself becomes just another bit of background noise. This season spends more time exploring the separate lives of Eve and Villanelle than it does exploring their lives together, which is the only thing most of the audience cares about.

Only the season’s third episode held any of first-season magic, and it’s no coincidence that the third episode sees Eve and Villanelle interact, even if only briefly, while on a bus. They fight, they make out, and though it doesn’t ultimately amount to much, the rest of the episode vibrates like the tuning fork that Villanelle later uses to kill a woman and her nanny. Alas, that episode ends the same way four of the episodes ended this season: In a death. The murders, however, are not driven by the storyline so much as they are by the need to end each episode with a button to lure us into the next episode.

That was no more evident than in last week’s episode, in which Niko — who escaped to Poland to recuperate mentally and get away from Eve — finally gets a little screen time. Alas, it’s only to set up his death, which takes place in front of Eve, who travels all the way to Poland to reunite with Niko only to witness someone stick a pitchfork through his neck. (That someone is Dasha, and why she killed Niko is not entirely clear, although it was apparently perpetrated for the benefit of Villanelle. Somehow.). Niko’s death is devastating for Eve, although we haven’t been able to see that play out because this week’s fifth episode is a stand-alone episode centered on Villanelle.

It feels like season three showrunner Suzanne Heathcote killed off Niko for the same reason she killed of Villanelle’s mother this week: Pure shock value. To wake us up from an otherwise slumbering season. This week, Villanelle returns to her small hometown in Russia, reunites with her mother — who thought Villanelle was dead — bonds with her family, dances to Elton John, and then kills half her family, including her mother. Why? What was the point in revisiting Villanelle’s past, except to illustrate that the apple doesn’t fall far from the (now) dead tree?

What will happen to the surviving family members? How will this experience affect Villanelle? We’ll probably never know because if the sixth episode is anything like the rest of the season, it will quickly move on to another storyline that will probably end in someone else’s pointless death. It’s ironic, too, because Killing Eve had been so successful at grounding the emotional relationship between Villanelle and Eve, but the action itself has become increasingly cartoonish. The murders feel like something out of an episode of Itchy and Scratchy, like in last week’s episode when an old woman comically tried to scare the hiccups out of Villanelle before Villanelle murdered the old woman. The murders are dark punchlines to sick jokes, which I typically appreciate in Killing Eve, but the joke has gotten old and stale.

Meanwhile, the cat-and-mouse game is just two cats too busy licking themselves to bother giving chase. The series has lost sight of what it is even aiming to do: Will Eve and Villanelle murder each other? Or end up together? Will either scenario in any way feel satisfying? And are we prepared to watch another season or three of Eve and Villanelle working together and against each other as the series continues to circle the drain?

← Review: Jamie Foxx's 'Sleepless' Is A Sloppy, Stupid Remake Of A Great Film | On 'The Rookie' Cliffhanger, and Whether it Will Return for Season 3 →