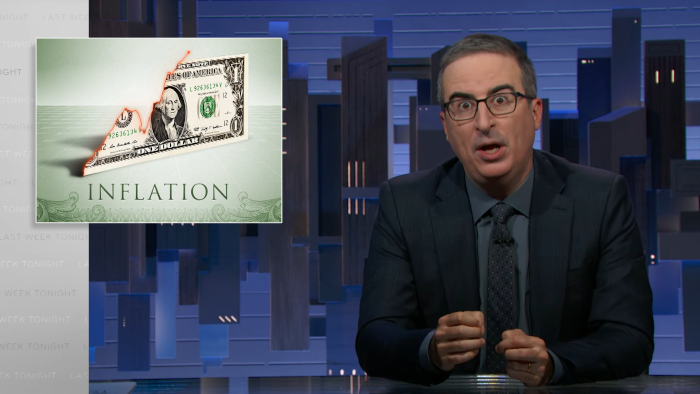 John Oliver Blames Everyone For Inflation

Chances are, you’ve heard the word inflation recently more than most other words. Democrats to Republicans, Humans to Na’vi, they’re all railing against inflation. They use it as a rallying cry against corporate greed, Joe Biden, and to keep Marines from taking all our Unobtainium. Inflation is blamed on everyone because it’s everyone’s fault.

The segment proves to be more frustrating than anything else. Inflation is incredibly complicated. It is not as beautifully simple as, say, a man breaking from his ranks to pursue love with a woman of another species. A species he was, technically, sent there to exploit. In the case of inflation, everyone is pointing the finger at everyone else. The fact is, this round of inflation has been caused by a perfect storm of circumstances.

Experts did not expect this round of inflation to be so bad and there isn’t an easy way to fix it. It almost makes you want to go away. To escape to a world of blissfully blue waters, colorful vegetation, and blue-hued species that will welcome you as their own if you show respect to their ways. But, Pandora isn’t real, and inflation is.