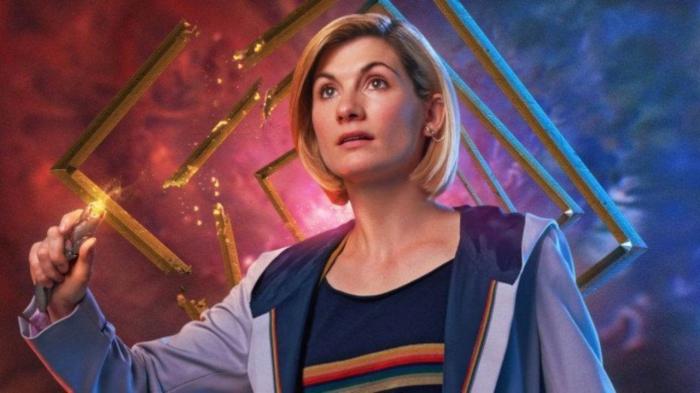 Jodie Whitaker and Chris Chibnall Announce their Departures from 'Doctor Who'

I used to think that I didn’t like sci-fi television, but after Professor Wilson turned me on to Doctor Who, I realized that I just wasn’t watching the right sci-fi shows. Doctor Who was a gateway drug to a lot of other great series over the years, but it remained something of my first love. After getting hooked, I introduced my wife to it, and she got hooked, and years later, I’d go through them again with my son. I look forward to rewatching them again with my daughters soon.

Still, it hasn’t been the same since at least the Matt Smith years. Capaldi was an all-time great Doctor, but the writing was never there for him because he got Moffated. I was, however, very excited when Chris Chibnall (Broadchurch) came on board with the first female Doctor, Jodie Whitaker. But it never really gelled. Whitaker is a great Doctor, and Chibnall is a great writer, but maybe not such a great writer for Doctor Who. It didn’t help, either, that all of those companions crowded Whitaker’s Doctor out, or as Hannah said, “having three companions meant that none of them got much development. They became a chorus of ‘what’s happening, Doctor?’, whilst standing in a straight line.” Or, as Tori notes, “‘oh a lady Doctor needs to lead a Family’” was a choice.

I used to never miss an episode, some of which I would watch more than once. But now? I still haven’t caught up on the last season (Hannah’s recaps sufficed) because the show lost some of its magic. I don’t know exactly where it went, because the ingredients are there; they just don’t mix right.

Now comes word, however, that both Jodie Whitaker and Chris Chibnall are leaving the series in the fall of 2022 after a series of specials. “With a six-part season announced for the fall, and two specials already planned for 2022, BBC One has now asked for an additional final feature-length adventure for the Thirteenth Doctor, to form a trio of specials for 2022, before the Doctor regenerates once more.”

That will officially begin speculation about who will replace them. It will no doubt be exhausting. The good news is, the upcoming arc will be serialized, which is what Chibnall does best. Hopefully, Whitaker and Chibnall can go out on a high note, and the producers won’t automatically return to the white guy with a female companion formula of previous iterations. They might also want to consider the viewpoint of someone other than another white guy in the showrunner position, too, with all due respect to Chibnall, Moffat, and Davies.

← Sarah Silverman Is Resurrecting an Old Letterman Segment, but Alas, It's Not 'Will It Float?' | Roy Wood Jr. Explores The History Of Black Gymnasts →