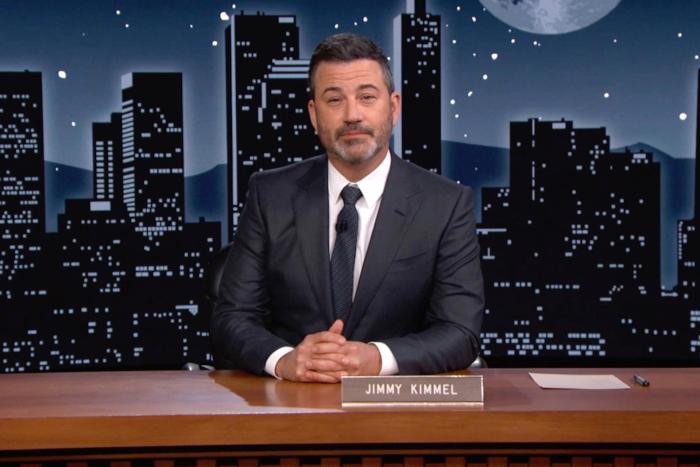 We’re not ready to talk about actual entertainment news yet because we’re still riding the high from last night’s Democratic not-losses!

Speaking of which, Jimmy Kimmel relayed a story on his show last night about Dr. Oz and Donald Trump that’s telling on both counts. “Years ago, when Trump was running for president, I had dinner with Dr. Oz and his wife, Lisa, and they told me and a group of other people a story,” Kimmel told his audience. “They were at Mar-a-Lago at a party, and this very glamorous older woman walks up to Trump [and asks], ‘Donald, how do I look?’”

“And he says, ‘You would look better wet,’ and he shoves her in the pool. He pushes this fully dressed older lady in the pool and she’s humiliated, and then Lisa Oz helped her get out of the pool, and she’s like, ‘Get some towels,’ and helps her and warms her up. And Trump just looked on and laughed like a maniac. And they told us this story with disgust. They were disgusted, and now they’re up on stage endorsing each other. Isn’t that great? A lot of integrity there.”


Fortunately, we won’t need to think about Dr. Oz again for a very long time, or at least until he decides to run for a Senate seat in his actual home state of New Jersey. But also, why did Jimmy Kimmel have dinner with him?