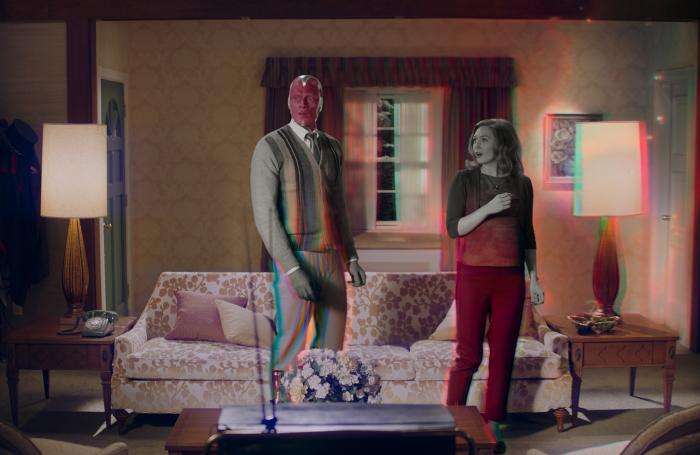 Happy New Year! It’s January now and 2020 is behind us (though we’re still reckoning with everything that happened and will be for a while). The good news is that we will finally see the return of several shows (new and old) after months and months of delays and the release of a few good movies that are finally coming to streaming, including Herself and One Night in Miami. Check out the full list below! Should be something here for everyone.

January 1
Cobra Kai Season 3 (Netflix) — Season Three finds everyone reeling in the aftermath of the violent high school brawl between their dojos, which has left Miguel in a precarious condition. While Daniel searches for answers in his past and Johnny seeks redemption, Kreese further manipulates his vulnerable students with his own vision of dominance. The soul of the Valley is at stake, and the fate of every student and sensei hangs in the balance.

January 3
Call Me Kat (Fox) — Based on the British series Miranda, the series is about a woman who struggles every day against society and her mother to prove that she can live a happy and fulfilling life despite still being single at 39. Which is why she recently spent her entire savings to open a cat café in Louisville, KY.

January 5
History of Swear Words (Netflix) — An education in expletives: the history lesson you didn’t know you needed. History of Swear Words, hosted by Nicolas Cage, is a loud and proudly profane series that explores the origins, pop culture-usage, science and cultural impact of curse words. Through interviews with experts in etymology, pop culture, historians and entertainers, the six-episode series dives into the origins of “F**k”, “Sh*t”, “B*tch”, “D**k”, “Pu**y”, and “Damn”.

Zoey’s Extraordinary Playlist Season 2 (NBC) — The second season picks up after a death in the family and genuinely continues handling emotions so well. Here’s why you need to watch Season 1 if you haven’t already.

January 7
Mr. Mayor (NBC) — When retired Los Angeles businessman Neil Bremer decides to run for mayor of his beloved city, he surprises everyone and wins the seat. With great ideas and commitment to the community, he optimistically sets out to get to work shaking up City Hall. But of course you know that he probably won’t be shaking anything up as easily as he thought he would. The series stars Ted Danson, Vella Lovell, Holly Hunter and more.

Pieces of a Woman (Netflix) — A heartbreaking home birth leaves a woman grappling with the profound emotional fallout, isolated from her partner and family by a chasm of grief. Read Kristy’s review here.

January 8
Dickinson Season 2 (Apple TV+) - Will this show go on now that Hailee Steinfeld has been cast in Hawkeye? Time will tell.

Lupin (Netflix) - Inspired by the adventures of Arsène Lupin, gentleman thief Assane Diop sets out to avenge his father for an injustice inflicted by a wealthy family. The series stars Omar Sy, Ludivine Sagnier, and Clotilde Hesme.

Herself (Amazon Prime) — Sandra escapes her abusive husband and fights back against a broken housing system. She sets out to build her own home and in the process rebuilds her life and rediscovers herself.

Charming (Netflix) — On the eve of his 21st birthday, an adored prince must find his one, true soulmate before a spell takes away all love from his kingdom. This is an animated comedy and it sounds very, yes, charming.

January 9
A Discovery of Witches Season 2 (Sundance Now/AMC) — They escaped through time, but there are more problems that await them. I’ve wanted to see this show for a while, so now might be the best time to do it.

January 10
American Gods Season 3 (Starz) — Remember this show? Yeah, it’s back for another season. Should be interesting to see how it holds up after Orlando Jones’ departure and his allegations regarding what went down behind-the-scenes.

January 12
Prodigal Son Season 2 (Fox) — This show is about a criminal psychologist who is the son of a serial killer. Season 2. Enough said.

January 13
Everyone is Doing Great (Hulu) - Seth (Colletti) and Jeremy (Lafferty) had a hit vampire TV series. Five years after its cancelation, they attempt to get through the struggles of life together.

Call Your Mother (ABC) — As empty-nester mom Jean (Kyra Sedgwick) reinserts herself into her family’s lives, her kids realize how much they need her. Or, how much she needs them since they’re out there living their best lives in different states. Distance makes the heart grow fonder.

January 15
WandaVision (Disney+) — Wanda Maximoff and (the previously dead) Vision are in some sort of alternate reality, which is warped and consists of the characters being in sitcoms throughout the decades. And this is just based on the trailer because I’m sure there’s a twist in there somewhere.

Servant Season 2 (Apple TV+) — More twists and turns in Season 2 of this show you maybe forgot about.

January 21
Walker (The CW) — A reimagining of the long-running series Walker, Texas Ranger stars Jared Padalecki as Cordell Walker, a widower and father of two with his own moral code, who returns home to Austin after being undercover for two years, only to discover there’s harder work to be done at home.

January 22
The Sister (Hulu) - One rainy evening, Nathan is surprised by an unwelcome face from the past. Nathan has never been able to forget the worst night of his life: a party that led to the sudden, shocking death of a young woman. Only he and Bob, an eccentric old acquaintance, know what really happened… and they’ve resolved to keep it that way. But years later, Bob appears at Nathan’s door with terrifying news that threatens to tear Nathan’s world apart.

Fate: The Winx Saga (Netflix) — The coming-of-age story of five fairies attending Alfea, a magical boarding school in the Otherworld where they must learn to master their magical powers while navigating love, rivalries, and the monsters that threaten their very existence.

Flack (Amazon Prime) — Robyn is unflappable in her PR job and her ability to get her high-profile very wayward ill-behaved celebrity clients out of potentially embarrassing situations is unparalleled. Starring Anna Paquin, Lydia Wilson, and Rebecca Benson.

The White Tiger (Netflix) — A poor Indian driver (Adarsh Gourav) who uses his wit and cunning to break free from servitude to his rich masters (Rajkummar Rao and Priyanka Chopra Jonas) and rise to the top of the heap. The White Tiger is based on the New York Times bestseller by Aravind Adiga.

January 24
Euphoria: F—- Anyone Who’s Not A Sea Blob (HBO/HBO Max) — Jules will look back on her year and memories of Rue before getting on the train. Still not Season 2.

January 25
Snowpiercer Season 2 (TNT) — First there was order. Then there was revolution. Now there is Mr. Wilford. Sean Bean joins the cast of the show alongside Daveed Diggs and Jennifer Connelly.

January 27
Resident Alien (Syfy) — Based on the Dark Horse comic, the series follows Harry, an alien played by Alan Tudyk that crash lands on Earth and passes himself off as a small-town human doctor. Arriving with a secret mission, Harry starts off living a simple life…but things get a bit rocky when he’s roped into solving a local murder and realizes he needs to assimilate into his new world.

January 29
Jann (Hulu) — Jann Arden stars as a pop star struggling with a break-up with her long-time girlfriend, her mother’s illness, and reigniting her career as a musician. The events of the series, which will air two seasons on Hulu, are loosely based on Arden’s real life.

Palmer (Apple TV+) — Former high school football star Eddie Palmer (Justin Timberlake) went from hometown hero to convicted felon, earning himself 12 years in a state penitentiary. He returns home to Louisiana, where he moves back in with Vivian (June Squibb), the grandmother who raised him. While trying to keep his head down and rebuild a quiet life for himself, Palmer is haunted by memories of his glory days and the suspicious eyes of his small town community.