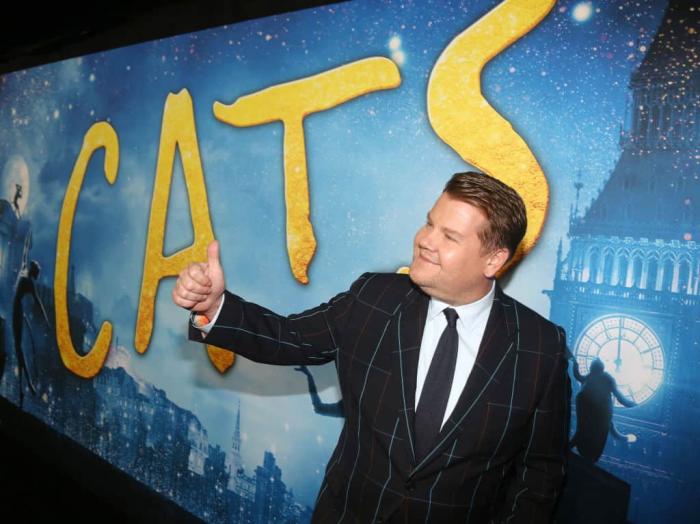 The Sun (via Page Six) reported rumors that James Corden is ‘in line’ to replace Ellen DeGeneres on her daytime talk show. Doesn’t that feel like the ultimate monkey’s paw curse gone awry? The paper claimed that The Late Late Show host and Bustopher Jones himself ‘could be the shock winner after dozens of employees accused the $50 million-a-year presenter of turning a blind eye to racism, bullying and sexual harassment on her hit daytime show.’ While Page Six were quick to note that Ellen isn’t going anywhere anytime soon and her contract is in place until 2022, as is Corden’s.

So don’t worry. This is probably not happening.

But let’s think about this anyway, because it’s always good to start your week off on the right foot.

DeGeneres is in a tough but not inescapable spot right now. Years of rumors and open secrets about her sh*tty behavior and the hostilities rampant behind-the-scenes of her show have finally made it to the mainstream. It’s not just a whispered-about industry tale now — everyone knows that DeGeneres treats her staff — and random people — like dirt and that working on her series is often incredibly nasty. People in the know have been screaming from the rooftops about this for a while, but now even celebrities like Brad Garret are calling it out, and Warner Bros. was forced to instigate an investigation into these allegations, following a report by Buzzfeed. As we discussed before, DeGeneres is more likely to get off scot-free from this than her executives, for whom taking the bullet is in the job description. DeGeneres offered a weaksauce non-apology and will, if she so desires, return to business-as-usual ASAP.

Of course, she could decide not to renew her contract in 2022. It’s not that far away and she’s spent YEARS looking so disdainful of her own guests, audience, and the very concept of hosting a cutesy talk-show that it wouldn’t surprise anyone if she called it quits. So, who would replace her? I’ve talked before about how Kristen Bell is giddily reshaping herself in the Ellen (TM) mold, but it also wouldn’t be wholly surprising if WarnerMedia decided to snatch up CBS’s current questionable golden boy.

Corden has refashioned himself as the theater kid baby Fallon since his move to America. Most Brits will know him more as a lad figure, so the contrast between his transatlantic personas has always fascinated me. He borrows a lot from Ellen too. Carpool Karaoke is definitely a segment DeGeneres would have killed to have on her series. Where Kimmel goes for snark and Craig Ferguson went for off-the-wall surrealness, Corden goes for niceness and good times. If he did a jig now and then, his formula would be near-identical to Ellen’s.

There are… shall we say, other similarities, as Twitter was quick to note.

I'm excited to hear they're gonna be replacing Ellen with someone equally as mean and hard to work with! Happy for him! https://t.co/4FuAXdcxNo

There are so many stories about that dude, it would make your head spin.

All the s**t you've heard/read about Ellen, apply it to James. Seriously. pic.twitter.com/q23FSZxBnz

Replacing Ellen with James Corden to fix a toxic work environment is like a zoo deciding to hire a marauding, in-season gorilla as their head of health and safety.


Honestly, just go ask anyone who’s ever worked in the British comedy scene and they will regale you for hours with stories of Corden’s attitude and behavior. Also, remember when he got called out for trying to advocate for lower pay for writers? ALSO, remember when he won a Tony Award over Philip Seymour Hoffman? That has nothing to do with this. It’s just something I think about a lot.

It would be the most Hollywood thing ever to replace bad with bad, all under the guise of inoffensive Niceness. I would make jokes about equally awful replacement choices but I’m afraid I would jinx it and we’d end up in an even bleaker hellscape.

← Do We Know Who Lizzie Keen's Father on 'The Blacklist' Is Yet? Is It Red Reddington? | Dany Garcia Is The First Woman To Own An Entire Sports League After Buying The XFL With Dwayne Johnson →