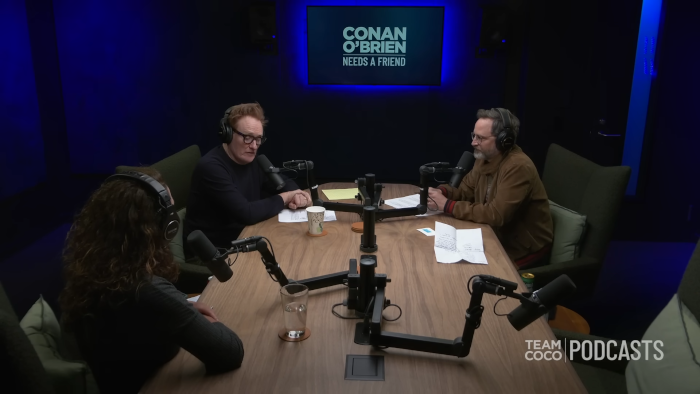 I am 33 years old. Depending on the day, I’ve either got my whole life ahead of me or one foot in the grave. When I was younger, I gravitated toward things that were older than me. For instance, when I was ten, I was obsessed with the Monkees. Still am! In High School, I wasn’t listening to the latest Nelly track; I was burning through a CD set called Have A Nice Decade that my mother had. Seven discs, full of chart-topping hits from the ’70s. It even had news bites! It was awesome.

There may be one person to blame for my tastes. That person is Conan O’Brien. Growing up, I was enamored of The Simpsons. Before the Monkees or Have A Nice Decade, The Simpsons were there. The show is packed with older, out-of-date references. There are songs I recognized in the Have A Nice Decade set because I had heard them on The Simpsons first. Who was a writer on some of the more formative years of The Simpsons? Conan O’Brien. It shouldn’t surprise you that he came under fire for making dated references on his show.

Conan and his producer, Matt Gourley, were mocked by the wonderful Sona Movsesian for referring to things that occurred well before their time. I agree and disagree with Sona’s complaint. Firstly, it is perfectly cromulent to make older references. I like adjusting my references depending on who I’m talking to. I won’t just factor in age, either. Location, upbringing, and pop culture, all are important touchstones. I’ve sharpened these skills as a way to network, and because I have been a bartender for quite some time and I can’t fill my tip jar myself!

However, that method goes both ways. I try to stay at least jokingly current with my references in case I’m talking to someone hip or trying to embarrass my ten-year-old niece. Similarly, I won’t reference CHIPS to someone who only knows of the Dax Sheppard adaptation. Making dated references is fine, but only if the people you are talking to understand them. Otherwise, you’re an outcast. A real Cousin Oliver, if you will.