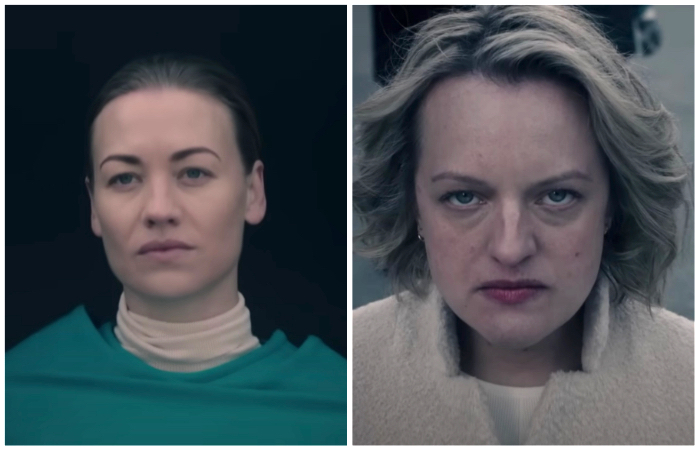 It's a Serena vs. June Showdown in the 5th Season Trailer for 'The Handmaid's Tale'

It is still shocking that Hulu has managed to extract five seasons out of Margaret Atwood’s one-season novel, The Handmaid’s Tale. With The Testaments — the sequel to Atwood’s book set 15 years later — being developed into a new series for Hulu, The Handmaid’s Tale TV series should be heading toward a close soon. The fifth season, which will be without Alexis Bledel — who has departed the series — appropriately pits June versus Serena after the former killed the latter’s husband, Commander Waterford, in the fourth season.

The trailer plays up the battle between the two, which is refreshing given how far afield from the main storyline the series has sometimes gotten. The fifth season will bring it back to June and Serena, although we can certainly expect Aunt Lydia (who will also figure prominently in The Testaments) to get plenty of screentime, as well.

Blessed be this day. The Handmaid’s Tale returns to Hulu on September 14th.