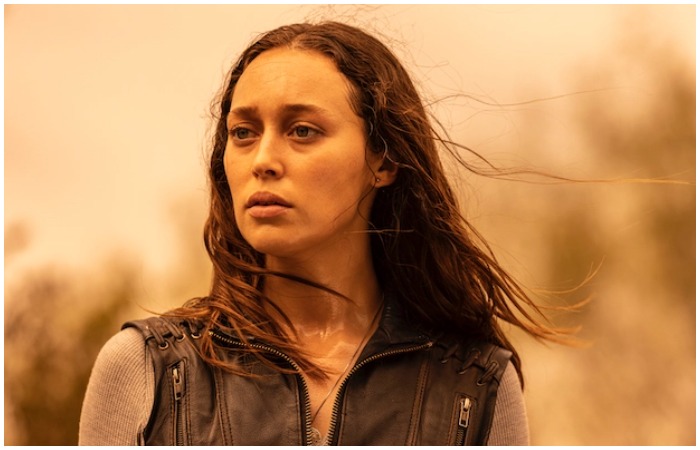 Is There Suddenly a Mass Exodus of 'Fear the Walking Dead' Cast Members?

With four episodes remaining in its seventh season, Fear the Walking Dead seems to be shedding characters again, as it heads toward the seventh season finale. The series hasn’t seen a purge like this since the third and fourth seasons, when the series moved from Mexico to Texas and new showrunners came on board.

A purge wouldn’t necessarily be a bad thing because the size of Fear’s cast had gotten so big and unwieldy that some characters seemed to have disappeared without trace or explanation (a lot of characters have more “credit only” episodes than episodes they have actually appeared in, and also where did Peter Jacobson’s Rabbi Jacob Kessner go? ).
(Spoilers and speculative spoilers for the seventh season).
The problem isn’t that the cast is shrinking; it’s in who the series is shedding. Garrett Dillahunt left the series last April; Maggie Grace left the show this year; and Keith Carradine was killed off this week, along with Omid Abtahi’s Howard. They were some of the better cast members on the show.

The bigger problem, however, is that three of the four longest-serving characters on the series seemed to be poised for departure this season, as well. Alycia Debnam-Carey’s Alicia has been with the series since the beginning, but not only is her character experiencing what appear to be terminal health problems but Debnam-Carey herself has replaced Victoria Pedretti in a Hulu series that will film this summer, the same time the eighth season of Fear will be shooting. She seems all but gone (and her character mostly checked out).

The second-longest running actor on the series, Colman Domingo, is a very in-demand actor (he’s currently filming The Color Purple) whose arc also seems to be running its course. This season, he’s been positioned as the Big Bad. The Big Bad rarely survives (Negan notwithstanding), particularly when all the other characters on the show are gunning for them and the story won’t be able to advance until he’s defeated.

The fourth longest-serving character is Rubén Blades’ Daniel, whose character was left for dead twice before. Now, however, he’s suffering from dementia and seems unlikely to make it to next season. Blades is an incredible performer, but they’ve ruined his character. The third-longest running character, Danay Garcia’s Luciana, meanwhile, has only appeared in 13 of the last 35 episodes, and barely in most of those episodes. Alexa Nisenson’s Charlie — the seventh longest-running character — is also suffering from radiation poisoning and on her way out (as confirmed by the showrunners).

The series has run into a creative dead end (it’s a lousy show now), so it makes sense that some of the more dynamic actors, like Domingo and Debnam-Carey, might exit. Despite the exodus, the series is still anchored to Lennie James’ Morgan, who came over from The Walking Dead in the fourth season. At some point this season, he’ll be joined by Kim Dickens’ Madison, who was “killed off” in season four but will somehow return, as well.

Dickens will be forced to carry the series, along with Lennie James and a dwindling number of spare parts, as it heads into its eighth season, where shooting will move from Texas to Georgia. That might explain, in part, the sudden turnover, or it might be that a number of actors are simply ready to move on. With production moving from Austin to Savannah — and presumably out of the nuclear winter the series wrote itself into — the cast members may have seen a good opening. The question, however, is whether the showrunners — who oversaw three up-and-down seasons before they drove Fear into the ground — will make the transition, too. With The Walking Dead ending this fall, Fear will become the longest-running series in the TWD universe, and if the series expects to make it to seasons nine or ten, a rebuild and a fresh start away from nuclear fall-out seems all but necessary.

← Mike Myers 'The Pentaverate' Is Not Why Netflix Is Cratering, But It Sure Doesn't Help | Hulu's 'Candy' Encapsulates What We Love About True Crime but in a Structurally Disorganized Way →