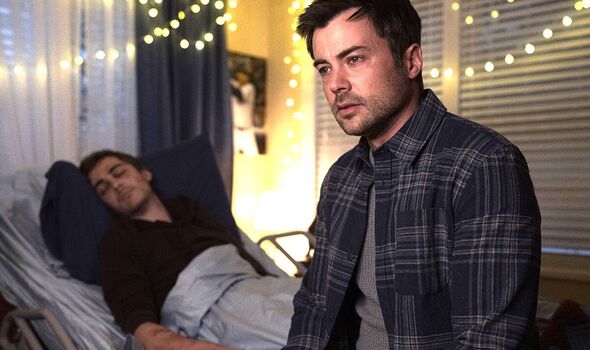 Is 'Manifest' Over Yet?

For the last week, I’ve been writing nearly daily about the fourth and final season of Manifest on Netflix because I don’t have a lot of respect for myself and I use my time poorly. Thankfully, after 10 episodes, it’s over. Right?

Actually no. It’s not. There are still another 10 episodes in the final season, although there is not yet a release date for the second batch of episodes. With the first half of the final season done, we can at least take a look at where things stand now. Here’s an overview of the season, so far.

When the third season ended last year over on NBC, Angelina had killed Grace and absconded with Grace’s baby, Eden. Meanwhile, Cal magically aged five years and is now the age he would be had he never taken Flight 828. This is back when the show made more sense.

Ben spends much of the first half of season four with an unruly beard until he’s finally able to take baby Eden away from Angelina after she blew up Adrian’s Flight 828 compound but managed to survive. Angelina returned to her parents, who became serial killers picking off Flight 828 passengers they believed had been bad influences on Angelina’s Christian values. The serial killer parents quickly became an afterthought. Thanks mostly to Jared and Michaela — who are working together again despite being exes — Angelina’s mom is arrested and her dad is killed. We’ll come back to Angelina momentarily.

The Flight 828 mythology advanced considerably. The big revelations were that 1) Flight 828 flew directly through “divine consciousness,” which is basically code for God’s soul; 2) the callings that all the passengers receive are actually memories communicated to them from God; 3) sapphires give passengers the ability to directly communicate with God via the God Frequency; and 4) the Omega Sapphire — retrieved by Eagan and Michaela and stolen by Angelina — gives the person who possesses it tremendous powers. From God. Yes, the God.

To wit: Angelina steals the Omega sapphire from Eagan and uses it to manufacture her own callings, like creating a fake Grace who talks to her husband Ben despite being dead. When Grace tells Ben to give Eden back to Angelina, Ben sees right through it and runs away with Eden (he realizes that the Fake Grace has different color eyes, but up until then, he did not question the fact that his dead wife was talking to him). Angelina loses it and goes full supervillain. She uses the sapphire to create some sort of floor-is-lava situation with the 828 passengers in a church. Then, from within a calling — a dream world set on Flight 828 — a dying Cal and Angelina face off, and Cal destroys Angelina’s sapphire with the dragon scar on his arm (see below).

Elsewhere, the cops have most of the Flight 828 passengers locked up in the Registery — where Jared works now — while the feds have seized all of Vance and Saanvi’s research.

Over the course of the season, Zeke’s addiction gets the best of him as he falls off the wagon because his powers of empathy — he can absorb other people’s pain — weigh too heavily on him. Cal’s cancer, meanwhile, returns, and by the midseason finale, Cal is minutes away from death. Zeke is caring for him, and moments before Cal dies, Zeke decides to sacrifice himself. They all learned that the “Death Date” — June 2nd, 2024 — is not just when the passengers will die, but when all of humanity will die, and Zeke reasons that Cal is better situated to save humanity because the dragon scar that Cal somehow absorbed from Henry Kim is now itself sapphire. Yes, the scar tissue is made from sapphire.

Zeke uses his empath powers to absorb Cal’s cancer. Cal lives. Zeke dies. Michaela is sad (but not so sad that she’s not going to steal Jared away from Drea and hump him unconscious in the final 10 episodes).

In the final minute of the episode, after the church comes crumbling down, Angelina rises out of the debris and finds a shard of the omega sapphire. She has to reach into the fire to get it, and when she does so, the sapphire melts into her hand. Basically, Angelina and her sapphire hand will now be pitted against Cal and the dragon-shaped tattoo on his arm in the final episodes. 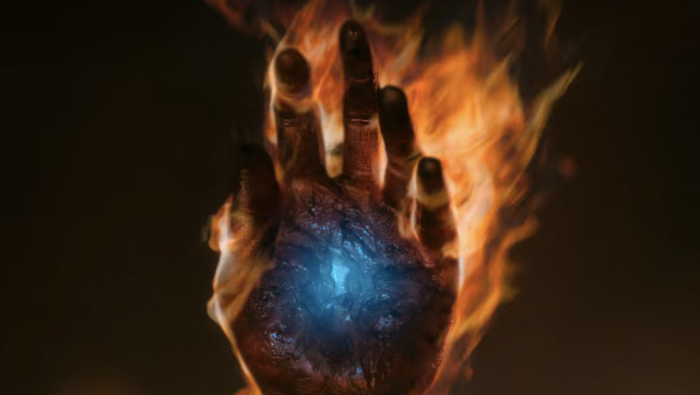 ← 'Atlanta' Series Finale Recap: Was It All a Dream? | Twitter Users Ponder the Dumbest Tweets They've Ever Seen →