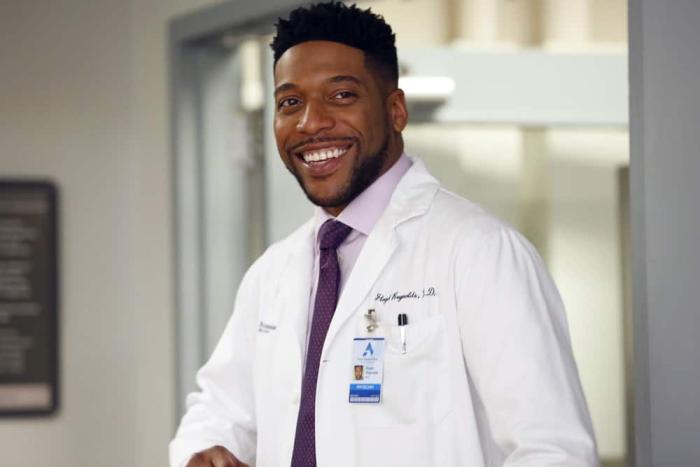 It’s been a couple of bizarre seasons for New Amsterdam, the big-hearted NBC hospital drama with a phenomenal cast and a sentimental streak. Last season, it had to juggle the pregnancies of two cast members, both of whom were temporarily written out of the series (while one was eventually killed off).

Meanwhile, in its second season, New Amsterdam’s Dr. Floyd Reynolds (Jocko Sims) left the New Amsterdam hospital for another one on the West Coast (where his fiancee resides), and there was some question about whether Reynolds would return, or if there’s a planned New Amsterdam spin-off in the works pinned to his character. Viewers may have expected this to be resolved before the end of the season, but production was suspended in mid-March, meaning that the season finale that aired this week wasn’t meant to be the season finale, and the storylines written for the rest of the season will be added onto the beginning of the third season (the show has already been renewed through season 5).

But it still doesn’t truly answer the question of whether Dr. Floyd Reynolds is returning to New Amsterdam. In an interview with Cinemablend last month, showrunner David Schulner didn’t do a particularly great job of erasing the ambiguity. In fact, it’s more confusing than ever. Here’s what he said when asked if Dr. Reynolds would return:

I don’t think so. I think there are plenty of opportunities to see Reynolds. He’ll always have a home there at New Amsterdam if he wanted to come back. There’s opportunities for him to come and participate if his skills were needed for a particular surgery. There’s possibilities for spinoffs [or] they could take some of the story to the West Coast, and he’d still be on the show.

It sounds to me like Reynolds has left New Amsterdam — the hospital — but he hasn’t left New Amsterdam, the show, although it appears that his role will be reduced (hence the addition of Daniel Dae Kim’s trauma surgeon character) until Sims joins a potential spin-off set on the West Coast.

The world’s current situation actually may make such a spin-off even more likely. Pilot season has essentially been canceled, so when shows return (presumably) in the fall, networks are going to want to ramp up production quickly and familiar shows or those with familiar characters are more likely to get the greenlight. A Dr. Reynolds spin-off would likely fall into that category.

Sims, in the meantime, has been keeping in contact with the rest of the New Amsterdam cast as they await the show’s return in the fall.