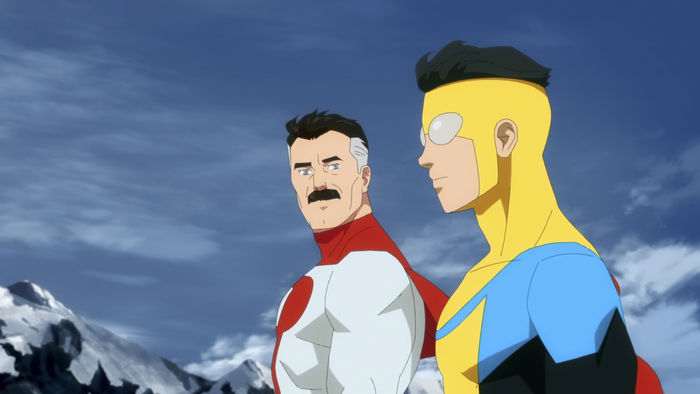 It’s been two years since the season finale of Invincible traumatized us, yet it never tamped down on our eagerness for season two. There’s been some talk that it could happen sometime in 2023, but with the laborious process of animation, getting a fix on a release date is its own undertaking. Happily, we finally know when to expect the second season, thanks to the teaser that was released this past weekend. OK, so there’s still not an exact date just yet (again, animation is a beast, though a worthwhile one to be certain), but the good news is that as far as teasers go, it’s one of the best I’ve seen thus far:

If forced to guess, I’d say we’re likely looking at a late fall premiere, which may feel like an eternity considering that we’re still in the depths of winter, but it will be here before we know it. For now, I can definitely make do with Mark (Steven Yeun) and Allen The Alien (Seth Rogen) hanging out over some burgers, pickle slander aside.

Kaleena Rivera is the TV Editor for Pajiba. When she isn’t still yelling “Think, Mark, think!” whenever applicable to any given situation, she can be found on Twitter here.