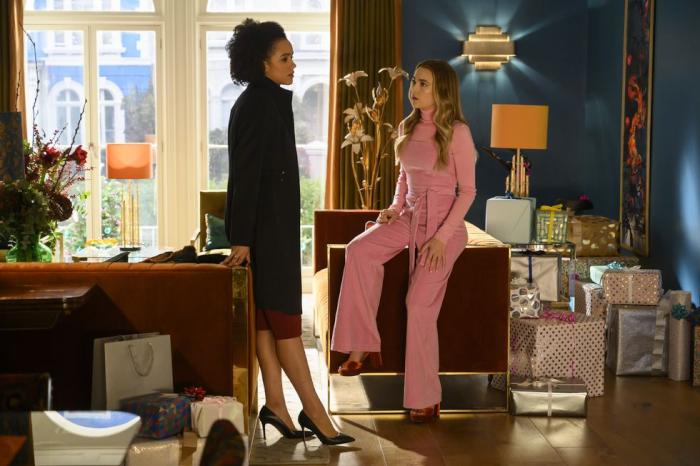 I can’t remember when I first noticed the fashion in The Mindy Project — especially the clothes on Mindy Kaling. They were colorful, fun, feminine, and tragically not in my own wardrobe. 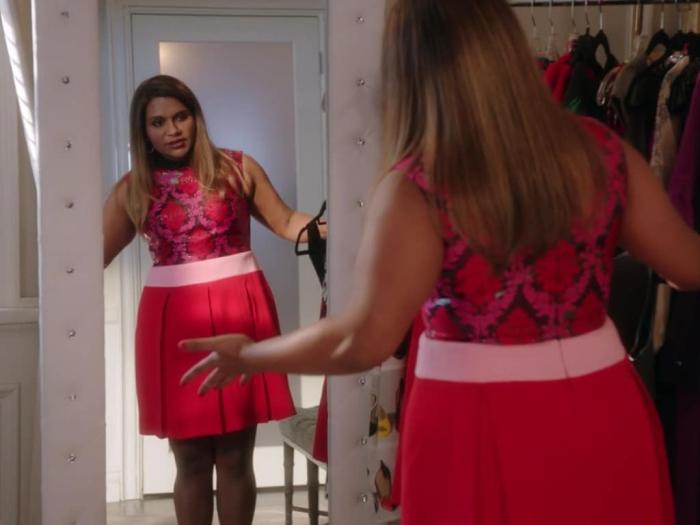 One day, I realized that regular humans could probably find those clothes for themselves, and thanks to the wonder of the internet I did just that.

I discovered that The Mindy Project’s (and often Kaling’s personal) costumer was Salvador Perez, and there were lots of blogs and such that showed you where to get said clothes. Sadly, I also discovered that most of those clothes are also $$$$$.

So, when I heard that Kaling was involved with the Four Weddings and a Funeral TV adaptation for Hulu, I felt like this:

Because Perez did the clothes for Four Weddings, too.

It makes sense. Like The Mindy Project, Four Weddings and a Funeral is a celebration of romantic comedy. And as such, the show’s look and color palette are bright, happy, and candied. And I am here for it.

The dudes, in general, are more muted, because: Straight dudes. But they still have their moments.

Duffy, as a kind of nebbishy nerd private school teacher, spends a lot of his time in shlubby teacher clothes. But they’re quintessential teacher clothes, e.g.: this toggle coat lewk. 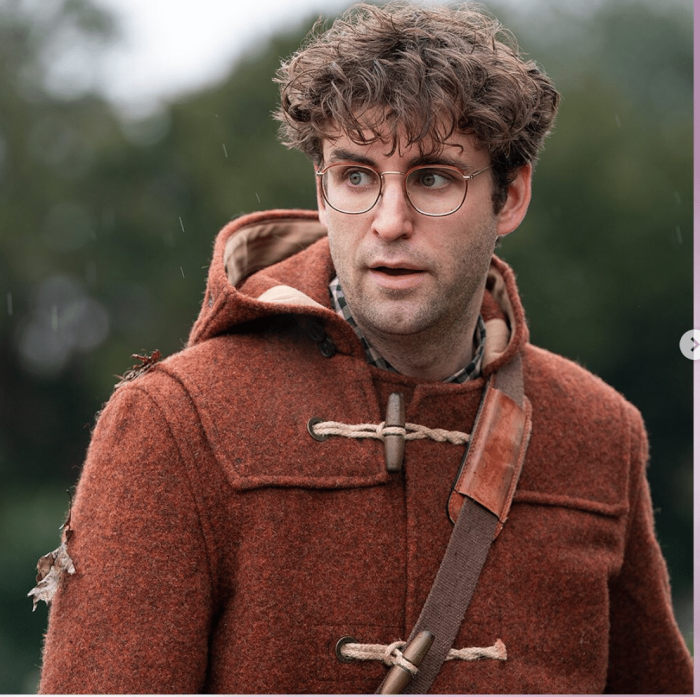 Kash is mostly a finance work clothes kind of guy, but that man can wear the hell out of a turtleneck and a chunky sweater.

Things start to perk up with the Tonys. Oh how I love the Tonys. 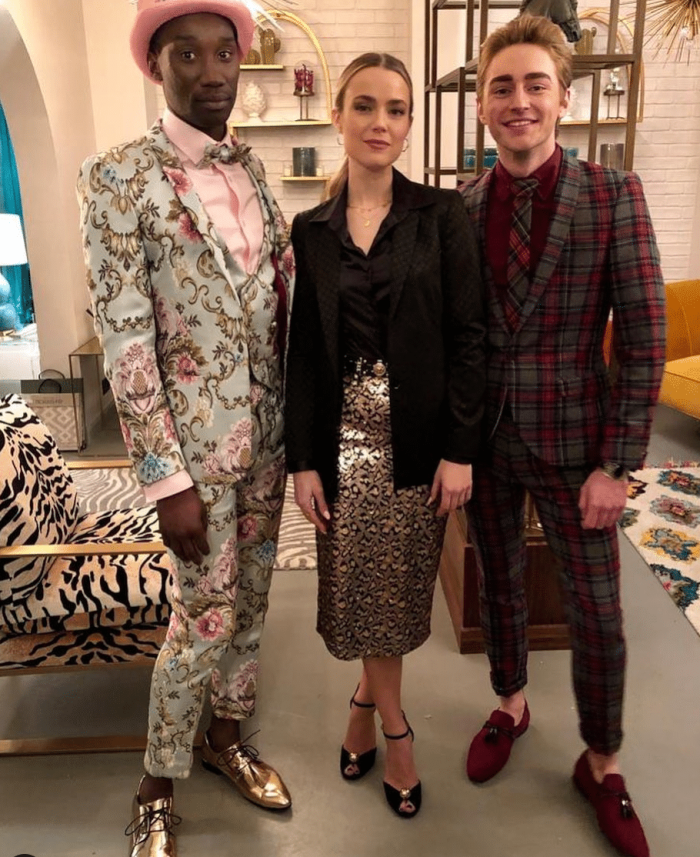 When we get to the women, Perez really starts to have fun. Maya is our everywoman and she works in politics, so she mostly wears profesh everywoman office wear — or at least profesh and everywoman through Perez’s eyes.

But when she gets to let loose, the fantasy comes into play and Maya wears things like this chartreuse velvet number that I will forever envy: 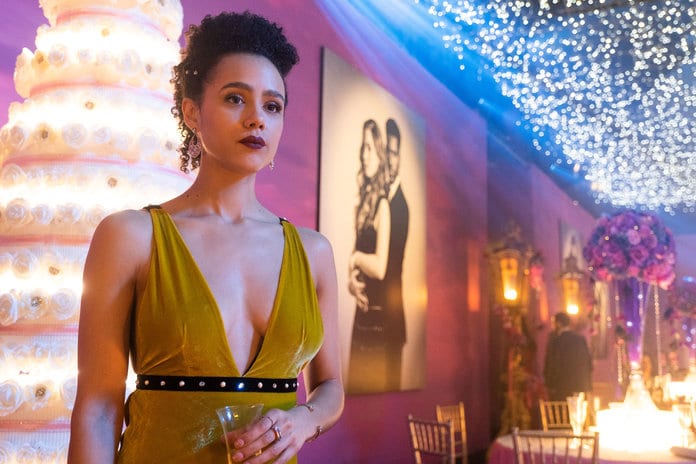 Gemma is a typical uptight upper crust mum, so she gets lots of non-revealing, proper blousy things, but the color is starting to creep in like with this little number: 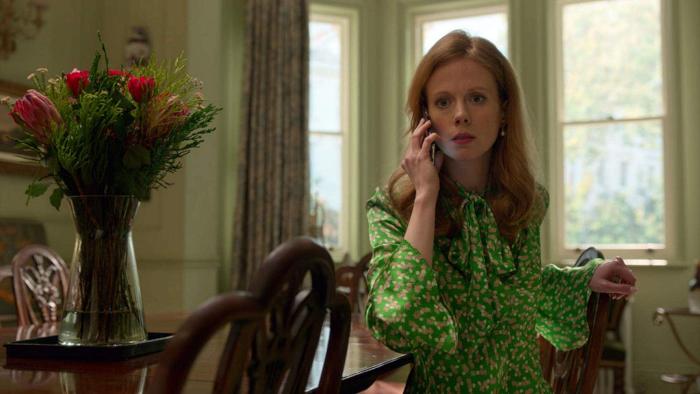 For her part, Zara serves us tacky, reality-star-wannabe realness with her painted-on, lowcut, and stark primary colors. 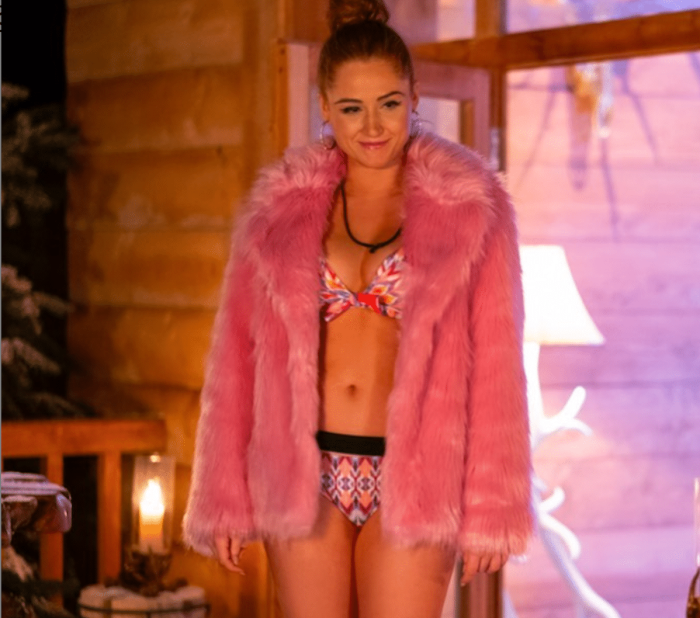 And Ainsley. She is Perez’s muse. She is where he really comes to play. She is a fancy designer fashionista and I want literally every last thing he puts her in. They are often monochromatic and always equal parts fun and adorable AF. She is a goddamn confection. To wit: 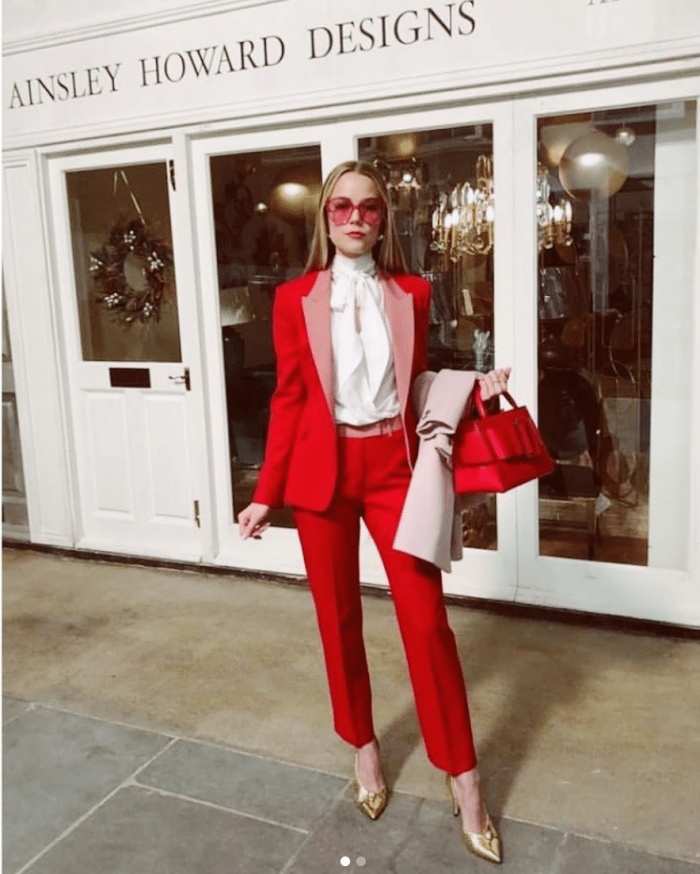 She wears rakishly paintsplattered jumpsuits and has 7 billion different coats and even insane fascinator/headbands: 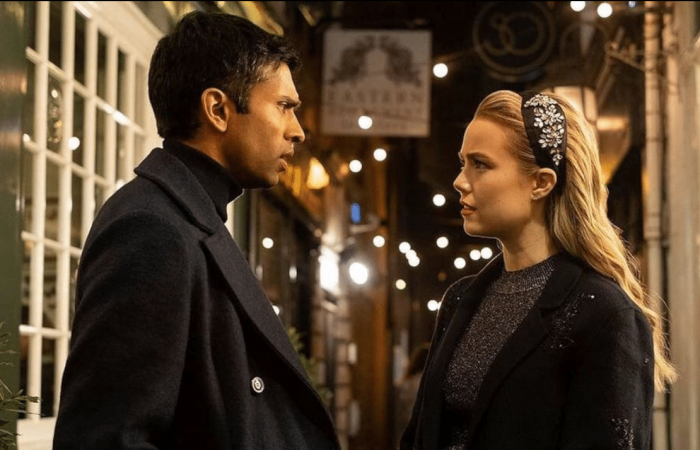 And it all looks gorge. Is it realistic that no one would ever say, “Hey those are giant bows on your sleeves” or “Do you really need those heels to work at home?” but Perez has created a delicious world where her clothes (and expensive house and lifestyle) is de rigeur. It’s a delightful romantic comedy universe where we can hang up our cares — and our shapeless Target brand jersey tees — and just feast in the cotton candy beauty of cape coats and funerals where everyone wears this: 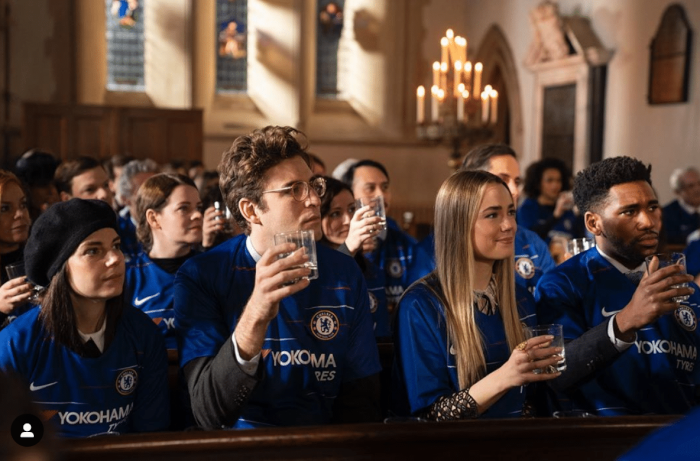 Or weddings where everything seems citrine and magenta, and where everyone is dressed like this: 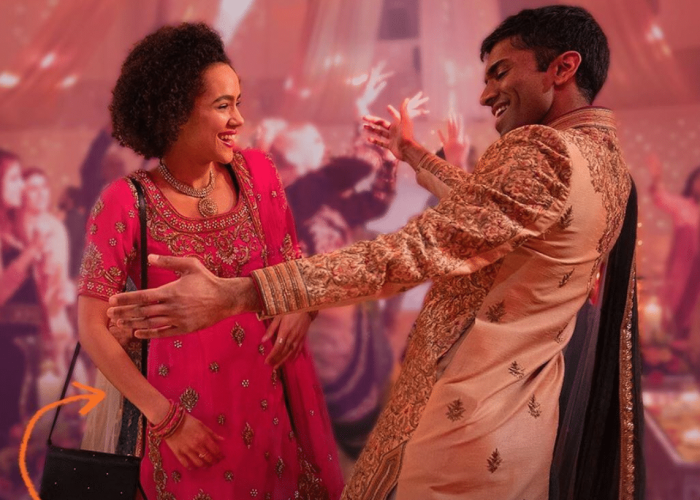 I guess what I’m saying is, it is Salvador Perez’s gorgeous lovely world, and it’s a privilege just to get to visit in it.