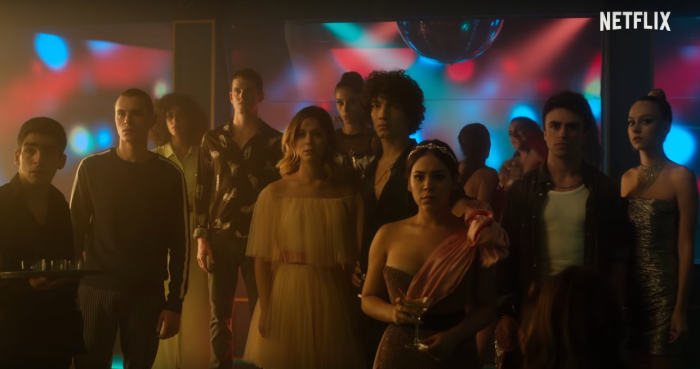 (This review is almost entirely spoiler-free)

When I reviewed the first two seasons of Netflix’s Spanish-language hit, I opened by saying that, ‘It is quite likely that should you give it a watch, you will hate 90 percent of the characters in the two seasons so far available of Élite.’ There’s a lot of nuance hidden underneath that splash of a sentence, but broadly speaking it holds true. Much the same way that many of us can love Friends, the show, we can all also admit that the characters therein would be pretty terrible people if transplanted into every day life. That’s just the way fiction and entertainment works sometimes. In stark contrast to Friends, however, where the characters largely become more broad, two-dimensional, Flanderised versions of themselves as the show goes on—a phenomenon shared by many other sitcoms—the protagonists of Élite gain depth as the story continues.

And indeed as it ends. Because that is what Élite’s third season, which premiered recently on Netflix, concerns itself with: The conclusion of a three-year story arc, and the graduation of our colourful cast from the prestigious, prohibitively expensive, and—shall we say—eventful halls of Las Encinas academy. It is a satisfying and emotive conclusion, filled with all the sex and drama we’ve come to expect from the slick, well-written show, as well as a surprising amount of closure for TV shows these days. In contrast to many stories that just seem to run on and on as long as viewing numbers remain high, the three seasons of Élite do feel like a planned, thought out story, with a definitive, dramatic structure in place. The show’s first season was a murder mystery wrapped in class and culture clash. The second concerned itself with the fallout of the reveal of that mystery, as well as the often unsatisfying, unjust conclusions that wealth skews reality towards. And the final season functions as almost a mirror of the first, as we witness another murder—related to the first season’s—right at the start of the first episode, and we then wind our way towards the fateful night when it happened, flashing back and forth between the police interviews immediately after, and the weeks leading up to it. It is damn gripping, involved stuff. Élite keeps you guessing, and everyone is given a clear motive. In the grand tradition of the genre, everyone’s a suspect.

As with the previous two seasons, however, though the murder may be the gripping hook at the heart of this story, it’s not why you keep watching. You come back for the characters. These are impressively well-drawn people, with competing wants, needs, hates, desires, and weaknesses. And yes, the vast majority of them are incredibly wealthy. Or rather, it should be said, their families are incredibly wealthy. As minors, they technically don’t own any of that wealth yet, though they do live off its spoils. That’s always been one of the most compelling parts of Élite—watching the toxic psychological effects of extreme wealth on developing minds, inculcating into them a twisted worldview in which those in possession of that wealth are special, and naturally deserving of more than those without. Élite portrays its hyper-privileged characters with plenty of critique reserved for their ridiculous lifestyles (even as it admittedly luxuriates in the opulent aesthetic it often leads to), but it never forgets that these are still (just about) children, and their birth circumstances were not of their making. It is the system that is to blame. By the time the sun is coming up on that final, tragic night at the centre of the third season and we watch these people all graduate and go on their separate ways after growing closer in a variety of often unexpected ways, we might still hate the system that they represent, but we can’t help but have a lot of affection for them too (for the most part anyway). You can thank not only the strong writing for that, but the uniformly excellent, young cast, who perform wonderfully and with conviction throughout. It is hard to pick a highlight, though Valerio (Jorge López) and Rebecca (Claudia Salas), the two new additions from last season, continue to be excellent, further entrenching the class commentary of the show even as its main dynamic drifts away from that, and it is the sweet, conflicted Omar (Omar Ayuso) who remains in many ways the most compelling and sympathetic character throughout and until the very end.

Except, and here’s where it might look like I’m about to contradict myself after all that talk about planned endings and whatnot, it’s not the end. Not quite. Season three concludes with a few of the characters unable to graduate, and we see them reuniting in the halls of Las Encinas at the start of the next academic year just before the credits roll. Netflix has also announced that the hit show has already been renewed for a fourth and fifth season, so clearly this narrative still has legs, and although firm details are currently light on the ground, it does seem pretty certain that the show will use the returning characters as a means of transitioning to a new generation of students and their inevitably scandal-riven stories. The few old favourites that remain will see some of the closure that their classmates got, and we will see how they might impact the new future rulers of the world rising up around them. If Netflix follows the same release schedule as it has thus far, it looks like we can expect to see these stories start to blossom in March 2021. I for one will almost certainly be tuning in. The sun may have set on the wars and trysts of the maturing class we’ve come to know and sort of love, but new fires will flare even before the ashes of the old are swept away as surely as blood begets blood and wealth begets wealth.

← 5 Reasons You Must See 'Nailed It!' Season 4 | Spoilers: The Simple, Bleak Ending of Netflix's 'The Platform' Explained →