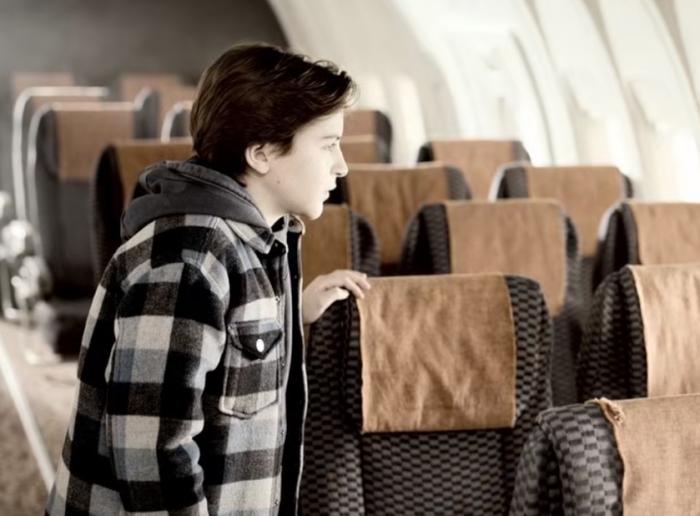 In a Nutshell, What Exactly Is 'Manifest' About?

Season four, episode 8 of Manifest, “Full Upright and Locked Position,” is the episode where both of Angelina’s parents are outed as serial killers. The dad is killed. The mother is arrested. Zeke gets shot in the leg, but no one else dies. Oh, and Olive’s boyfriend TJ is back from Egypt.

What is Manifest About?

In 2013, Flight 828 left Jamaica and landed in New York City in 2018. For the passengers of the plane, it was a completely normal flight, save for some turbulence, but when they landed, their friends and families had, in many cases, moved on without them.

The writers, who started making shit up from the very beginning, gave these passengers visions referred to as “callings.” The Callings would often lead passengers to important moments: Crimes to be solved, murders to be disrupted, meth heads to kill, and clues to be obtained. They also discover that Flight 828 actually exploded, but all the passengers were resurrected and given a Death Date. A Death Date refers to the date when a resurrected person faces their second death, which happens in the exact amount of time that had passed between their original death and their resurrection. Got it? For the passengers of Flight 828, their death date is June 2, 2024.

The writers of Manifest make up shit as they go along, and here in the fourth and final season, they’re doing their damndest to square revelations with past episodes. A piece of driftwood from Noah’s Ark coated in sapphire, for instance, is involved when it’s dislodged from the Earth by an earthquake that also dislodges the tailfin from the version of Flight 828 that crashed and killed everyone. The “callings” are also passed from parent to child, and the mother of the child can experience callings even if the mother herself was never on the plane.

The gist of the story is that they are trying to figure out what happened, and with 12 episodes remaining, they’ve basically sussed out that Flight 828 traveled through God’s soul, which they call the divine consciousness. The “callings” are actually memories from the future communicated to them from God. The callings are random, but they believe through the use of a sapphire — an Omega Sapphire, to be specific — they can tune into the “God frequency” and receive an all-you-can-eat buffet of callings.

In short, Manifest is about the 191 passengers of Flight 828 who died, passed through God’s soul, were resurrected, and now receive visions of the future from God. Their end goal is to obtain the Omega Sapphire, which will give them a direct line to the Lord Almighty.


← The USWNT Has Lost Three Straight Games For The First Time Since 1993 | Marc Maron Recalls Heated Interview with the Difficult, Bigoted Gallagaher →