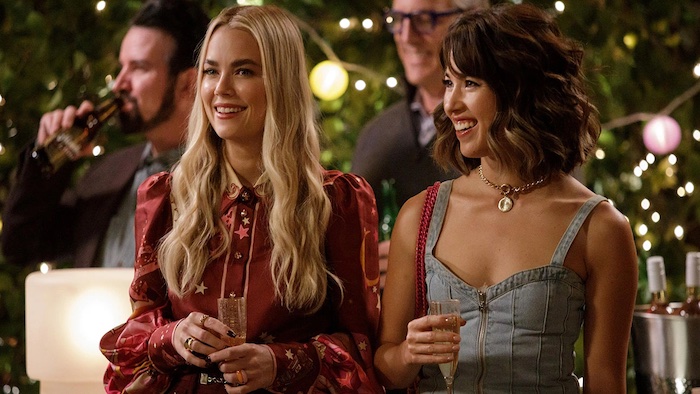 Shows like Hulu’s Maggie are insufferable. I don’t mean the unnecessary plot device used to elevate what, otherwise, would be a pretty straightforward romance (our lead is a psychic) or even the predictable, coupled-off friend group that accompanies the main characters. No, the most excruciating aspect is the inherent need for the set design to look so shiny and so polished that it might as well be a screensaver of a Home and Garden layout rather than places our characters, with their physical selves, occupy. Plenty of sitcoms are guilty of this type of design, from Modern Family to spinoff series (also Hulu) How I Met Your Father, and The CW dramas seem perpetually drawn to these types of sterile living situations for their characters. That said, Maggie — unassuming and precocious Maggie — takes the cake with such a cultivated and coordinated look that it results in an effect that is distractingly inauthentic.

It might be Malcolm in the Middle’s fault that I’m so bothered by this. Having recently rewatched an episode of the show, I remembered the tactility of the series and the home Malcolm and his family lived in, the kitchen and living room always in constant states of disarray as if one item could make everything, precariously, messily placed, come crumbling down. It looked like homes I’d seen and lived in, where every space was occupied by something that had another home but still found its way out into the open.

This isn’t a millennial shaking a fist at cloud type of moment of “remember the good ol’ days of television,” but great shows are great because of work from the bottom to the top of production, and a show like Maggie immediately shines a light on its limitations through how it looks. Somehow, it’s modern in the overly dressed and styled way so many modern, forgotten comedies are, from the way the characters themselves are styled to the hollow, devoid of personality bars they frequent while simultaneously feeling dated due to hollow and lifeless settings. I don’t believe anyone in this world would sit on a piece of furniture.

This is a major grievance, but I buried the lede by not saying outright that from page to screen, there’s no shining aspect of the series. Even Rebecca Rittenhouse as the titular character and Superstore actress Nichole Sakura who, at the start, at least shared a believable camaraderie, don’t make it through the show unscathed; each character is too affected to come across as natural.

Maggie is a psychic, a fact that is seemingly accepted (though it’s tough to decipher just how legitimate people in her life find the skill). While working a gig at a party giving out fortunes to scheduled clients, she sees a glimpse of her future through that of a stranger, Ben (David Del Rio), a man who has been hitting on her throughout the night. Of course, all is not what it seems and what she believes to be a potential romance quickly becomes a reality of having misread the signs.

Rittenhouse is doing the best she can with the material. Similarly, Sakura delivers what she’s able to with jokes that seem like they were written by a machine rather than an actual living person. Overall, the show loses us mere seconds into the premiere episode. There’s no hook. Sure, there’s a playfulness to Maggie being a psychic but people my age will remember how Disney series like That’s So Raven with, what I have to imagine, was a much smaller budget, made the moments she saw into the future almost as interesting as Maggie does with its soft, aesthetically pleasing smoke screens that show slideshows of potential outcomes.

What is, presumably, meant to be the central, romantic relationship does little to engage us as well. Rittenhouse and Del Rio don’t share a chemistry that has us wanting their love lives to get in order. There’s little to no explanation of what would draw these two people together in the first place. While it wouldn’t have had the factor that makes it stick out from the pack, Maggie might’ve weathered better had it tossed the psychic element and instead solely focused on the friendships and romances that make most hangout sitcoms (the best ones) such comforting watches. We want to hang out with the group of friends in New Girl; after two episodes of Maggie, I’m not sure I could’ve told you, unassisted, what the main characters’ names were (outside of Maggie herself, of course.)

I’m sure plenty will find it charming enough, and I’d be lying if it didn’t scream ‘insomnia watch’ for those who need mindless entertainment to lull them to sleep. However, in a year where there are so many incredible shows to watch — both currently airing and ones to catch up on — Maggie is little more than a title that takes up space on an already full docket. Watch Only Murders in the Building, Abbott Elementary, or Heartstopper for all things quirky, slice-of-life, and/or romantic to get your fill on any or all three. The latest from Hulu isn’t worth the time.


← Twitter Users Ponder the Best Films That Take Place Within 24 Hours | Reese Witherspoon, 'Where the Crawdads Sing', and the Dark Side of the Perfect Book Club Read →