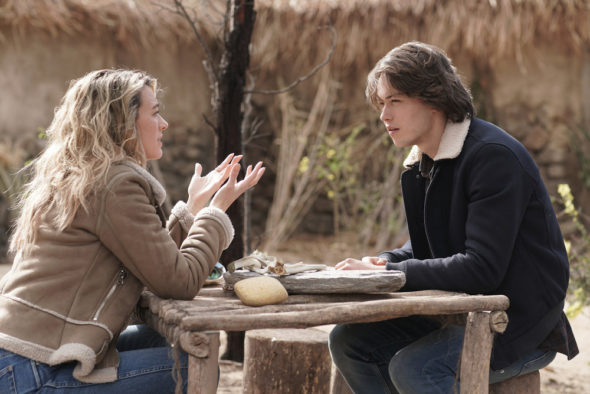 One of the major appeals of Hulu, particularly for those without cable, is that the streamer basically reairs television shows from ABC, Fox, and NBC the next day. Starting next month, however, you can scratch NBC off that list.

This has been a long time coming. Hulu is owned by Disney, and NBC is owned by NBCUniversal. NBCUniversal is trying desperately to get people to watch more Peacock and, so far, Killing It and Bel Air ain’t cutting it, although you should be watching Rutherford Falls.

But what if NBC pulled all their programming from Hulu? Would you subscribe to Peacock then? Eh. Sure, NBC still has SNL, but you can actually watch that on YouTube the morning after it airs. So what else does the network that aired The Office, Community, 30 Rock, Friends, Seinfeld, The Good Place, This Is Us, and Parks and Recreation have to offer this fall?

There is Sunday Night Football, but that didn’t air on Hulu anyway. Beyond that, well, there are three hours of Law & Order, although the revival of the OG has been terrible. There are also three hours of Chicago shows (Fire, Med, P.D.). There’s, uh, Dateline, and also The Voice. Are you tempted to subscribe yet? How about the last season of New Amsterdam? No? Huh. And what about sitcoms? NBC has always been known for its sitcoms! Well, there is Young Rock and Lopez vs. Lopez. Yikes.

The only other programs on the fall schedule that you won’t be able to watch on Hulu this fall are … La Brea (hahahahaha) and Quantum Leap, which might be good, except that the original showrunners — from La Brea — had to be replaced with Martin Gero, the guy behind the middling Keep Breathing. That doesn’t inspire a lot of confidence, at least not enough to subscribe to Peacock.

Then again, NBC is a broadcast network, so if you don’t have cable and want to watch Quantum Leap badly enough, you can still crack out the rabbit ears and watch with commercials (kids, rabbit ears are what we used to call TV antennas, which allow you to receive fuzzy pictures from broadcast networks without cable or Internet if you hold the antennas in just the right way and stand in one certain spot in your living room without moving or you’ll lose the picture!).


← In Court Docs, Olivia Wilde Slams Jason Sudeikis for Serving Her Publicly; Sudeikis Responds | 'The Resort' Is a Perfect End of Summer Show ... So Far →