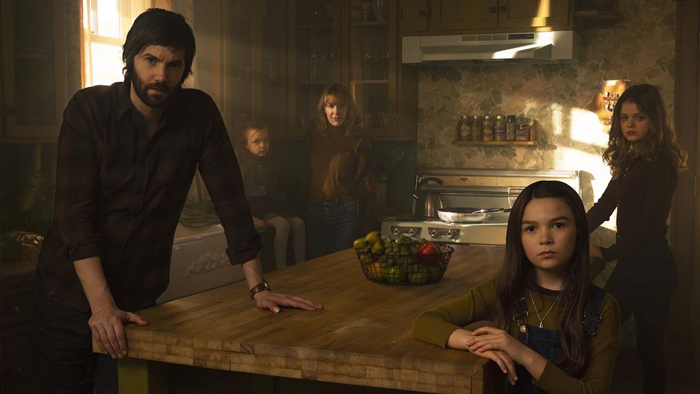 Inspired by the true story of Hilde Lysiak, Home Before Dark follows a 9-year-old reporter as she untangles a decades-old murder case. The ten episodes of Season 1 retrace the steps of the original investigation, unearth new evidence, and fingers a new suspect, before bringing to light a shocking reveal that raises new questions.

Here are the lingering questions we suspect Season 2 of Home Before Dark will answer.

What really happened to Richie Fife?

For 31 years, the people of Eerie Harbor believed 11-year-old Richie Fife was abducted, maybe molested, and murdered by the convicted Sam Gillis. Thanks to the effort of Hilde Lisko and her family, at long last exculpatory evidence was made public that pushed the police to pursue other suspects. A surveillance video led to a re-examination of the suspect’s van. Hilde recovered Richie’s jacket so it could be DNA-tested, which revealed the blood on the clothing came from a woman. Specifically, Principal Kim Collins’ mother, Carol.

Pressed for details, Carol spilled an avalanche of secrets, including her criminal past as a convicted car thief. In the 1970s, she had another name, another life, another family before she settled down in Eerie Harbor. Then, her fresh-from-prison brother Zeke and his “sinner” tattoo came crashing back into her life. He told her he’d been hired by a friend of the Fife family to kidnap Richie and whisk him away from his abusive father. Zeke demanded Carol be his getaway driver for the abduction, or else he’d have to call in a shadier cohort. Carol agreed in part to protect her cozy new life and her beloved daughter, and in part to protect Richie by being a getaway driver who cares. She failed on both counts.

According to Carol, the abduction went off the rails when Richie fought back using the butterfly knife that Sam had given him for self-defense. When Richie tried to leap out of the van, he took a bad spill. Carol pled with Zeke that they had to get the boy help. Fearing Richie was dead, Zeke took off with the kid and the van, leaving Carol in their dust. Carrying—and bleeding on—Richie’s jacket, Carol walked home where she received a phone call from Zeke. He feared he was bleeding out, but got into his van as the sound of sirens drew near. Over the phone line, Carol heard a horrible crash. Then, she joined the search party for the missing boy and planted the jacket back at the scene of the snatching.

This confession pushes the authorities to drag the lake, where Zeke’s van and corpse are discovered. However, there’s no sign of Richie’s body. A broken window, child’s shoe, and a discarded tire iron suggest the cold water awoke the boy, who busted his way out. The final sequence of Season 1 shows Richie’s escape, leaving him gasping but alive on the shore of the lake.

Thus, Sam is not guilty (though still in prison). Zeke is guilty but dead. Presumably, Richie is alive, but where did he go? This mystery will likely be the thrust of Home Before Dark Season 2.

Who hired Zeke to kidnap Richie?

The physical abuse that Richie endured at the hands of his father, future mayor Dr. Fife, was not widely known. Matt and his friends didn’t notice the bruises on Richie’s arms, but Sam Gillis did. That’s why the then 18-year-old gave the young boy a butterfly knife to protect himself. Sam also told the police about the bruises, which means Officer Frank Briggs Sr. was aware of the abuse shortly after the abduction. 31 years later, when Matt confronts Mayor Fife about the abuse allegations, the mayor admits, “The last day I saw my kid was my worst.”

All this secrecy supports that Zeke was telling the truth when he said it was someone close to the Fife family who hired him. Could it have been Richie’s mom? The first wife of Dr. Fife is not present in Season 1. We’re told that after Richie’s disappearance, the couple divorced and she left town for good, leaving her daughter and husband behind. We’re also told she became obsessed with the tipline and the messages from that sketchy psychic. “She wanted more hope,” the mayor said, “She wanted more Richie.”

The first Mrs. Fife is largely a mystery. What if she was fed up with watching her husband batter her son, but feared she couldn’t easily divorce the not-so-good doctor because of his wealth and reputation within the community? Perhaps she hired Zeke with the goal of meeting up with Richie later. That would explain Mrs. Fife’s desperation. When Zeke never called she must have feared something went wrong and her son was dead. So, she looked for him and hope through the tipline and seances.

In a second season, Hilde and her dad could track down Mrs. Fife to get her side of the story.

What’s the deal with Kim’s dad?
While Carol and Kim Collins work together at the school as librarian and principal, Roger Collins lives in the woods, getting drunk, being surly, and haphazardly looking after a near-feral dog. We only see him briefly in Season 1, when Matt and Frank Jr. ask him about the burnt bike. From there, Frank Jr. reveals that Carol and Roger split up and he took up in the woods, where his mental health has been on the decline. Even when Carol was fingered for Richie’s abduction, Roger didn’t resurface. This leads us to wonder what does he know?

As a kid, Kim told Matt she believed her parents were hiding something, like money troubles or an infidelity. In the present, she learns her mother was hiding the horrible truth of Richie’s disappearance. So, did her dad know? Roger is strangely absent from both versions of Carol’s account of that night. Was he a co-conspirator she’s trying to protect? Did he discover the truth later and was driven mad by his wife’s deceit?

I predict in Season 2, we’ll learn what secret’s Kim’s dad has been hiding, and it won’t be pretty. Between Frank Sr., Sil Lisko, Dr. Fife, and even Matt, Home Before Dark has a running theme of fathers failing their children. So, I suspect Season 2 will reveal how Kim and her dad came to be estranged.

Why is Sherriff Briggs so dead set on Sam’s guilt?

In 1988, Briggs defended his arrest of Sam Gillis to Carol Collins by saying, “Those people. That family. That is the type. Textbook.” Despite an appalling lack of evidence, Briggs profiled Sam. He looked at this stoner dropout who gave beer to kids and buddied up to young boys. He looked at Sam’s rocky home-life with an allegedly suicidal father, a catatonically depressed and widowed mother, and no parental oversight. There is also a racial element, as Sam is an indigenous teen accused of the murder of a rich little white boy. Briggs went with his gut, railroading Sam by disposing of exculpatory evidence, pursuing murder charges without a body, and bullying his own son to give false witness.

For catching this perceived boogeyman, Briggs was rewarded by being elected Sherriff 30 years and counting. So when Hilde started sniffing around, his motive to throw her off the scent is defense of his career, his legacy, and his son. But was this his only motive?

Throughout Season 1, Home Before Dark has set up seeming villains only to reveal their good sides too. Principal Collins wasn’t a killer, but a good friend trying to help Penny Gillis get her brother out of prison. Frank Briggs, Jr. is a bad cop, but also a good neighbor to the ailing Sil Lisko. Carol Collins is a child abductor and liar, but also a devoted mother. Yet Sherriff Briggs has been a devotedly corrupt bully all season long. Could a new reveal complicate his character? Could Briggs be in cahoots with Mrs. Fife?

If it was Richie’s mom who plotted the abduction, how would she have known Zeke? It’s not like she took out a personal ad looking for a desperate-for-cash ex-con. As Zeke had a long criminal record, it’s possible he and Briggs had crossed paths. Perhaps the frustrated mother turned to her cop buddy for advice or a referral for a dirtbag who’d do dirty work. Then, when things went sideways, Briggs framed Sam to protect himself as well as Mrs. Fife. Or maybe Briggs is just bad to the bone.

We’ll find out if Home Before Dark gets a Season 2.

← Let's Talk About the Ending of Season 3 of 'Ozark' | 5 Shows After Dark: 'Modern Family' Series Finale on ABC, 'The Masked Singer' on Fox →