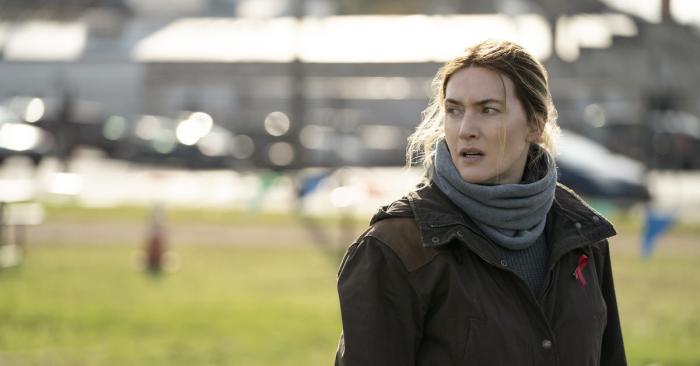 Here's a Really Messy but Plausible 'Mare of Easttown' Theory

There’s something of a trend of prestige actresses taking roles in bleak detective shows — Carey Mulligan in Collateral, Olivia Colman in Broadchurch, Gillian Anderson in The Fall, Elisabeth Moss in Top of the Lake, or even Mireille Enos in The Killing. I’ve liked them all with some reservations, but I wonder if seven-time Oscar nominee (and one-time winner) Kate Winslet in Mare of Easttown might be trying to carve out her own niche here as the true anti-hero of the bunch.

Obviously, Mare is not a murderer, but I am beginning to wonder after this week’s episode if she is someone for whom our alliances should lie? She’s a good detective, but also kind of a terrible person, right? She makes a scene in a diner to intentionally embarrass someone. She questions a clergyman in the church instead of at the station. She barges in on her ex-husband’s family night and demands to talk to him about a rumor that she’s sleeping with a student in front of his fiancée. Her son “f**king hated her” before he took his own life, and now it looks like Mare planted drugs on her grandchild’s mother in order to prevent her from gaining custody.

Also, she vapes. If it weren’t Kate Winslet but a male detective and he vaped and planted drugs on his grandkids’ mom, I don’t think our instinct would be to root for him. And yet, at the end of this week’s episode, when Mare’s boss accused her of planting drugs on her grandkid’s mom, my first thought was, “No. You’ve got it wrong! Someone else did that in order to frame Mare! She’s not like that!”

But the more I thought about it, the more I realized that she is exactly like that. She’s a great detective — as evidenced by her ability to find a bullet at Erin’s crime scene — but she’s a lousy human being, and maybe that’s because of all the baggage she’s accumulated — the loss of her son, the loss of her father, the divorce, her sh*tty mother (but my God, Jean Smart plays a great sh*tty Mom).

Meanwhile, I have no idea what’s going on with Evan Peters’ accent, but I dig it, and I also dig the little bit of lightness he brings to the series. He’s good with a wisecrack, but he’d be wise to stop inappropriately eyeing Mare while drunk. That’s not going anywhere good.

As for the murderer of Erin? Well, it’s almost certainly not Dylan, who somehow survived being shot, much to the dismay of Kenny, who confessed to them murder only to learn that Dylan survived. I don’t think it’s Frank, either. It genuinely seemed like he was only trying to help Erin out, but why did he lie to Mare and say he didn’t know her well? Also, what were those looks Frank’s fiancée, Faye, was giving Mare? Were those eye daggers? Or were they looks that said, “Hmmm. Maybe my husband was sleeping with his student?” The fact that he was willing to do a paternity test seems to rule that out, but then again, we haven’t seen the results yet.

This week’s chief suspect, however, seems to be Deacon Mark, who was not only the last person that Erin called, but also dumped her bike at the end of the episode. He was also transferred from another parish for unexplained reasons, and that’s never a good sign when you’re dealing with Catholic priests. Then again, this series now has a habit of introducing a suspect only to rule them out in the next episode. I think that Deacon Mark may be covering for someone, namely Mare’s cousin, Father Dan Hastings.

But here’s another thought if you’re considering theories, because this one would be messy. What if Frank’s paternity test comes back positive, but Frank’s not the father. What if Kevin — their late son — is actually the father? And what if Frank knew that, and that’s why he was helping out Erin? And what if Frank’s fiancée, Faye, killed Erin, because she thought Frank was sleeping with her? None of this would explain, however, why Deacon Mark decided to dump Erin’s bike.