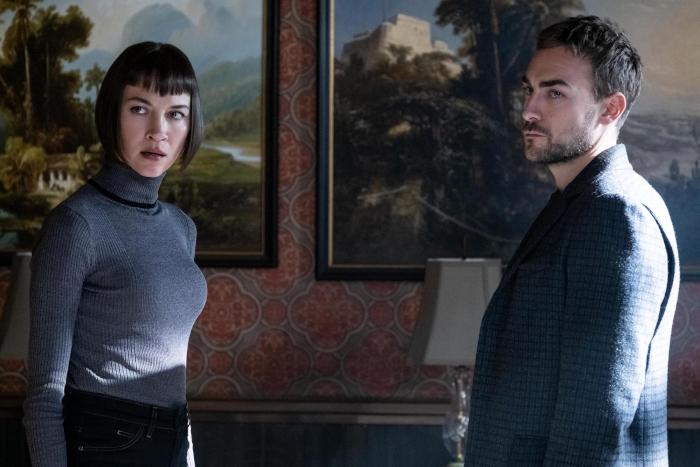 Helstrom is one of the last Marvel shows from the pre-Disney+ era, which makes it a rare gem for that reason alone. But, while it starts with a lot of promise, the series lacks the stakes and the scares to deliver a proper horror story. The characters have plenty of familial drama, which is used to heighten the tension, but the overarching plot and the supernatural elements leave a lot to be desired.

When it comes to battling demons and performing exorcisms, series like Supernatural and Evil go all-in on the mythology while amplifying the tension and the ways in which these devilish creatures impact the main characters. Helstrom doesn’t really do any of that. It gives us the backstory of Ana (Sydney Lemmon) and Daimon Helstrom (Tom Austen) — the children of a demon serial killer ripped apart from each other after their father took Ana along on his killing sprees. This left Daimon behind with their mother Victoria (Elizabeth Marvel), who suffered a mental breakdown shortly afterward and was admitted to a psychiatric facility under the care of Dr. Louise Hastings (June Carryl).

However, beyond being angry with each other all the time and sharing traumatic childhoods, the fact that Ana and Daimon’s dad is a demon serial killer isn’t particularly something they really fear. Ana has a lot of flashbacks to her life on the road with him, but it’s used as a way to justify why she’s distant, filled with rage, and stays away from her family rather than on what it means that the demon is attempting a comeback in the present. What does his return really mean for them and the world? It’s a question the series isn’t so quick to answer and Helstrom loses a lot of its steam by holding back the information.

If we’re meant to be scared of what’s to come, there shouldn’t have been so much time wasted on prolonging the mystery. At the very least, the series could have made the characters more compelling and interesting enough to carry the plot through to the end. It’s a shame because the first few episodes showed some potential, but the plot is derailed by its lack of direction and the constant (and somewhat boring) bickering between the siblings who only rarely get a moment to fully assess what’s going on.

And that’s another issue: the characters. The strength of any supernatural series isn’t solely based on the plot. The characters have to be dynamic and multidimensional. Austen and Lemmon do a damn good job with the material they’re given, but the writing itself could have dug deeper into their psyches. What this show also needed was some more sibling bonding. It would have elevated the material had they not spent three-quarters of Season 1 arguing over their mother — Daimon wants to save her and Ana doesn’t care if she died (she hates Victoria for not doing anything to stop her kidnapping) — instead of attempting to work together.

The themes of good and evil fall firmly in the gray area, but only because Helstrom doesn’t fully explore what it means to be either. Caretaker (Robert Wisdom) convinces the Blood, an organization tasked with protecting Earth from supernatural threats, that the Helstroms aren’t inherently evil because of their father. However, it’s a throwaway comment rather than a thoughtful analysis of nature vs. nurture. Chris Yen (Alain Uy), Ana’s business partner and friend, becomes entangled with the supernatural world, but he barely gets a moment to take it all in or ask questions. Without this element, the threat of demons feels lackluster and isolated.

That leaves Gabriella Rosetti (Ariana Guerra), a novitiate assigned to assist Daimon in exorcisms, to take a stance on what evil to her really means and is also the only one who reacts to any of the events happening (as any normal person would). Surprisingly, Gabriella’s sense of good and evil is surprisingly more complicated than the other characters. The biggest downfall here, however, is that she becomes more the soother of Daimon’s guilt than a fully realized character (the same can be said of every supporting character).

The implementation of horror and supernatural elements usually works best when it’s in examination of the human condition and Helstrom fails in its refusal to do that. Being the children of a serial killer demon should have produced a more horrifying and poignant tale, but Helstrom doesn’t create enough familial or supernatural tension to keep this show afloat.

← 'I Farted a Lot,' and Other Gems From Rahul Kohli's Twitter Celebration of 'The Haunting Of Bly Manor' | Donald Trump Calls Fauci a 'Disaster'; We Ponder Whether Chris Pratt Is MAGA →