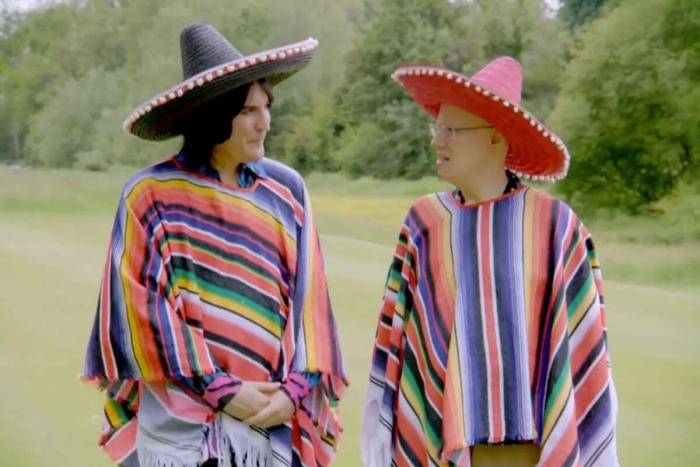 Has ‘The Great British Bake Off’ Lost its Magic?

Few pieces of 21st century pop culture in the UK have inspired the level of devotion that has surrounded The Great British Bake Off. The baking competition has a devoted audience of fans around the world who are drawn to its sweetness, simplicity, and deliciousness. For several years now, it’s gripped audiences with unexpected drama over melted baked Alaskas, soggy bottoms, and who will earn the prized Hollywood handshake. With reality TV flourishing and the achingly produced drama of real housewives and Kardashians proving too exhausting for some, Bake Off acted as a much-needed antidote. But things have been on the turn for a while now, and this year’s season was easily the show’s worst. Things just feel off now. What used to feel so effortlessly appealing is now trying hard to reinvent the wheel.

You get the sense that the producers have run out of ideas, and instead of returning to the familiar, they’re moving further away from the entire concept of baking. Why was there a spring roll challenge (with 29 ingredients?!) Or a pizza one? What do tacos have to do with baking? The showstopper challenges have also entered the realms of the ludicrous. For cake week, the bakers had to make a 3D replica of a house they once lived in. For Halloween week, they were told to make an edible lantern that doubled as a piñata. Remember, this show was intended to spotlight amateur bakers, not professionals (there’s actually already a Bake Off show for that.) I’m not sure why the series is so averse to having a new batch of bakers try recipes from seasons of old. Would viewers really get up in arms if we had to watch competitors try to make brioche again? It’s tough to overlook how overwhelmed these poor bakers seem by these gargantuan tasks.

It’s also hard to ignore that, often, the contestants seem actively irritated by the hosts. Noel Fielding is a gifted comedian and affable presence, best known for his trips of surrealism, but he needs a grounding force by his side. Sandi Toksvig previously provided it, acting as a guiding aunt who was in on the joke. Matt Lucas, however, tips the scales into chaos. They clearly get on well together but the energy brings all of the focus to themselves rather than the contestants. They crave every punchline, even at the expense of the moment. Mel and Sue, a long-time comedic duo, knew when to bring the funny but also to toe the line and maintain the series’ appealing gentleness. This is a low-stakes concept with high emotional investment and they knew how to balance that with eager encouragement, gentle ribbing, and double entendre. At the very least, the contestants didn’t seem to want them kicked out of the tent, a feeling I got more than once in the latest season of Bake Off. Frankly, the hosts often seem mean, although not as mean as Paul Hollywood has become.

The epitome of a man who bought into his own hype, Hollywood has embraced being the Simon Cowell of Bake Off. When paired with Mary Berry, he often seemed cynical but not overbearingly so. His critiques made sense and came from a place of expertise, not arrogance. But now, sometimes it’s physically painful to watch him chew on a bake while staring at the contestant with smarmy disdain. Sometimes, he seems excited to tear down a baker, and this was never a show about humiliation in the way so many reality competition series are. It’s meant to be encouraging, a bit of a laugh, room for growth. Challenges could be just that, challenging, but there was always a modicum of fairness. For the past few seasons, that hasn’t been the case. Some bakes seem impossible, the time frames too narrow and equipment lacking. This season, during custard week, two contestants had to present ice-creams that had melted because the freezer simply wasn’t cool enough. it’s an attempt to create the sort of drama that Bake Off studiously avoided for years. And that doesn’t even get into the moments where it seems like both Hollywood and Prue Leith are utterly ignorant on a particular kind of food. Japanese week was beyond parody and Mexican week, which included Matt and Noel in stupid costumes, entered pure cringe territory in record time.

None of the failures can be blamed on the contestants, who remain the show’s highlight. Even as Paul and Prue seem eager to treat them like plebs, the bakers remain delightful. Yet the show is failing them now. And it’s not as though the producers are ignorant of this. The show’s own creator, Richard McKerrow, told the New York Times in 2020 that ‘last year’s show could have been better and that’s why an enormous set of effort has gone into addressing that.’ I’m not sure anything was fixed. Actually, they’ve gotten worse. Too many cooks are spoiling the broth, and being super sh*tty and unfunny while doing so. It’s time to go back to basics, not just with the bakes themselves but with the show’s formula. Bring in new judges, new hosts, and let that inherent kindness shine through. Let Bake Off feel accessible once more. If we wanted mean cooking shows, we’re not short of options. Let The Great British Bake Off find its magic once more. Otherwise, what’s the point in continuing it?