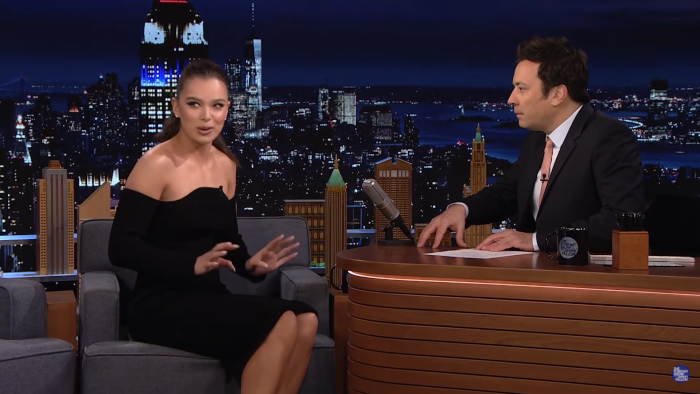 The MCU is known for its secretive behavior, even if it isn’t always successful. Actors, writers, and directors, all sworn to secrecy to protect Marvel’s many storylines. Things are so hush-hush that even meeting for an MCU job brings with it a level of confidentiality. According to Hawkeye star Hailee Steinfeld, it feels like you’re in the MCU before the blood contracts are even signed! (I added the blood contract part. Just a hunch.)

Steinfeld joins the MCU today in the new show Hawkeye. She will be playing Hawkeye alongside Jeremy Renner, who will also be playing Hawkeye. If it all sounds confusing, then congratulations, you’re a normal human being. The show makes the famed archer(s) the last Avenger(s) to receive a franchise extension. I’m pretty excited about it, and a large part of that excitement is the comic series by which the show is inspired. Matt Fraction and David Aja’s Hawkeye run is exquisite, and if the show matches it in quality by even a sliver, it will be a good watch.

Hailee Steinfeld appeared on The Tonight Show with Jimmy Fallon to promote the new series. In doing so, she revealed that just meeting for the show was a top-secret mission. She had to go down secret stairs and back elevators. She even joked that the whole meeting was whispered. All of it just seems to be part of the game when you sign that MCU blood contract (again, assumption). With rumors swirling that Steinfeld could be part of a team of Young Avengers, I get it.

Two things stuck out to me about this interview. Jimmy Fallon unflinchingly referred to Jeremy Renner as a singer. Fingers crossed that that shows up in the show. Also, Hailee Steinfeld is delightful. I don’t think I’ve ever seen her … speak before. I’ve heard her, primarily in Into The Spiderverse, but never seen her. She’s charming, funny, and able to deliver a talk show interview that rivals the best of them. It’s not easy, and it made me even more excited for the series.