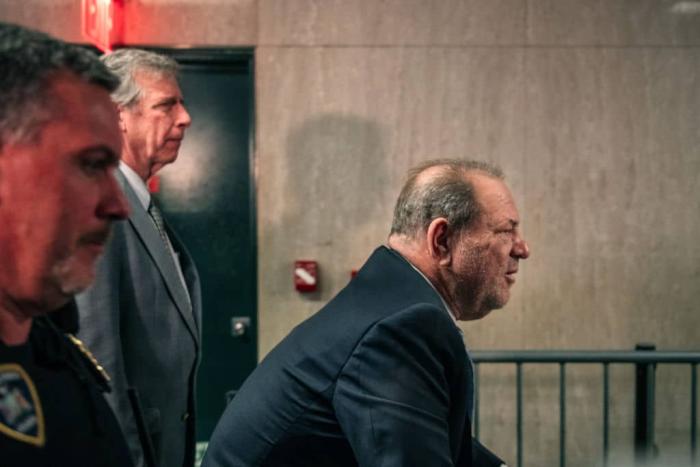 Harvey Weinstein, the convicted rapist who was sentenced to 23 years in prison, has now tested positive for the coronavirus while behind bars.

Oh no. What a tragedy.

Weinstein, who is currently appealing his conviction, is being held at Wende Correctional Facility near Buffalo in upstate New York after testing positive for the virus. Michael Powers, president of the New York State Correctional Officers and Police Benevolent Association, has said that he is now in isolation. Two prisoners of the facility tested also positive on Sunday, according to one anonymous police officer.

A lawyer for Weinstein said his legal team had not been informed of the coronavirus diagnosis. This is not the first time that Weinstein has sought medical help since being sent to jail. He complained of chest pains straight after his sentencing, for which he received treatment at Rikers Island. No word has been given on whether or not Weinstein is using his walker in jail right now.

Harvey Weinstein is 68-years-old. He has pre-existing health issues and is certainly easily categorized as an at-risk individual during this epidemic. I hope he makes a swift recovery from this because I want him to spend all 23 of those years behind bars. I want him to serve his sentence and experience the consequences of his actions for the remainder of his life. Inmate No. 20B0584 needs to keep that title for decades, as far as I’m concerned.

← 'Survivor' Votes Out Two Legends, and Twitter Reacts to a Blindside for the Ages | Meghan McCain Freakin' Loves That Trump Calls It the 'Chinese Virus' →