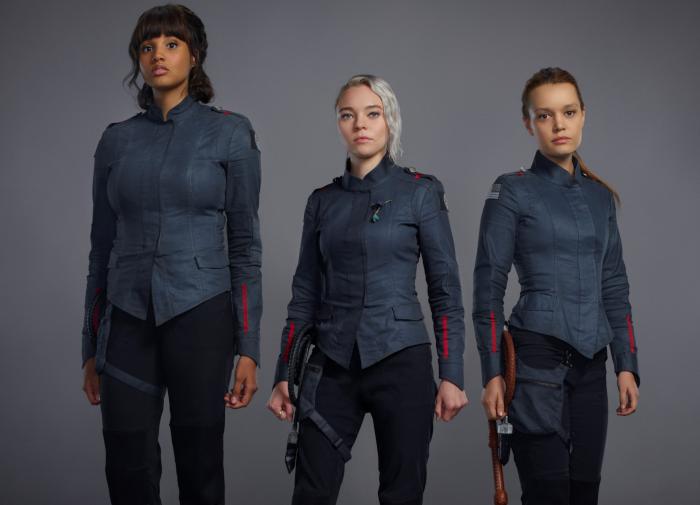 Our media is littered with movies and TV shows that prop up the U.S. military without question. The most aggressive examples in recent years have been American Sniper, 13 Hours: The Secret Soldiers of Benghazi, The Patrol, Lone Survivor, and Amazon’s Jack Ryan, among several others.

Considering the very obvious U.S. perspective and the othering of whichever country is being invaded (Afghanistan, Iraq, the list goes on), these films and shows are nothing short of propaganda (yes, even some of Marvel’s movies have worked in coordination with the Department of Defense, which approved scripts for Iron Man and others). In short, these movies bank on the idea that the military industrial complex is good, the military can do no harm, and its structure impervious to criticism.

Enter Motherland: Fort Salem. The series rewrites U.S. history, tinging it with supernatural elements to make certain points and creative decisions. In this fictional world, witches have actual powers. To end the slaughter of her people during the Salem Witch Trials, Sarah Alder (Lyne Renée) strikes a deal with the U.S. government. She and all witches will join the military, using their magic to fight the country’s wars.

In return, the government will stop mass murdering them. On the surface, it seems like a decent way to go to end suffering, except that the witches are pretty much forced to enlist (they refer to it as “conscription”) or become deserters who are hunted for evading what is deemed a sacred duty to their country. The perceived choice to abandon conscription is basically considered a dishonor. And there’s nothing more honorable than serving a country that does not really serve you, right? Right???

What’s more, Sarah Alder is considered a war hero, practically worshipped as a savior by many in the witch community. Those who dare oppose or critique her are threatened into silence and she goes to great lengths to retain her power (going so far as to absorb a handful of cadets’ youth to stay alive for hundreds of years). Alder serves as the ultimate example of militaristic propaganda. She uses the attacks by the Spree, a group who presumably wants to liberate witches from their militaristic attachments to the U.S. government, to push the military’s agenda and power. Perhaps what Alder does best is prey on fear, pushing the narrative that the use of military force is to “protect” the U.S. from all threats. The country’s citizens losing their rights and freedoms mean nothing if they’re physically safe, though it’s Alder and the government who have been the aggressors for years. Sound familiar? 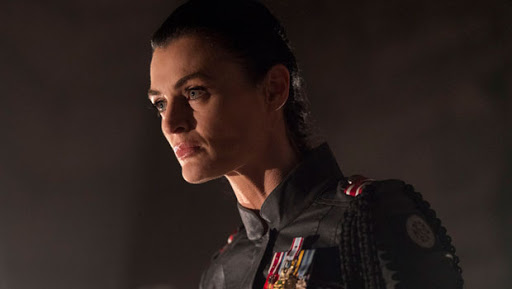 To be clear, Alder is not the hero she’s made out to be at first. In fact, the main characters — Raelle (Taylor Hickson), Abigail (Ashley Nicole Williams), and Tally (Jessica Sutton) — begin to question their own attitudes towards the military and what it means to serve. They were raised under the impression that it’s an honor to die for their country, to follow orders without question, to sacrifice their lives for the safety of others. However, it’s only when they begin to realize that Alder’s true agenda is to uphold the status quo no matter the cost, and that she and the country (who still hates them) care so little for their lives and other countries, that the witches begin to examine the lies they’ve been fed for so long.

The series, by centering three women and subverting expectations of what a military can look like, even explores the history of military witch families and how their entire legacies are built on serving a self-interested country. There is no room to think about the ethics of what they’re doing because to do so would be considered blasphemous. The show being set in a fictitious world helps to shed light on such issues, a rare feat in the entertainment industry.

Motherland: Fort Salem asks viewers to look beyond that, to assess and analyze a system that has grown to capitalize on the pain of others. But, perhaps the greatest example of Motherland: Fort Salem’s criticism of the military industrial complex is in the way the Tarim, a pacifistic (and dwindling) group of witches living in between the border of Russia and China, are treated.

The Tarim possess rare, centuries-old seeds, sacred sounds witches emit to cast their magic, which puts them at the center of political greed. Basically, the Tarim have what Alder and the government want and the former pushes Adil and Khalida, two of the Tarim, to give up their resources in exchange for protection. Khalida, on the other hand, knows that what Alder wants is to use the ancient seeds as a weapon against the Spree and rightfully doesn’t trust her. The Tarims’ situation is essentially a metaphor for the U.S.’s policies and treatment of the Middle East (in Arabic, Adil means just and fair, which isn’t a coincidence).

My long-winded point is that Motherland: Fort Salem touches upon issues that most series wouldn’t dare to poke with a stick because they’re too busy upholding the military industrial complex to begin with. Imagine my surprise when this examination came straight from a Freeform show! Sure, the series isn’t as scathing of the government’s role in the industry and how it benefits, centering Alder as the face of the military and its choices (similar to how The Hunger Games gives face to evil by way of President Snow), but it goes miles farther in its exploration. 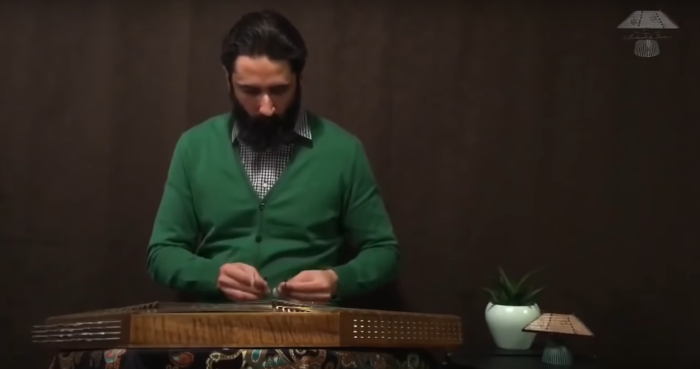 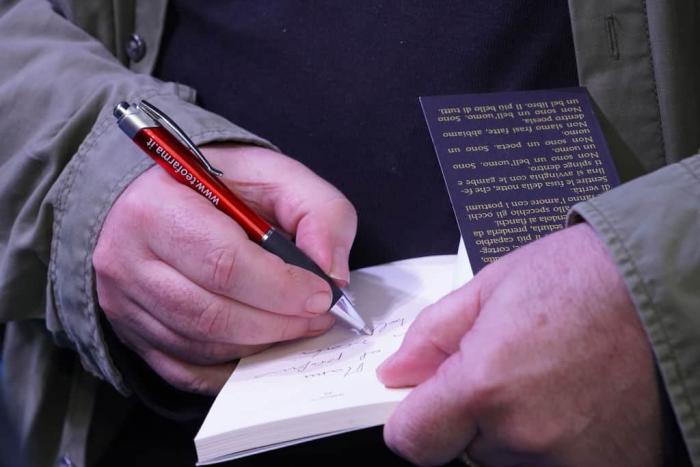