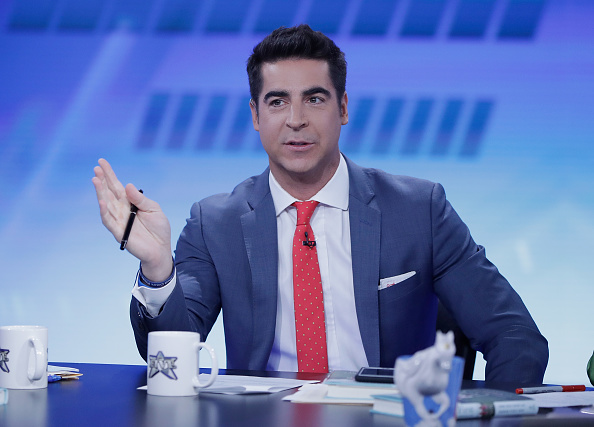 We’ve been so preoccupied with Tucker Carlson and his homoerotic promo and testicle tanning suggestions that we overlooked the predatory behavior that Jesse Watters, co-host of The Five, revealed on the show a few days ago.

The Bill O’Reilly protege (did you expect anything less?) also recently admitted that he tricked a much younger Fox News employee into allowing him to give her a ride home by deflating her tires. He also suggests that perhaps he’s pulled this trick more times than once (“works like a charm!”), but it’s OK, see! He’s married to the woman now so it’s a happy ending (never mind that he was married to another woman when he deflated his now wife’s tires).

Even his co-host Greg Gutfeld was a little taken aback: “You’re basically the Zodiac Killer.”

Jesse Watters jokes about how he courted a woman 14 years his junior. He let the air out of her tires so he could offer her a ride home. He leaves out that he was married at the time. This is some stalker nonsense. She also worked for him. It's a Fox News love story pic.twitter.com/ge9zZ2vMMH

As Watters reveals, his wife didn’t know that he pulled the trick on her, but she does now! Will it matter? I mean, she’s married to Jesse Watters. What do you think?