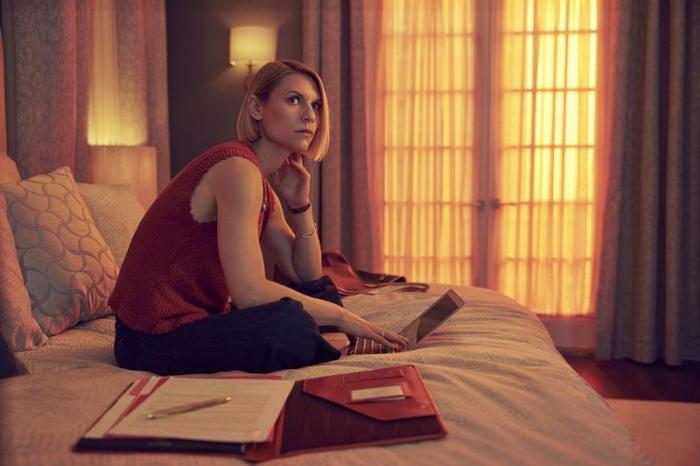 To some people, a Marvel film, a Star Wars movie, or a Lord of the Rings series is their pop-culture Super Bowl. For others, the Super Bowl is their Super Bowl. For me, who grew up obsessing over John Updike and Graham Greene and Richard Russo and Phillip Roth novels, Fleishman Is In Trouble — FX’s adaptation of the Taffy Brodesser-Akner novel — is my Super Bowl. Marriage, divorce, adultery, and middle-aged malaise is my shit, and that was true before I was married or middle-aged. I’ve been reading these adultery novels for over 20 years. Most of them are written by men. Then Fleishman comes along, and through the first half, it’s exactly what I expect and love about this genre of fiction: Shitty people being shitty. But then I got to the second half, and it flat-out floored me.

This might be why the first half of FX’s Fleishman Is In Trouble may not be as immediately compelling to some viewers. I dig it: It’s about the dissolution of a marriage as told by a philandering narcissist who also wants to be a good father. Jesse Eisenberg’s Toby Fleishman is a Phillip Roth character controlled almost exclusively by his penis but made somewhat sympathetic by virtue of his friendship with Libby Epstein (Lizzy Caplan) (a character in the novel I assumed was a stand-in for Brodesser-Akner).

Libby is a feature journalist turned stay-at-home mom who has everything she wants but feels unsatisfied, and she finds herself living vicariously through her friend and ex-boyfriend, Toby. This is not Libby’s story, but she is the one narrating it, and while Toby is a heel, Libby seems to be fond of him, and she hates his ex, Rachel Fleishman (Clare Danes). Even though we’re seeing two relatively awful people go through their divorce, through the first half of the novel (and presumably the series), we find ourselves on Toby’s side because it’s his perspective, and because we trust Libby because she’s the narrator, because she’s played by Lizzy Caplan, and because she seems to be the only truly decent person in this story.

I’m not going to spoil any of the details about the second half of the series — I haven’t seen it, and I’ve only read the novel — but since Brodesser-Akner adapted it herself, I expect it is faithful to her source material. There’s a turn halfway through where the perspective shifts from Toby to Rachel, and we stop seeing Rachel from Toby’s perspective, and we start seeing her from her own perspective and the whole dynamic of the story thematically transforms.

This is probably a weird thing to say, but married dudes should watch Fleishman Is In Trouble because it elucidates some things that even the most progressive among us may have never fully understood. My wife works more hours than I do. She went to better schools than I did. She has a more important job than I do. I do a lot of the cooking, a lot of the laundry, and many of the domestic responsibilities that go along with having kids. But it doesn’t matter how much of it I am responsible for; if there are fuck-ups, society will blame my wife. It doesn’t matter how many of the tasks generally associated with mothers I do, the onus from a societal perspective will always be on her. She could be the CEO of a company (and my wife basically is), but she still has to carry the wife-and-mom onus in addition to what she is already doing, while I get to be the hero because I go to the fucking grocery store.

If you’ve only seen the first two episodes that have been made available so far, it may not feel like that’s what Fleishman Is In Trouble is about. But without revealing any details, what it’s really about is the existential wringer that society puts working mothers through and how oblivious even the most well-meaning husbands and partners are to the exhausting emotional labor their wives have to carry in addition to everything else that women have to endure just to exist.

I know this is a story written by a female author from the female perspective, and I’m sure that it’s validating for a lot of married (or divorced) women to watch or read, but truly, it’s men who need to see this because as “feminist” as we might claim to be, or as much as we might think we truly understand our wives, Fleishman surfaces the hundreds of emotional paper cuts that many of our wives absorb that we’ve never realized, even in wealthy, professional, well-educated communities. I’ve read scores and scores of books about marriage, divorce, adultery, parenting, and suburban ennui, but Fleishman Is In Trouble is the first that drives home the emotionally exhausting, mentally taxing toll of being an ambitious professional woman who has to maintain a career, raise children, and consistently be judged for the actions of her husband. It’s not about the big things that are obvious, either: It’s about arranging playdates, making doctor’s appointments, and being diplomatic to other parents, and the onslaught of tiny little decisions that it entails.

If the series is as good as the novel — and the first two episodes suggest as much — Fleishman Is In Trouble may be one of the most infuriating, maddening, relatable, most talked about, and best series of the year.