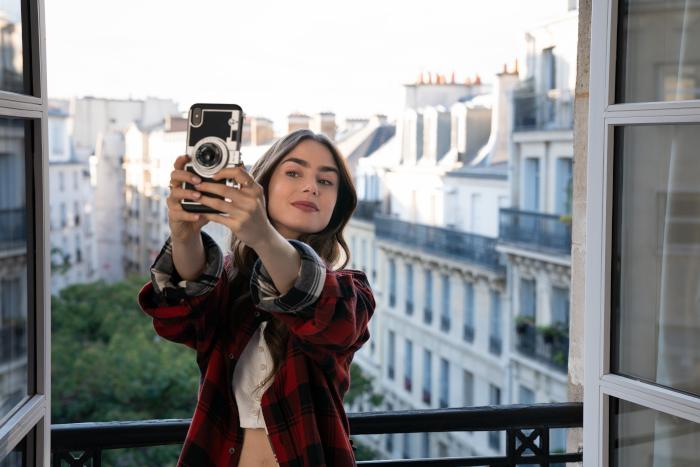 Emily in Paris got a lot of criticism when it premiered on Netflix. For some American critics, the series was far too shallow and unrealistic in its premise — Lily Collins’ Emily is hired by a Parisian marketing firm to grow their social media presence and cater to an American perspective.

For the French critics, the show was full of outdated stereotypes, clichés, and exaggerations. Whether it was Emily’s fashion sense or the way Parisians were portrayed from her perspective (yes, her boss was mean to her), many French critics and viewers alike were appalled that an American was hired to tell them what to do.

Whether or not you’re a fan of Darren Star’s work (Sex and the City, Melrose Place, Younger), we can’t deny that the man has made some long-lasting impressions. And, when he was recently asked about what he thought about the French’s criticisms of his show, Star seemed unperturbed.

“The show is a love letter to Paris through the eyes of this American girl who has never been there. The first thing she is seeing is the clichés because it’s from her point of view. I’m not sorry for looking at Paris through a glamorous lens. It’s a beautiful city, and I wanted to do a show that celebrated that part of Paris.”

You can file his answer under “shrug.” I wouldn’t call Emily in Paris a love letter to the city, but sure, let’s go with that. It’s funny because in the same interview he said that he wouldn’t do Sex and the City today. He “understood the time” and the people back then, whereas now there are other shows for our specific era. Couldn’t the same be said of Star’s understanding (or lack thereof, depending on who you ask) of Paris and Emily’s perspective?