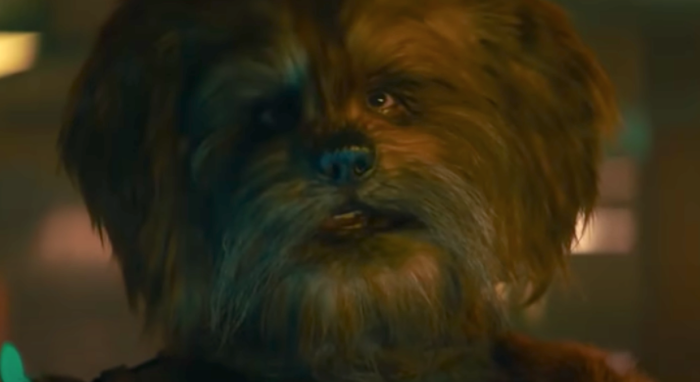 ‘Doctor Who’ Recap: Up Space Creek Without A Time Paddle

Previously, on Doctor Who: Yaz, Dan and Professor Jericho were marooned in 1901, Bel and Vinder were chasing each other across the galaxy, and Thirteen was turned into a Weeping Doctor. Here’s my recap for ‘Village of the Angels’ if you missed it!

This week: Our heroes are scattered in space and time, but those Fluxy threads are starting to come together. Will those threads make a big scarf or just a huge knot? Spoilers are incoming, but here’s one for free: Space Doggo is back, and as sassy as ever. Huzzah!

So far, Flux has followed a clear pattern: odd numbered episodes have been weird, and even numbered ones have been driven by plot and action. Episode 5 breaks the pattern somewhat; scenes with anyone other than Thirteen are plot and action driven, full of show, whilst Thirteen’s scenes are…well, chock full of tell. It’s an issue that has permeated the Thirteen run, and tends to kill the fun. There is much fun to be had in this episode! But all of it happens in the side plots, leaving Thirteen little to do but catch us all up. It’s also a consequence of the structure; the holy-moly-weirdness of episodes 1 and 3 just gave the other episodes so much work to do, that the whole thing was unresolvable without a PowerPoint presentation detailing in full what it all means.

Let’s start with the fun stuff, because there was plenty and although we can quibble about how much of it was just there to take a break or set up the finale, it was great to have some hi-jinks again. The universe might be ending, but that doesn’t mean we can’t appreciate some slapstick Mission: Impossible stunts or some gloriously daft gags from a mysterious hermit, right? And if you want to roll your eyes at that, and bemoan the behaviour of the irritating humans, hello and welcome to Team Space Doggo! If nothing else, this episode gave Yaz time and space to shine and be fabulous as the new boss of the team.

Yaz, Dan and Professor Jericho have spent a few years tracking down information on the end of the world so that they can plan to stop it. (Spoiler alert: it’s December 5th, aka when the finale airs.) They also take a trip to see Jolly Hermit, who reminds them that they have a hero honour-bound (albeit reluctantly) to come and save Dan. Time to send a cosmic coo-ee to Space Doggo!

“I don’t have time travel, you idiot. Ugh, humans are so annoying. Especially him.”

Who’s a good boy? He barely has time to swear under his breath though, because in 2021, the Space Doggo Earth Shield is starting to fail, and he needs to recall a missing ship to fill the gap. Hey, guess who’s on that ship? It’s Bel! She was following a signal that looked promising, but Space Doggo takes remote control of her ship and pings her over to Earth. Sadly, that means she missed out on a reunion with Vinder. Boo! But Vinder was captured by the Dusty Disco Twins, and is now trapped in Passenger with Diane, so Space Doggo has inadvertently saved her from that. Yay! Vinder and Diane are now besties and plotting a jail break of sorts.

Mutton Chops Mine Man, the ‘Mad Mole’, finally has something to do other than turn up to random places and shout randomly. He’s thrilled! Deep in his tunnels are lots of doors to other worlds. Totally bodes well. Especially as there is an ominous racket coming from the other side of the doors…

Back in 2021, Space Doggo transports over to Bel’s ship to give her a scolding for nicking a Space Doggo ship, but they are interrupted by some ominous knocking of their own. Yep, the Sontaran War Potatoes are back, busting in on the two timelines simultaneously, ready for some Spuddy Vengeance after their defeat in episode 2.

They have been assisted by the plotting of Little-bit Cumberbatch, the Grand Serpent, Vinder’s former psycho boss, who has been up to some timey-wimey shenanigans infiltrating UNIT so that the Earth is weakened and ripe for an attack.

There are some delights in the UNIT scenes, such as the voice of the Brigadier over the radio (just a lowly Corporal here) and the casual reveal that 1967 UNIT collected the TARDIS from where the Doctor left it last week. (Wonder if it’s finished rebooting yet?) But the real highlight of the UNIT scenes was the return of Kate Stewart. 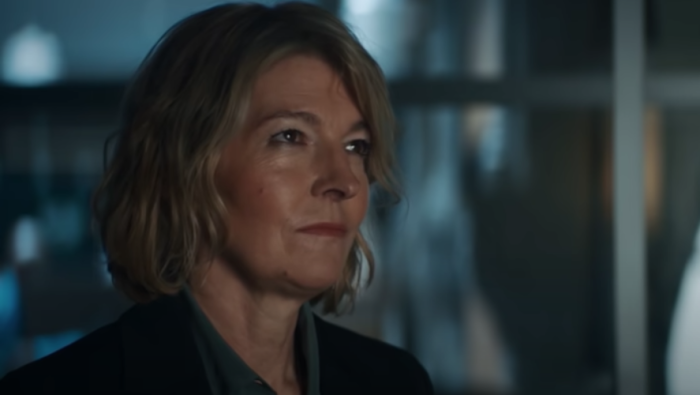 Kate gave the Grand Serpent an epic telling off before escaping, almost being blown up in the process. A quick call to fan favourite Osgood later, and Kate’s going dark. All hail KAAAATE! This happens in 2017, which also handily explains why she hasn’t been in the show for a while.

“I see you. I see you, whatever you are. Hiding in plain sight for so long, barely ageing. You’re gambling that nobody cares, that nobody looks at UNIT any more. But I care. More than anyone.”

Kate’s speech echoes Professor Jericho’s from last week; their power lies in their observation, and their refusal to look away. The world would be in safe hands if there were more Kates and Professor Jerichos around. If he turns out to be the Master, I am going to regret that sentence a lot.

Someone might turn out to be the Master though! The Grand Serpent’s less egotistical name is Prentis, which sounds a lot like ‘apprentice’ and suggests the presence of a master. If that sounds like a stretch, remember ‘Missy’ was short for Mistress…

But the universe can’t be that small can it? CAN IT? Sigh. Yeah. Thirteen is free from her Angel form in seconds, having been transported to Division HQ, where it turns out the boss is the lady from episode 3, who is also her adoptive mum Tecteun, and who is also also the Big Bad. She made the Flux to end Universe 1, because the Doctor ruined it by interfering in a nice way rather than a detached comma evil way. And because Thirteen stopped the Flux, Tecteun is now making the universe collapse on itself. As you do. But even though she’s mad at Thirteen for that, she still wants her to come along to Universe 2, dangling the promise of restoring her memories from the Gallifreyan fob watch, and throwing in the possibility that Thirteen might find her true people in Universe 2, as that seems to be where she came from anyway.

If you weren’t a fan of the Timeless Child arc, you won’t like this development at all. I don’t mind it as a premise — more Doctors, more stories — but I’ve always preferred the idea of the Doctor as the ultimate weirdo, best when just mysteriously odd, so I don’t feel the need to fill those gaps. It doesn’t take much to fall into soapy territory, and this is why I’m not so keen on the theory going round Who-Twitter that Bel’s unborn child will turn out to be the Doctor. The show just about got away with that in the River Song arc, and I don’t think it would work again.

Thirteen’s choice between finding out her past or fighting a hopeless battle to save Universe 1 was interrupted by the mwahaha arrival of the Dusty Disco Twins, who tracked Thirteen using the mind-mojo link, and promptly dust Momma Who for both imprisoning and releasing them, before turning to Thirteen and declaring that she’s next on the dusting agenda.

With one more episode to go, Earth’s heroes are fighting Sontarans on multiple time fronts, and Thirteen is at the mercy of the Dusty Disco Twins on a ship wobbling precariously between two universes. But it’s OK! Kate’s not going to take this lying down! And Space Doggo won’t go without a fight! AWOOOOOO!