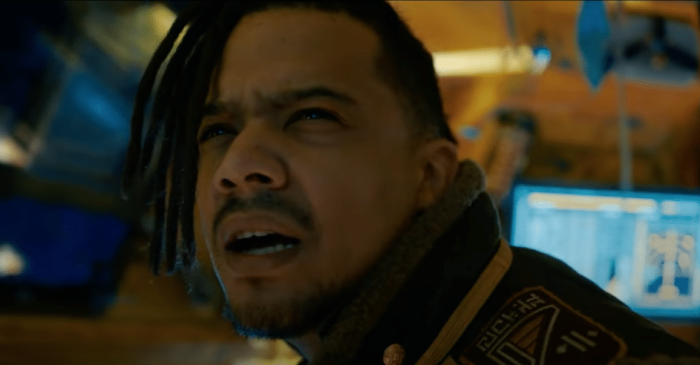 'Doctor Who' Recap: What The Flux Is Going On?

The new Doctor Who series has been so carefully protected from spoilers that going in, we knew only a handful of things: the Doctor and Yaz would have a new friend called Dan (John Bishop), and there would be a whole lot of foes lined up in a single serialised plot over six episodes. When the title was announced, there were a fair few jokes about bodily functions behind the scenes at Pajiba. Ooh, the flux… is the Big Bad some digestive discomfort? Is this the Doctor Poo storyline we’ve all been waiting for? Yeah, we’re all definitely grown ups.

It’s also the beginning of the end for Jodie Whittaker as Thirteen. There are some specials due next year, including an anniversary special, and at some point, there will be a regeneration for both the Doctor and the showrunner, as Russell T Davies is making a joyful return to the Whoniverse. Put all of this together, and there is a lot at stake for Flux. Will Jodie Whittaker’s TARDIS tenure end with a bang or a whimper? One episode in, and, well, I have no idea. Spoilers will follow… sort of. Honestly, I couldn’t spoil this even if I tried. Because it was both A Lot and Not Very Much.

‘The Halloween Apocalypse’ has EVERYTHING. It’s like Whoniverse madlibs. There are so many threads that if they all come together beautifully, it’s going to be epic, but it feels like a very big if after episode one, which was weighed down by its own exposition and yet also somehow lacked a concrete narrative foundation. It was a mess. A big chaotic mess.

doctor who's contradictory needs of needing to advertise the new season while also revealing literally nothing about it have created this incredible situation where they keep posting about the new main character by saying his name and nothing else pic.twitter.com/YomrkJk4Oz

He’s Dan, ok? This is Dan. Meet Dan Lewis. Hello, Meet Dan. Meet Dan got the best deal of all the new faces, with time spent introducing him as a Good Egg Everyman. Meet Dan is the kind of man who sees a giant Space Dog and boops his nose. We like Meet Dan.

Yeah, that’s a giant Space Dog. Basically, Chewbacca crossed with Sir Didymus. Space Doggo starts out all elaborate murdery, trying to get rid of Thirteen and Yaz, then becomes the cranky kidnapper of Meet Dan, and then turns out to be part of a group of 7 billion Very Good Boys trying to save the human race from obliteration. That’s a lot of turns in one episode, but Space Doggo can stay. Space Doggo’s cute face balances what is, frankly, some savage Big Cat Energy and I love him for it. Even if they gave him a silly name. Why call him Karvanista when Captain Jack Barkness was right there? Boop the Cosmic Floofs, y’all. Space Doggo’s arc would be A Lot on its own, but there’s SO MUCH MORE.

In one thread, there’s a great terrier, and in another, a terror so great he’s been locked away since the dawn of the universe, only to rise again with the power to vaporise anyone who gets in his way, aka Prisoner Swarm, aka Space Imhotep. He has mind mojo over those who come near him AND across time and space to chat with / taunt Thirteen. Space Imhotep busts out of prison, disintegrating a couple of Division agents in the process, and absorbing their atoms to ‘renew’ himself. Division agents were seen last season in the episodes with Doctor Ruth; they are the clandestine organisation founded by some of the Time Lords with a more ‘interventionist’ strategy to universal law and order than the normal Time Lord approach. It’s been a long time since the end of the last season, so you might want a refresher here. Does the reference to Division mean Doctor Ruth will come back? Let’s hope so!

Cosmonaut Woofkins is also Division, it turns out, which is why Thirteen wanted to talk to him. But there’s precious little time for chit-chat, not for them, or for another character called Claire, who runs up to say HI DOCTOR IT’S ME! OH NO, TIMEY WIMEY SPOILERS! TTFN! There are River Song vibes here, and Whovian Twitter was abuzz with theories about whether she was another Doctor, or some sort of Clara variation. (My money’s on a future companion, but did you all notice the colour of Claire’s front door? A very TARDISy shade of blue, that…) Seconds later, poor Claire was grabbed by a Weeping Angel so she’s lost somewhere for a while. The long way home indeed.

OK, the creepy statues are here too. And so are the angry War Potatoes! Yep, the Sontarans pop up to tell us some Big Bad Trouble is coming and they are excited. They will be back next week. Do you have whiplash yet? No? Buckle up, there’s more.

Space Imhotep goes in search of his sister, who is hiding somewhere in the Arctic, dressed up as a human. For reasons. What are they up to? No idea. He doesn’t disintegrate her, just her human meat suit, revealing some excellent glittery eyeshadow underneath. Does he have makeover powers too? Handy! Space Imhotep is definitely a contender for Big Bad Trouble, what with the disintegrations and stuff, but maybe that depends on how iffy Division turns out to be; their founders were massive jerks, and even our adorable Space Doggo tried to drown Thirteen and Yaz in acid! That’s quite iffy! And Space Imhotep’s targeted disintegrations aren’t quite as scary as The Flux itself, which is like a firestorm in space destroying planets in its wake, and nearly frying another new face, Vinder (Jacob Anderson, aka Grey Worm from Game of Thrones). And there is also something shady going on in the mines in 1820 (WHAT?) and Imhotep’s sister has lured Meet Dan’s sort-of girlfriend into a house for some ‘fun’ that probably doesn’t involve glittery makeovers and WHO ARE ALL THESE PEOPLE? IS EVERYONE BAD?

If that wasn’t enough, the TARDIS is poorly, glitching all over the place, leaking some ominous goo and even ringing the Cloister Bell. (Wait, is the TARDIS suffering from the flux too? BONG! We’re out of loo roll! BONG!)

I didn’t lie about it being a lot, did I?

And yet, at the heart of it all, the Doctor is doing what she did last season: annoying her TARDIS bestie by refusing to talk about what’s going on. The Doctor loves a monologue except when it would actually be helpful, and it feels like a cheap way to add another dollop of mystery to an episode drowning in enigmas.

Am I just grumpy now that The Blessed Graham has gone? Perhaps… The relationship between Thirteen and Yaz has benefitted from some space to grow, and even though they are immediately joined by Meet Dan, Yaz is higher on the pecking order and doesn’t get stuck in the ‘what’s up, Doc’ chorus of multiple TARDIS chums.

So far, Flux’s timey-wimey stuff is way beyond wibbly-wobbly. Wibbly-wobbly is the normal kind of bonkers. It will take some narrative gymnastics to get back to normal wibbly-wobbly levels. Can Chibnall pull it off? Time will tell.

Until next time: I didn’t know the British fought War Potatoes in the Crimean War… Huh. Look, let’s not even try to yarn wall this one anymore. Let’s enjoy some chaos washing over us and try to keep the faith for a bit, eh? Anyone? No?