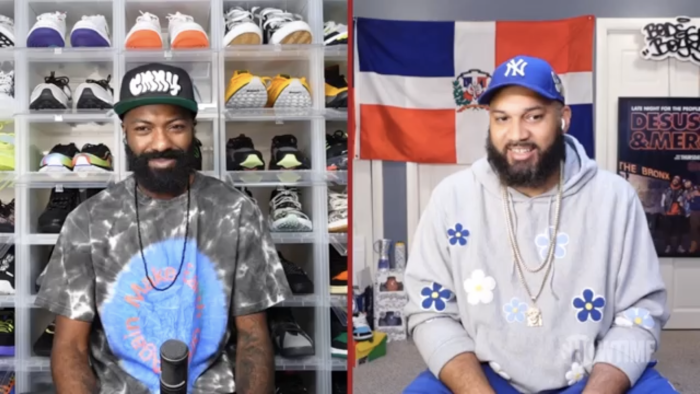 Desus and Mero Call Ben Shapiro on his Bullsh*t

“He talks like the head person of the lollipop guild” quips Desus. He then delivers a knockout punch with, “We once had the chopped cheese from Whole Foods, what it tasted like is what he sounds like. There is no soul, there’s no cadence, there’s no rhythm.”

Mero got off his shots on the racist right winger as well. “He makes f***in Jeremy Renner sounds like B.B. King.”

Referencing Shapiro’s use of the phrase N-Word, both hosts were both quick to jump in. After Shapiro uses the phrase several times Desus remarked, “Also Ben needs to stop playin like he doesn’t say the N-Word. (Allegedly)” with Mero quick to point out “Yeeeeah, stop playin, dawg, you know you say that shit to your pillow every night.”

If Desus and Mero want to start a new show where they just pick apart Shapiro’s whiny rants, I will be first in line to subscribe.