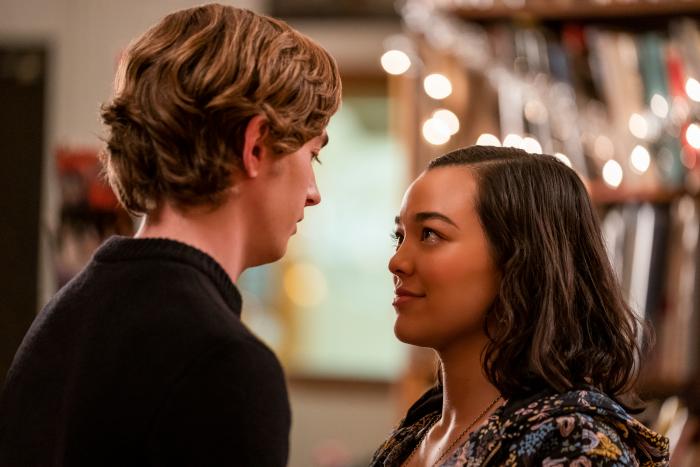 Based on the book Dash & Lily’s Book of Dares by David Levithan and Rachel Cohn, the Netflix series is unexpectedly delightful, full of charm, warmth, and a sweet romance that builds the excitement and anticipation rather than squandering it, as many holiday films tend to do. Dash & Lily balances a fair amount of fluff, angst, and humor without ever being over-the-top. The series’ entire premise rests on the strength of its main characters, both of whom are well-rounded people with lives, friends, opinions, and insecurities that leaves them with realistic and relatable flaws. While Dash and Lily don’t actually share very many scenes together throughout the first several episodes, the spirit of their budding romance is potent and develops organically.

Weeks before Christmas, Dash (Austin Abrams) finds a red notebook daring him to take on a new adventure. He’s a bit of a curmudgeon who dislikes the holiday season for various reasons, but he’s immediately hooked by the journal, which speaks to his inner book nerd. Dash and Lily (Midori Francis) actually have a bump shoulders meet-cute without actually knowing, which is hella adorable. Lily is the complete opposite than Dash in demeanor. She’s a dreamer with a sincere love for Christmas — handmade sweaters, family, and the positive atmosphere of the holidays makes her glow on the inside and outside.

On the surface, the only thing the pair has in common is that they’re both loners. Dash doesn’t much like people, though he has a decent-sized group of friends that includes his best friend Boomer (Dante Brown), and would rather get lost in the lives of characters and stories. Lily is much the same in that regard, except that she doesn’t have very many friends because she’s awkward and is terrible at fitting in. Through their exchange of journal passages and personal stories, Dash and Lily start to fall for each other. What’s more, the dares they challenge each other to push them out of their comfort zones, bringing out the best in them both.

Bolstered by a tremendous cast, Dash & Lily explores feelings of loneliness and abandonment, while still finding reasons to stay positive despite everything. Surprisingly, the series tackles the idea of unrealistic expectations. Dash and Lily meet through a journal and it becomes easy for them to get sucked into a world of excitement, dares, honesty, and engagement. For the first time in their lives, they feel like they can really pour their hearts out to someone and be heard rather than dismissed.

However, their situation also allows for their expectations of the other to turn unrealistic. At one point, Dash’s ex-girlfriend Sofia (Keana Marie) warns him not to put Lily on a pedestal. She makes a great point about how men have historically wanted to be the rescuers, saving the princess from the tower like in the fairytales. While women are lambasted for loving such stories, many of them are actually written by men.

It’s a moment of clarity for Dash, though I’m convinced that he wants Lily to save him rather than the other way around. Lily, who has little experience with love and dating in general, has also imagined that she and Dash will have a perfect first meeting and kiss. They’re quickly brought back to reality when it comes time for them to actually meet face-to-face and that moment, as messy as it is, turns out to be rather perfect in its own way.

Abrams and Francis have fantastic chemistry and the series subverts expectations about the story as it goes on. In addition to the whimsical romance, Dash & Lily explores the interpersonal relationships the characters have with their friends and family. It’s quite refreshing. While obviously not as fully realized as the leads, Lily’s family — namely, her brother Langston (Troy Iwata) and grandpa (James Saito) — play influential roles in her life, with the series offering a dose of Lily’s Asian heritage (though I don’t recall a confirmation of her family’s specific background).

For Dash, Boomer, who is very invested in Dash and Lily getting together while still having his own life and wants, actually calls Dash out on a few occasions. Meanwhile, Sofia is refreshingly not the mean and meddling ex-girlfriend that is so stereotypical of these kinds of stories. These characters add so much to the story and the series gets bonus points for actually giving Dash and Lily a diverse group of schoolmates. Even more minor characters, like the ones in Lily’s caroling group, aren’t all white and far more representative of New York City’s demographic.

Speaking of New York City, it feels like a character unto its own. Dash and Lily, through their dares, visit famous landmarks such as Grand Central Station and Macy’s, as well as little-known shops and bakeries for some pie with cheese. The bustle and hustle is also a big part of bringing the story to life and proves that holiday fare doesn’t need to be transplanted to small towns to make Christmas or the characters feel alive. Ultimately, Dash & Lily is thoughtful, charismatic, authentic, and easily one of the best series Netflix has to offer this holiday season.

Romancing the Runoff: How a Group of Romance Authors Are Fighting For The Georgia Senate Runoff Elections 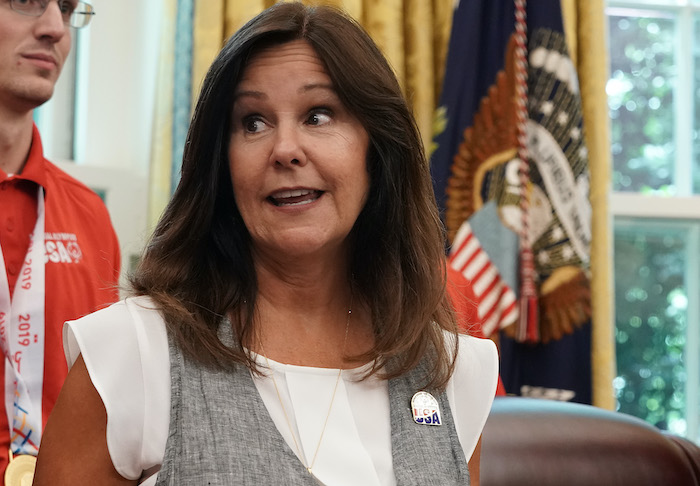