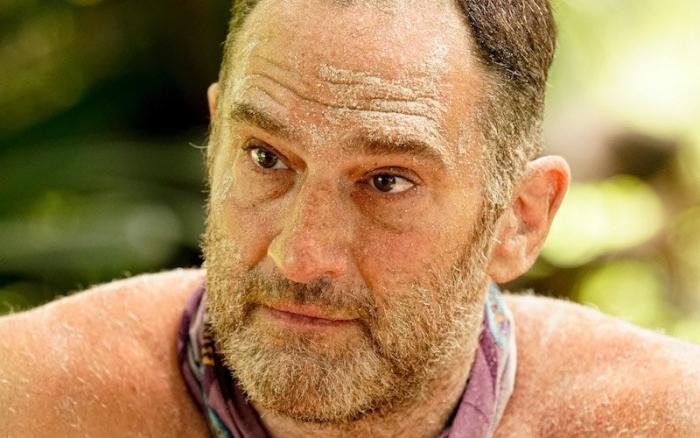 I know that some people have stopped watching this season of Survivor because of the way that the reality series completely botched its handling of the Dan Spilo situation — failing to remove him after he inappropriate touched other players, only to remove him two weeks later when he inappropriately touched a crew member — and I understand why. It’s upsetting, and from the vantage point of the viewer, there were so many opportunities the show had to do the right thing and failed.

As a viewer and a human being, that sucks, and as a parent who watches this show with his family, it’s disappointing, but it also does what Survivor often does best: It provides a teachable moment. I know that might sound kind of lame, especially to the “Survivor is still on?” crowd, but Survivor is sort of a compressed, heightened version of the real world, and as such, it provides opportunities for conversations with your children that might not normally be available. We talk about it a lot as a family, after the show, over dinner, in the car — and not just who wins and who gets voted out, but player dynamics. Relationships. How to interact with other people. Bullying. Manners. Restraint. What’s appropriate and what’s not. That’s true both when the show gets it right (the “do-rag” episode a few months ago), and when it gets it wrong. Dan Spilo gave us an opening to talk to our daughters about inappropriate touching, and — unfortunately — provided examples of it. We can also say to our son that this is not OK — unwanted back rubs are not cool, nor is brushing hair off a woman’s face. It’s not just intimate touching — it’s also about respecting other people’s space.

The hardest lesson to square about Survivor with our kids, really, is how the series consistently rewards mediocrity — if you’re too good physically, you’ll be voted out. If you’re too personable, you’ll be voted out. All the things that make you valuable as a person in the real world work against you in the game of Survivor. They understand it, at least, especially my son who storms out angry after every episode. “Everyone who is good is gone! What’s the point in watching anymore? I am giving up on the rest of the season!” (He has never given up on the rest of the season before).

Plus side: When someone great gets booted off, the debriefings they do back on Ponderosa Island are fun to watch. Here’s last week’s:

In the meantime, it took them 39 goddamn seasons, but because of this incident, CBS is finally putting safeguards into place to protect against experiences like the one Kellee Kim and other women suffered through this season.

For Season 40, which has already filmed, the show added to its pre-production cast orientation specific guidelines regarding personal space, inappropriate behavior, and how to report these issues.

For Seasons 41 and beyond, the producers are reviewing all elements of the show to further support appropriate interaction, including how the players live during, as well as after they are eliminated from, the competition.

The show will also take additional steps to enhance procedures for training, reporting of issues and prohibited forms of game play. The new measures to further support a safe environment include but are not limited to the following:

The production will add another on-site professional to provide a confidential means of reporting any concerns, so that the production can address them promptly apart from the game. The full range of reporting processes will be communicated clearly to the players during pre-production orientation. The new executive will add to a support system that already makes mental health providers available to players on location and after they leave the island.

The show will enhance its pre-production orientation with new anti-harassment, unconscious bias and sensitivity training for cast, producers and production crew on location.

A new rule will be implemented stating unwelcome physical contact, sexual harassment and impermissible biases cannot be brought into the competition and will not be permitted as part of gameplay. This will be covered in the cast orientation for each season, along with clear instructions on how to report violations.

The show will also partner with a third-party expert in the field to review, evolve or add to these new policies and procedures going forward.

Meanwhile, in a statement he gave People magazine, Dan Spilo spoke out publicly for the first time since any of this surfaced, saying:

“I am deeply sorry for how my actions affected Kellee during the taping of this season of Survivor. After apologizing at the tribal council when I first learned that Kellee still felt uncomfortable, I want to make sure I do so again, clearly and unambiguously.

“I truly regret that anyone was made to feel uncomfortable by my behavior. In my life, I have always tried to treat others with decency, integrity and kindness. I can only hope that my actions in the future can help me to make amends and show me to be the kind of father, husband, colleague and friend that I always aim to be.”

Kellee Kim, however, rightfully takes Spilo to task for only mentioning her, as though trying to suggest that his inappropriate behavior was limited to only one woman.

I truly hope that some of this self reflection is real and that Dan changes his behavior going forward. For me, this statement only underscores the responsibility of CBS and Survivor to take action to prevent anything like this from ever happening again in the future. #Survivor

The season 39 finale airs tonight and, for the first time, it won’t be live. It will be delayed two hours, and after all of this, it’s easy to see why. There could be some very uncomfortable conversations, and it’ll be interesting to see what CBS does and does not include in the episode, understanding, of course, that nothing won’t eventually be reported. Spilo will not be in attendance.

Also, if she wants to come back, I hope they bring back Kellee (and Elaine, for that matter) in future seasons.