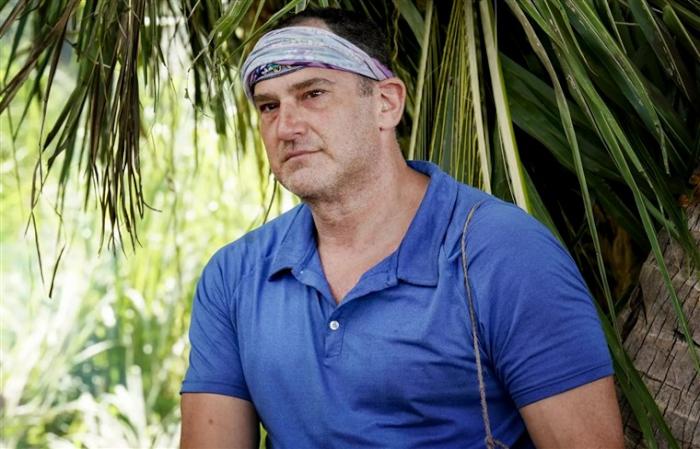 In last night’s penultimate episode of this season of Survivor, Dan Spilo — who had touched a number of other contestants inappropriately and without their permission earlier in the season — was removed from the show. It’s the first time in 39 seasons of Survivor that a contestant was expelled from the island involuntarily. No explanation was given on the episode to the other contestants on the show — other than that Dan had been taken off the island, so he was no longer in the game and would not serve on the jury — and no explanation was given to viewers.

In an interview with EW after the episode, Jeff Probst would not offer any details, either. “In this situation, out of respect for privacy and confidentiality, I can’t say anymore.” Entertainment Weekly, however, is basically the promotional arm of Survivor and would never do anything to harm that relationship, so they’re not going to push Probst or dig for details. Meanwhile, People magazine did gain some insight.

PEOPLE has spoken to multiple people involved with the show’s production, who confirmed that the incident in question — which involved a member of the show’s production team — happened after an immunity challenge as Spilo and other contestants were getting into a boat to transport them back to the camp.

The incident was not caught on camera, but at least one other contestant witnessed it.

In other words, when a player in the game objected to Dan’s unwanted touching — of which there was considerable video evidence — the producers did not remove Dan, but when Dan presumably harassed a member of the production crew, he immediately got the boot? Yikes.

It is also very odd how this was handled because a month ago when Kellee Kim complained on the show about the harassment and was voted off, neither Jeff Probst nor anyone in production or at CBS let on that Dan would be kicked out of the game in a subsequent episode for similar behavior, even though Survivor is filmed months in advance and Jeff would have known this.

Kellee Kim — who also would have known that Dan was kicked off — also couldn’t say anything a month ago. She did release a statement today, basically saying, “Thanks. It’s good that Dan was removed, but if you’d listened to me before, you assholes, there wouldn’t have been another incident.” She also seems to confirm in the statement that Spilo was removed for “inappropriately touching” a crew member.

My thoughts on tonight's episode of @survivorcbs and Dan Spilo's removal for another incident of inappropriate touching. #Survivor39 pic.twitter.com/nfo9Q5ojLP


← 'Moonlight' is For Everyone | Is Zack Snyder Trying to Hijack 'The Witcher' Coverage? Because It Sure Seems like It →