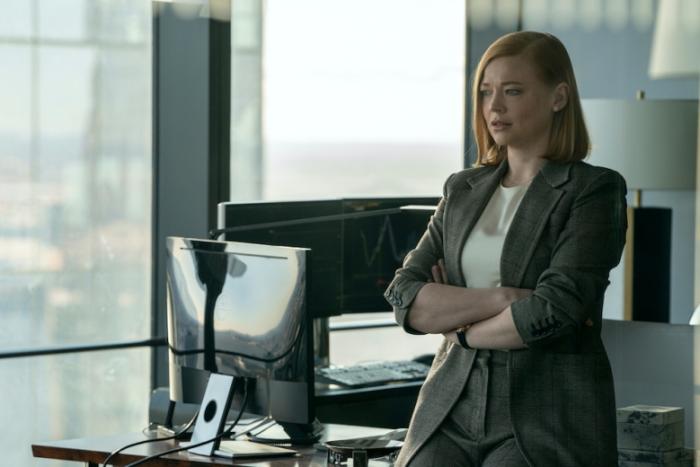 During a pivotal scene in this week’s episode of Succession, Shiv Roy takes the stage as President of Waystar. It’s a big moment for her because it will be the first time she’ll be seen by the shareholders — and the public — as having some real power inside the media conglomerate.

Before she can barely get a word out, however, a set of speakers set up by her brother, Kendall Roy, begins loudly playing Nirvana’s “Rape Me,” over the speech of Shiv. For a few bars, I thought it was a well-targeted troll job. Shiv, after all, was on stage in an attempt to paper over the sexual misconduct allegations leveled against the company, so the use of this particular song was appropriate. But as the song continued, and as a humiliated Shiv shrank in embarrassment, it began to feel less like a pointed attack on the company’s values and more of a personal attack against Shiv by her brother. It was blunt and uncomfortable, and any sympathy that Kendall might have incurred for “doing the right thing” (ha!) completely evaporated in that moment. When Shiv walked off the stage, made a beeline for Kendall’s office, and spit in his datebook, I wanted nothing more than to see her exact her revenge.

She did exactly that, and by the end of the episode, Kendall was a broken man, completely alienated from his family, and eviscerated by the media by a letter Shiv had written about Ken’s fragile mental health.

It’s oddly fitting, then, that “Rape Me” was used in this context, not just in reference to the scandal inside Waystar. Cobain’s song was literally an anti-rape song, but figuratively it was also a screed against the media for the way it had treated Cobain and Love. While understanding that it’s not a term that we use in the metaphorical sense anymore, it very much befit the situation on Succession as the song was understood 28 years ago. “You’ll never kill me. I’ll survive this and I’m gonna f—king rape you one of these days and you won’t even know it,” is how Darcey Steinke of Spin described the defiant nature of the song in 1993.

No one appreciated that more than Courtney Love, who took to Instagram to commend the show’s use of the song.

“I was in the room watching (agog) as this song was written in about an hour, and I’ve never been so proud of approving one of Kurt’s songs,” Courtney Love wrote. “This cue in Succession is as if they truly understood KC. What he was screaming his heart out … without specifics … about. I’m sure wherever he is he’s proud of this. #rapeme #kurtdcobain #nirvana #disruption #myfavoriteinsidesource.”

At this point, I would love nothing more than to see Shiv destroy Kendall’s career and lock away the burnt remnants of his dignity in a heart-shaped box.


← 'Locke & Key' Season 2 Review: These Kids Are So Dumb | Is This Giga Dorm Room Planned by UC Santa Barbara and a Billionaire a Vision of the Future? →