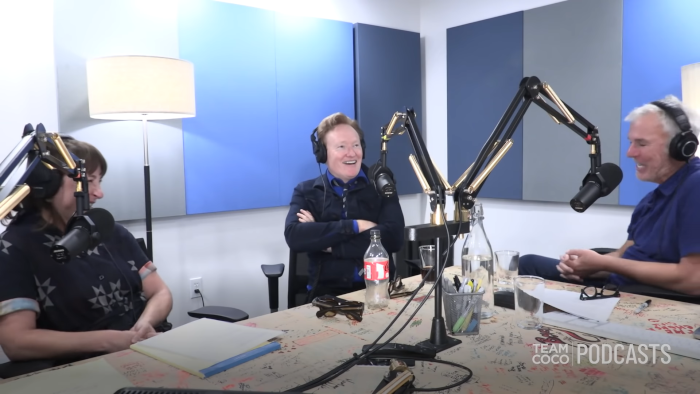 Conan Won't Be Doing A Variety Show For HBO Max

Just like James Bond, Conan will return! The question is, when? The answer is, we don’t know yet. It doesn’t even seem that Conan knows. OK. Moving on from that question to the next! How will Conan come back? He’s not sure about that either! OK! Are there any details he has about his new show? There are! Conan will not be doing a variety show! Aw, bummer.

I won’t lie. When it was announced that Conan’s late-night tenure would end but would be replaced by him doing a variety show, I was pretty psyched. What is a variety show if not just a sketch show with music? We know Conan is capable of delivering on both fronts, especially with the team he has surrounded himself with. It seemed like a perfectly logical next step for him. However, it was no more than a miscommunication.

Conan sat in on the podcast Inside Conan to talk to his writers Mike Sweeney and Jessie Gaskell. It was here that he revealed that he would not be doing a variety show. He even poked fun at the idea, coming up with variety-show-style tangents and bits on the spot and they all sounded hilarious.

Hear me out, Conan (I know you read these)! What if you do a “mock” variety show? Just make fun of the glitz and glamour and celebrity cameos. Then you’re not doing a variety show as much as channeling one. You won’t have to take yourself too seriously and whenever someone does take you seriously you can just say it was a joke! Eh?!