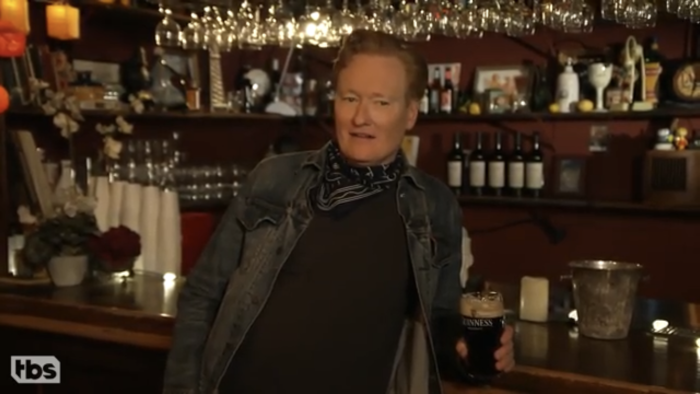 It’s been over a year since I’ve been in a bar (you know why). For a while, it didn’t bother me. I hate bars. They’re loud and I spend too much money. I’d much rather be home, with a bottle of tequila and the option to smoke some of the Ole Wacky Tobaccy without getting a ticket. So, imagine my surprise when Conan O’Brien made a joke sketch of him at an empty bar, pretending it was full, and my first thought was “I miss that.”

First off, this sketch is classic, silly Conan. He spends three minutes talking and interacting with stock footage that barely fits. It’s fantastic and absurd and just really a great example of why I love him so much. The more he leans into the premise the funnier it gets.

Still, I’m FASCINATED that I found myself pulled in by the allure of this fake bar. I’m already finding myself coming up with excuses to not go to one when they reopen and yet, something about this sketch made me miss them. Maybe it’s the not being able to go? When I finally get what I “want” I’ll move on to something else?

It’s a bizarre feeling to have. When was the last time you went to a bar? Do you miss it? Do you also despise them as much as I do?! MAKE ME FEEL VALIDATED.

← Morning Briefing: Merrick Garland, Andrew Cuomo, and Joe Needs To Step Up His Union Game Against Amazon | After, uh, ' Trolls World Tour,' Moviegoing Will Never Be The Same Again →