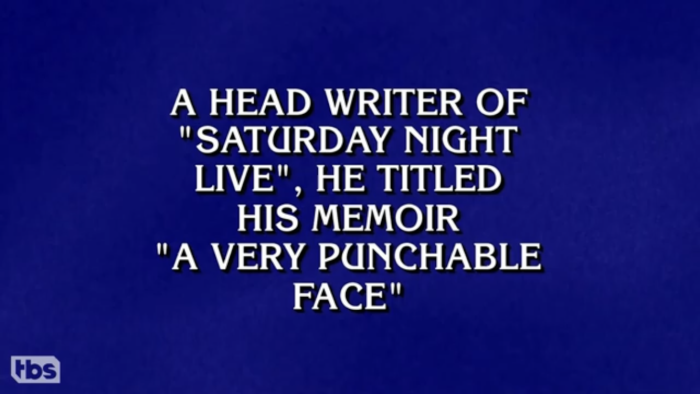 Conan Was On Jeopardy For an Unfortunate Reason

Being an answer on Jeopardy is exciting no matter who you are. It’s reason to celebrate. You’ve become so much a part of the Zeitgeist that you become trivia. That’s friggin’ cool! However, it’s only cool if you’re supposed to be the answer. Not if someone thinks you are. As was the case for Conan O’Brien.

Before we go any further, here’s the video that I recommend you watch cause I’m about to spoil the whole joke.

You got all that? Are you done laughing? It took me a minute.

A contestant on Jeopardy not only thought Conan was a head writer at SNL (a position he never achieved), he thought Conan had a punchable face (or is at least self-deprecating enough to say as much in his book). In the contestant’s defense, they’re not wrong on the self-deprecating aspect of things. Conan could have let this be forgotten like so many wrong answers over the years. Instead, he made it a bit.

Conan’s ability to take shots at himself is something I will miss once his late-night show comes to an end. Nobody is better at making fun of Conan O’Brien than Conan O’Brien. When you’re at a point in your life where people think you’re a Jeopardy answer (even if you’re not) it’s probably pretty necessary to have a sense of humor about it. Luckily for Conan, he’s got one of the best in the biz.