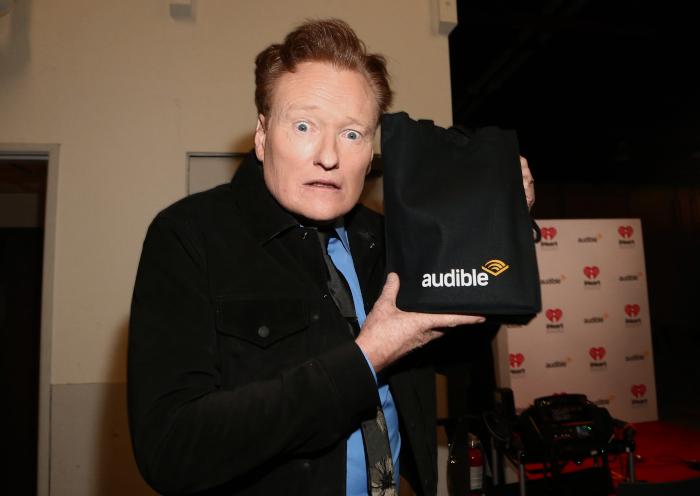 CONAN Wants To Meet You

Conan O’Brien is one of my favorite comedians of all time. I was inspired by him before I even knew it. As a child who was practically raised by The Simpsons, I would come to find out later that some of my favorite episodes were written by O’Brien. When I first saw his late-night show, it was like a comedic awakening for me. So when I heard about Conan’s new Golden Ticket Contest… I squealed.

As part of the Conan O’Brien Needs A Friend podcast, the team is putting out “Golden Tickets.” If you find or hear a code for a ticket, you enter it on Conan’s site, answer a few questions, and if you’re chosen you get to meet Conan virtually and possibly be featured on the podcast!

Not only is the prospect of meeting Conan exciting, it’s just as exciting to maybe meet Matt Gourley and Sona Movsesian. Sona, Conan’s hilarious assistant, has been an integral part of the podcast since its inception and she’s spotlighted on O’Brien’s talk show often. She’s funny, charming and calls Conan on his bulls*** like no one else.

Matt Gourley is no stranger to podcasts himself. He has had many successful podcasts including one of my absolute favorites I Was There Too where he interviewed actors who played “small” roles in big movies. His laid back style is a perfect complement to Conan’s manic comedy.

So keep your eyes (and ears) out for those Golden Tickets! And if you happen to write in my name by accident or whatever I will not be upset. Think about it.