Conan Tries to Buy Greenland, and It Is Goddamn Comedy Gold

A few weeks ago, Donald Trump made overtures to Denmark about buying Greenland. Denmark laughed in Trump’s face, and Donald Trump got pissy about it and called Denmark’s Prime Minister “nasty.” While most of us rolled our eyes at the absurdity of the President of the United States trying to buy a country like it was a piece of Long Island real estate, Conan O’Brien leaned into that comedy. He used it as an excuse to travel to Greenland and mess with the Greenland locals, but mostly make fun of the United States (and himself).

My favorite part of Conan’s trip to Greenland is that Vivi, O’Brien’s tour guide through Nuuk, treats Conan the same way that Conan’s regular assistant, Sona Movsesian, treats him, which is to say: She doesn’t take him seriously. At all. In fact, no one in Greenland takes Conan seriously, not kids, not hotel employees, and not members of Parliament. There’s something so instantly goofy and charming about Conan that even people who have never heard of Conan treat him with amusing indifference. “I’m here to buy your country,” he says, and the locals nod their head almost condescendingly.

This is how world leaders treat Donald Trump.

He’s also interviewed by a local news program, and he ends up doing the weather for the news program. In Greenlandic. If there’s only one thing you watch on this post, watch this (skip to the 5:55 mark). The reaction of the employees in the control room to Conan’s Greenlandic is priceless.

Here, he tries to bribe two members of Parliament to sell him Greenland. In fact, he offers one member of Parliament a suitcase containing $120,000 if she will just put up his picture. She refuses.

Finally, while Conan fails to secure the purchase of Greenland, he does buy an iceberg. He has a hell of a time, however, planting a SOLD sign on it.

It goes without saying, but I’ll say it anyway: You just don’t see this kind of stuff on late night anymore, and we really haven’t since the early days of Letterman. The older Conan gets, somehow the better he becomes. 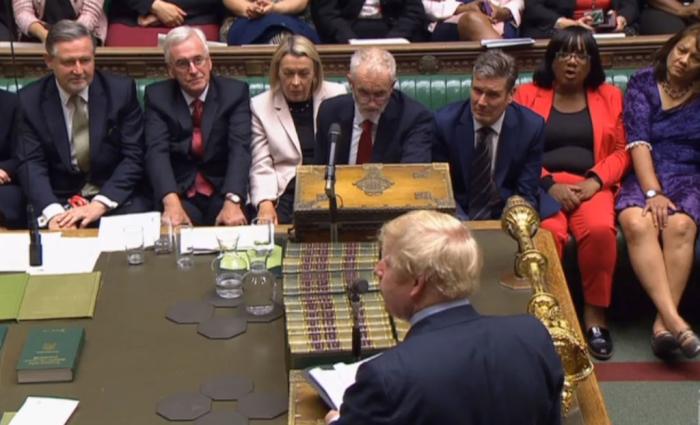