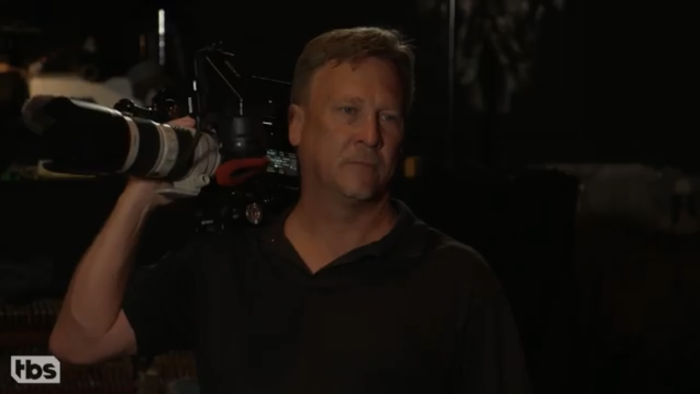 Conan Shares A Heartfelt Goodbye With A Crew Member

Some of you are likely sick of seeing me bring it up, but Conan will be ending his proper late-night run soon. It’s bittersweet to say the least. He’ll still be on TV, albeit on HBO Max, but not as a late-night host. My emotions have been running high, so I assumed people on the show have been experiencing similar feelings. Now I have the proof! … Sort of.

In the latest episode of Conan, a cameraman extends his congratulations to Conan in a heartfelt moment. It’s very sincere and I feel like, based on his performance, they used a real cameraman. Let me be clear, he’s good in the segment, he’s just clearly not a performer. Also, according to the sketch, he has not been an employee of Conan’s for very long. Hours, in fact. What ensues is a hilarious back and forth.

Again, what makes this scene is the camera guy’s performance. He’s so deadpan and serious and yet pretty damn believable. For a second at the beginning, I honestly thought they were really surprising Conan, on air, with a sentimental interaction. I have no one to blame but myself for not knowing better.

I’m also not alone in enjoying the scene. It gets such a sincere, jovial laugh out of Andy Richter at one point that made it all the sweeter. Andy is a good cohost in that way; very supportive. But he is good at keeping a straight face. This time that was all for naught.

I’m looking forward to more tongue-in-cheek segments like this that are about Conan ending his show. The less they take seriously, the more effective it will be when they finally do.

← Twitter Users Ponder Random Things From the '80s an '90s That Wouldn't Make Sense to Kids Anymore | Review: Tahar Rahim Proves That Golden Globe Nomination Was Deserved in 'The Mauritanian' →