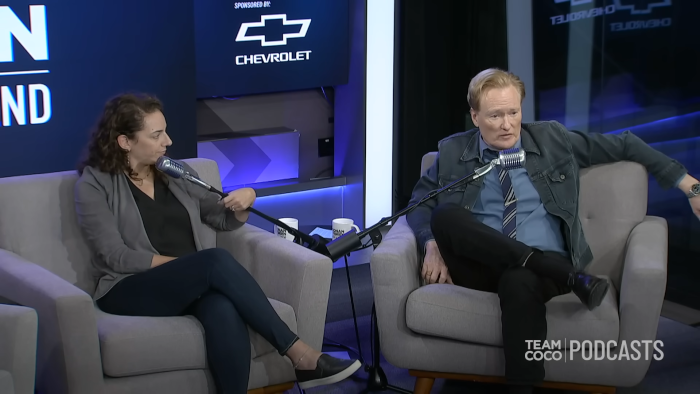 I don’t miss much about Boston. For one, I grew up in Western Mass and have been to Boston enough. For two, I’m a person of color. So, to speak mildly, it is not my favorite place. Conan O’Brien was raised a bit closer to Boston than I was, and he misses a couple of things about his former east coast home. In a recent episode of Conan O’Brien Needs A Friend, he revealed what they were.

Conan misses wearing a coat and walking around. That’s it. You can’t really walk in LA (more on that in a minute) if you want to get anywhere. It’s warm all year long. As Conan mentions, there aren’t any seasons in LA. Just warmth. In Massachusetts, it will be cold and then hot and then cold and then hot again, and that’s just in October.

My thoughts on Boston aside, it is nice to wear a good coat. I have more of a pudgy midsection (I’m a lover, not a fighter) and it often looks better under a nice peacoat or windbreaker. I’m also a big fan of extra pockets on my person, and sometimes cargo pants just aren’t enough. I need storage as a human being and coats are perfect for that.

I’d also like to give props to the walkability of Boston. That is certainly a plus. The one and only time I visited LA was for work. After arriving at my hotel, exhausted, I decided to go get some Taco Bell. There was one less than a mile from me, and being an NYC resident, I assumed I could make the walk in no time. Not only did it take forever but I also had to plead with the employee to sell me a quesadilla at the drive-through despite not having a car. Not my proudest moment.

So, I hear you, Conan. We may not have much in common, but we have coats and walkable cities.

← What Does Replacing Bob Chapek with Bob Iger at Disney Actually Mean? | Did Reinstating Twitters Biggest Haters Lead To Violence? →