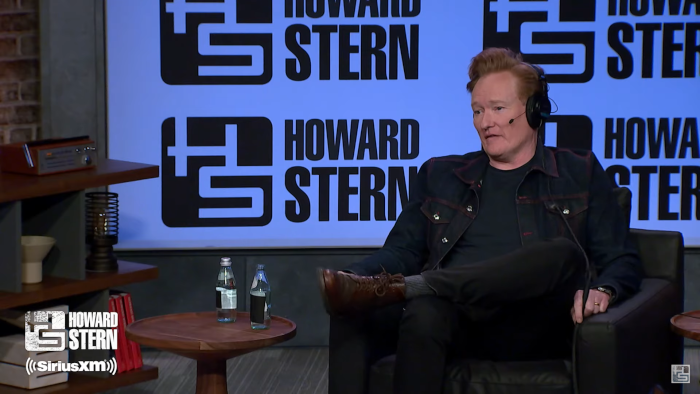 Conan O'Brien Once Laid Under His Desk After A Bad Review

Conan O’Brien was not always the podcast juggernaut he is today. There was a time when every woman didn’t swoon at the very sight of him. His devoted fans will tell you they stuck with him from the beginning, but public perception of the amateur late-night host was tepid at best. It got so bad that Charlie Rose ambushed (as he is wont to do) Conan on television with a negative review from the Washington Post. Conan was so upset that he went into his office and hid under his desk.

Conan recounted the story during a recent interview with Howard Stern. Looking back on it now, it almost seems silly. But, as Conan points out, at the time a review like that could have ended the show. It wasn’t like today, where for every bad review, you can find 1200 YouTube videos saying the opposite (and vice versa). There was a good chance people would get their recommendations or condemnations from their newspaper.

Conan is not shy about how his show struggled to get on its feet. However, there’s something more profound about this story. You can almost feel him reliving it as he’s telling it. He’s also come to terms with it, even taking a moment to empathize with the critic who bashed him. It’s a remarkable moment of reflection from an older, wiser comedian.

Speaking of empathy, I’ve never been a big Stern guy. Growing up, I felt like I wasn’t allowed to watch his show as it was too adult. So, whenever I see a clip like this, I’m always shocked and impressed by the level of empathy and understanding he displays. His questions feel conversational and personal in a way that other interviewers should take note of. I’m sure that plenty of people have made this observation before, but sue me, I’m new to Stern! I was not allowed to watch him when I was younger! I was not allowed!

On another personal note, I’m actually going to see Conan in NYC tonight! Live and in person for the first time! I’m stupidly excited and will likely be watching interviews like this for the rest of the day to get even more psyched. SO, if you have a favorite Conan interview, drop it in the comments and help me pre-game!