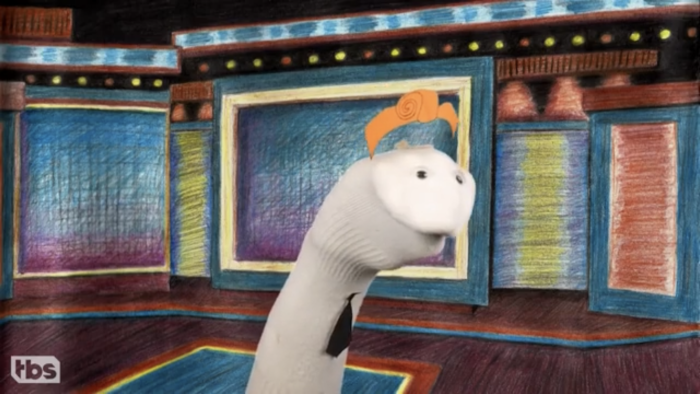 Conan Brings Fans Together With a Strange and Hilarious ‘DIY‘ Episode

Since the coronavirus pandemic made it … difficult to have live audiences, late-night shows have had to change the way they do business. First, hosts began recording their shows at home. Some, like John Oliver, Samantha Bee and Trevor Noah, still do.

Then, for some, operations were moved into back into studios. People like Jimmy Fallon, Jimmy Kimmel, and Conan O’Brien moved back into places of business with proper social distancing protocols in place. Results have been mixed.

There is something inherently odd about putting on a late-night show, something that often feeds off of audience response, and having no audience. In Jimmy Kimmel’s first night back from a hiatus, he joked about the crew being told to laugh and it felt all too real. For the foreseeable future, the late-night landscape will be forced to come up with ways to make things feel different. That’s where Conan O’Brien comes in!

Since his move to TBS (or, arguably, his move to late-night), O’Brien has often strived to do things differently. He ditched wearing a suit and having a desk, he’d spend whole episodes exploring different countries, and several weeks ago he began adding cardboard cutouts of audience members to his current home, the Largo Theater in LA. Last night he took things a step further. Instead of just sending pictures of themselves, O’Brien asked fans to get creative.

Back in July, Conan put out a call for fans to help recreate an episode of his show. This week, that show aired and there was something truly beautiful about it. O’Brien kicked off the show saying “We did this because we thought it would be challenging, it would be fun and most important, we thought it would be a way for people to kill just a few hours during the pandemic.”

What followed was a cavalcade of cartoons, puppets, claymation, and recreations. Segments were stitched together from “hundreds” of fan submissions. It was a collaboration that was equal parts strange and hilarious, much like Conan himself. In a time where divisiveness is rampant, it was incredibly heartwarming to see so many people united by a shared love. Here’s just an example.

Clearly, this won’t be the way of things going forward. Not every episode of Conan will be a collection of fan-created submissions. However, for one night it was a wonderful break from the new normal of delivering monologues to a small crew. Personally, I’d love to see other hosts follow suit with their own outside-the-box ideas. If only for a night.

← Ellen Begins Her Apology Tour and It's as Weak as You Were Expecting | Finally, a Truly Benevolent Use of Deepfake Technology →