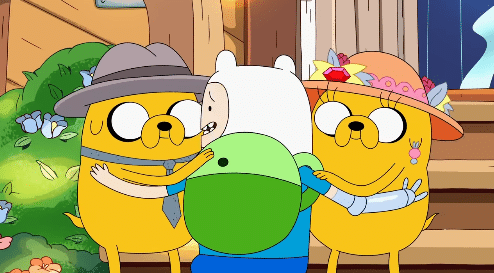 Adventure Time is a show I stumbled across accidentally six years ago while searching for something, ANYTHING, I could watch with my then four year old that wouldn’t make me absolutely f*cking bonkers. Unconcerned with scale, or time, space or form, gender or continuity, it’s an easy show to love but it’s sometimes a difficult one to understand. The main characters, Jake The Dog and Finn The Human, have a very snappy repartee and the vernacular of the show has a real improv jazz feel to it. There’s a lot of rhyming, scatting, portmanteaus and abbreviations you need to wrap your head around if you really want to follow what’s going on.

And that says nothing about the visuals. Most of the characters are at least somewhat recognizable at their core - beasts, bugs, anthropomorphized gizmos & foods and, of course, Lumpy Space Princess. 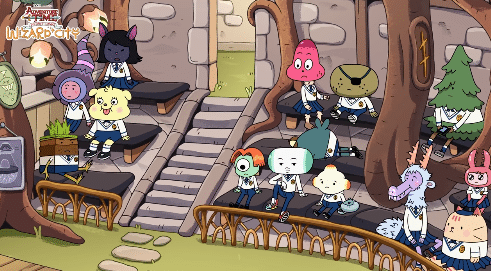 In 2018, the final (cough cough) episode of Adventure Time, “Come Along With Me” aired. That episode took us a thousand years into the future of Ooo where two, new, explorers come across some artifacts and ask BMO, now the King of Ooo, to explain them. BMO tells the story of the Gum War. And look, I could explain how BMO is a living video game console (voiced by Niki Yang) and I could TRY to explain The Gum War and how it’s about the persistence of memory, dreams, transfiguration, whatever the hell GOLB is and how music can save us all. But instead I’ll just share this link to the lovely rendition of “Time Adventure” sung by Rebecca Sugar in that episode and that should give you an idea of how melancholy a goodbye it was.

In 2019 Cartoon Network announced that four new episodes would air in 2020. Of course Covid Interruptus so we only got two episodes of Adventure Time: Distant Lands last year. The last two became available on HBOMax this year, and the finale, “Wizard City,” just last week. Each of the four episodes focuses on a different character, or set of characters, from the show. The plots of each are the same kind of wacky misadventures with lots of heart that we’re used to. It would take pages and pages full of hyperlinks, asides and callbacks to give proper synopses of them and it would give an awful lot away. And I would like you all to watch these because I thought they were delightful so I’m not going to do that. But here’s what you need to know.

The first episode, “BMO,” takes us on a space adventure with our little walking, talking Game Boy, who is waylaid en route to Mars by a mysterious little bot he names Olive. He crash lands on a planet in peril where he empowers a young space bunny to be a hero and save the inhabitants from their leader’s evil machinations. BMO is as aggressive and unafraid as usual. And, even though he’s just a wee bit of electronics he continues to be the soft, squishy center of the show, offering sage advice in this episode. “Even when things look really, really stupid, we have to try.” Remember that, kids. We also get our last glimpses of BMO’s alter-ego, Football, and meet a distant cousin, CGO, who has the Frasier theme song stuck in her head.
10/10 BMO can save my world any day. 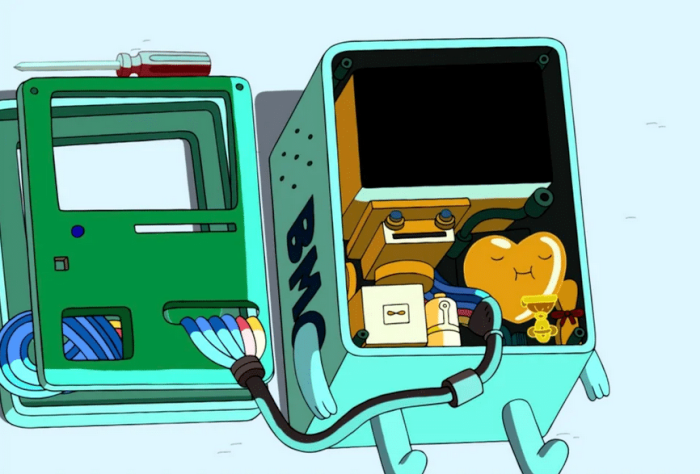 The second in the series is “Obsidian” and it focuses on the relationship between Princess Bubblegum and the vampire punk rocker Marceline as they work together to save The Glass Kingdom from an old, familiar monster. I love so much that Adventure Time created this beautiful, complex relationship for us, and that they used one of their farewell episodes to explore it. This story dives not only into their relationship but also into Marceline’s past and shows us how important it is to shed hurt and anger in order to grow into better versions of ourselves. The tools that served us in our youth are not always the same ones we need as we get older. They don’t always accomplish what we need them to. Sometimes you need a new set. Plus, we got this lovely song and montage out of it.
12/10 #relationshipgoals

Episode three, rightly titled “Together Again” brings us back to Finn and Jake. It opens on Finn and Jake escaping from an ice-cream related misadventure only to have Jake melt (literally, he turns into a puddle of water) into his own pre-dug grave. That all turns out to be a hallucination Finn is having after his own death sometime in the future. The story then follows Finn through the 50 Lands of the Dead in search of his brother, Jake. New Death has taken over and must be defeated. To do so, our heroes must reach the domain of Death’s mother, Life, to gain the tools they need. They team up with old friends and end up having to defeat an ancient enemy so they can be reincarnated together, again. As I’ve often found myself after a particularly poignant episode, I marvel at how deftly the Adventure Time team tackles existential questions with humor and the proper amount of absurdity. I know that my kid and I come at these episodes from very different places and they hit different depending on how closely you’re looking for the deeper meanings. But honestly, you never really have to look that close and this episode is a great example of the show’s unique storytelling.
10/10 It gave me the sads. RIP Finn and Jake. 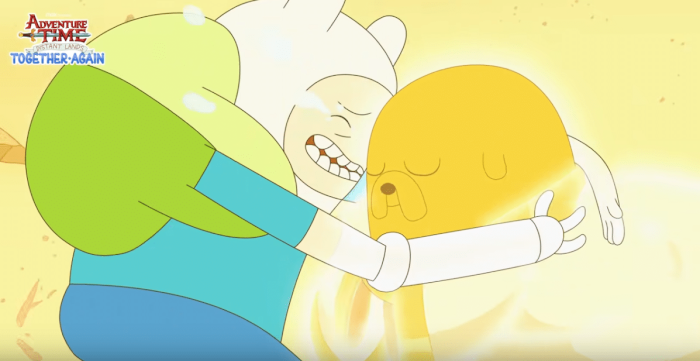 The final episode, oddly enough, is all about Peppermint Butler aka Pep aka Pep But. It feels strange that they would choose to close out the show with this episode and this character who is so often an antagonist in other episodes. I didn’t even know it was the series finale until I was reading about it afterwards. If I were in charge I would have put the Finn and Jake episode at the end. But anyway. In “Wizard City” we’re either back in the past or in a future where Peppermint Butler is again in his youth (there’s a complicated storyline there that I’m not going to get into. That’s what wikis are for.) Peppermint Butler travels to Wizard City to attend Wiz Arts, the Wizard Academy, where he has to audition to get accepted and finds himself ranked among the lowest, least talented wizards. This puts a crimp in his plans to become the most powerful wizard of all time. In the end Pep drinks the ichor of the monster, Coconteppi, to evolve into Pepperminteppi who ushers in “The Second Wave of Terror.” 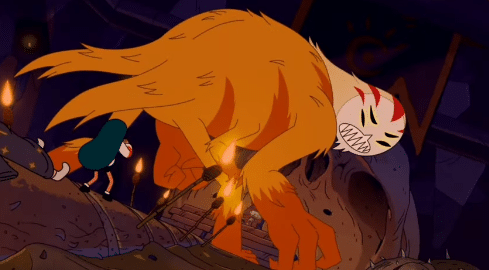 Throughout the episode a character named Cadebra tries to befriend Pep because they’re both at the bottom of the class. She’s stuck there because she favors stage magic over actual magic and is considered a joke by their teachers and classmates. In the end, Cadebra blends both to save Pep who expels the spirit of his former self and…yeah it gets a little fuzzy. But really the story is more about Cadebra finding a way to bring her passion together with all of the stuff she’s SUPPOSED to like to save her friend. Her only friend. And, whether he likes it or not, Cadebra is Pep’s only friend too. This is definitely the weakest story of the four but it did give us a chance to revisit some of the more obscure characters I enjoyed like Bufo the toad host from the Secret Order of Wizards, Abracadaniel (Cadebra’s uncle), and Weapon Head III. Choose Goose is in here too, at both the beginning and in the sinister post-credits scene for this episode. In fact, Choose Goose is in all four episodes! How about that?! I’d give it an 8/10 because I enjoyed the focus on Cadebra and her talents. Pep can take a long walk off a short pier as far as I’m concerned.

Thus endeth Adventure Time. It has been quite the strange journey. I think the end of “Wizard City” left the possibility of future, tangential stories to be told but I won’t hold my breath. I’m still holding it for Gravity Falls, after all.

Every episode and all of the Adventure Time movies are available to stream on HBOMax.