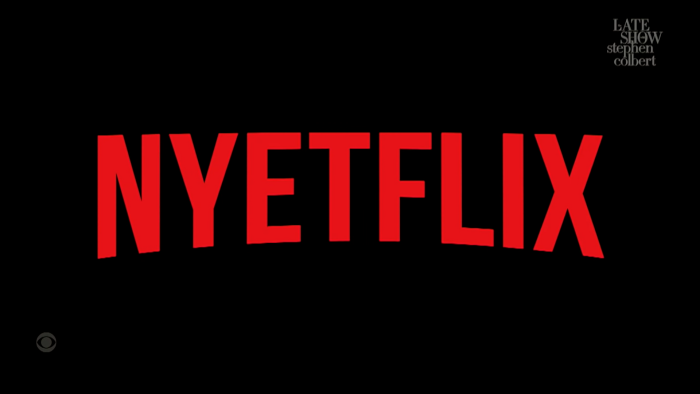 Countries have been levying sanctions against Russia. This began as a result of Russia declaring war against Ukraine. The more sanctions added the madder Putin gets. He’s even interpreting them as a declaration of war. The most recent blow has been Netflix removing its services from the country. It’s a move that the folks at The Late Show with Stephen Colbert think could escalate quickly.

Kicking off their newest episode, the Colbert Crew showed footage of Putin reacting to Netflix’s removal. In it, he laments not being able to finish the new season of Love is Blind and threatens to make his own streaming network. It’s classic Colbert. Not only does it take shots at a disliked political figure, but it also gives the crew a chance to come up with silly names for Putin-created Netflix shows.

Some situations are hard to joke about, especially when you’re in the thick of them. Hell, even Colbert’s audience, who are told when to laugh and applaud, have a few tepid moments during this bit (the Emily in Gulag joke lands with a thud). But the jokes are good and smart and biting, exactly what we need in times like this.


← Biden Bans Russian Oil Imports, But Shaquille O'Neal Has Solved the Rising Gas Price Problem | A Look Back At 'Batman: The Animated Series' In Honor Of Its 30th Anniversary →