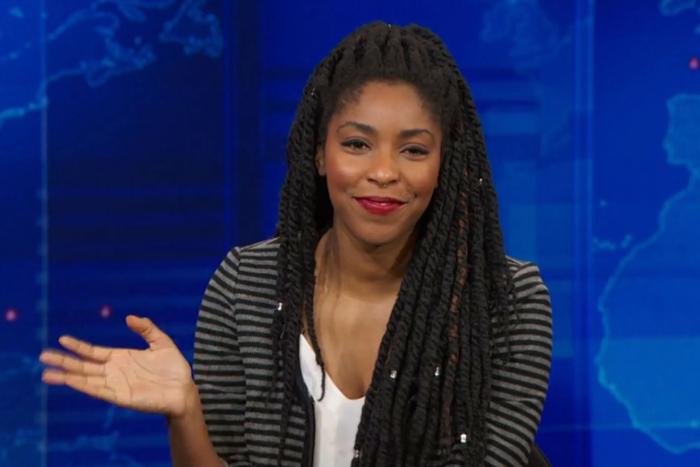 Bite-Sized Bits: Colbert Weighs in on Next 'The Daily Show' Host

Hey! Do you like news that comes in tiny, bite-sized bits that light up your brain and briefly make you feel alive again?! This post is for you!

Asked in an interview with Charlamagne tha God about who should host The Daily Show when it returns in January without Trevor Noah, Stephen Colbert said that he likes Roy Wood, Jr. He also mentioned that Jessica Williams would be great if she can be lured away from that Harry Potter money (Williams was in Fantastic Beasts: The Secrets of Dumbledore). It’s less than three months away, and I’m surprised they haven’t named a new host yet, although there is some speculation that two people may host it. Roy Wood Jr. and Jessica Williams would make for a hell of a team.

— 1923, the sequel to 1893, which was a prequel to Yellowstone, has come together quickly. The second prequel, which stars Harrison Ford and Helen Mirren, will begin streaming on Paramount+ on December 18th, during the fifth season run of Yellowstone, which returns on November 13th. Ford and Mirren will play Jacob and Cara Dutton, and to be honest, I don’t understand that. Neither Jacob nor Cara were in 1893, which was 30 years prior when Jacob and Cara (based on Ford and Mirren’s ages) would have been 40 or 50 years old. But James and Margaret Dutton were the first Duttons to occupy the Yellowstone land, and they were 40-50 years old in 1893. Did one of them bring over a brother or a sister?

— Dane Cook is producing a documentary about his own life, Brace For Impact: The Dane Cook Story. But don’t worry, folks: It’s on Superchannel, which is a Canadian network. Dane Cook isn’t even Canadian. That makes no sense. I’m sorry, Canada.

— The third season of John Krasinski’s Jack Ryan series streams on Prime Video on December 21st, in case that’s how you like to spend your holidays. Here’s the trailer:

— House of the Dragon, per Vulture, will not be returning until 2024. Ouch. I’m all for giving creators more time to make their products, but also: I often feel like the planet is on borrowed time, and I’d like to get through a few seasons of HotD before my house falls into the ocean.

— This Malcom and the Middle reboot really is gaining some steam now. Bryan Cranston is taking lead on the script, and Frankie Muniz is all for it. “We’re talking about it,” the show’s original creator, Linwood Boomer, told EW. “We all think it would be fun if we get the right idea. Honestly, it would be going much faster if everyone wasn’t so annoying.”

— Jason Bateman has finally landed his follow-up to Ozark. He will direct and star alongside Jude Law in Black Rabbit, a limited series for Netflix. It is based on an original idea, the details of which are being kept under wraps. An original idea? Like, really original, or original like Ozark was if you’d never seen Breaking Bad?

— TBS has one last remaining original scripted television show, and it’s about to air its fourth and final season. It’s Daniel Radcliffe’s Miracle Workers, and honestly, they should just premiere it on HBO Max (where the first three seasons now stream). Does anyone even know how to find TBS anymore? I just walk around my house until I hear Morgan Freeman calling me from rebroadcasts of Shawshank Redemption.


← Stephen Colbert Mocks the Unholy Trifecta Of Kanye, Elon, And Herschel Walker | Twitter Users Reminisce About Some Of Their Favorite Tweets →