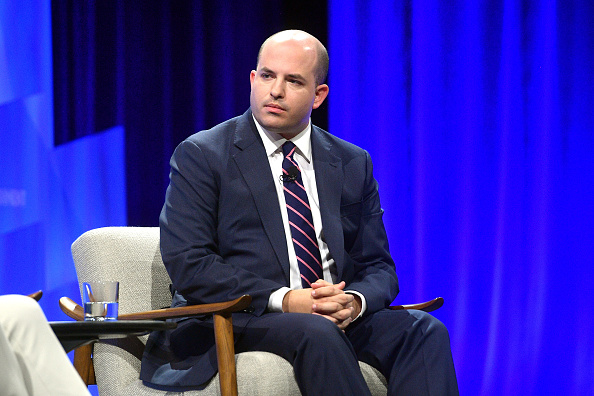 There is a certain irony to CNN bringing in Chris Licht earlier this year to turn the cable news network around after the departure of Jeff Zucker. Chris Licht is the guy who came in and turned Stephen Colbert’s The Late Show around and made it the top-ranked late-night show by having Colbert lean into politics and Trump-bashing.

Over on CNN, he’s not trying to do the opposite, exactly, but he is trying to makeover Jeff Zucker’s CNN by attempting to return it to what it once was: A hard(ish) news organization. Back before Trump, recall, that Republican viewers might flock to Fox News for opinion while liberals might watch MSNBC for the same, but when there was a big news event, viewers from all political stripes would typically tune in to CNN because they could trust the network to provide the news while the other cable networks would provide the spin. You might watch a Presidential debate on CNN, and then turn it to MSNBC or Fox News afterward to have your opinions on the debate reinforced.

I’m not sure that’s even possible in a post-Trump environment, but I appreciate that Chris Licht is trying to take CNN in that direction. I rarely watch cable news at all anymore except on election night, but I know that we don’t need an MSNBC-lite. I’m not suggesting that CNN should become a both-sides network — no no no no no — but it would be nice if CNN became less obsessed with what’s going on over on Fox News. We still cover The Former Guy when we have to, but we rarely talk about Tucker Carlson or Laura Ingraham or Sean Hannity anymore, because what is the point? They do not care about hypocrisy, liberal rage only fuels them, and there is nothing we can do to save Fox News viewers from themselves. They are a lost cause.

The guy on CNN most obsessed with Fox News over the last 6-7 years is Brian Stelter, the host of Reliable Sources. I don’t watch Reliable Sources unless clips show up on social media, but I do follow Stelter on Twitter because I like inside baseball. He covers the media — the ratings, the personality clashes, the hiring and firing moves, etc. His own firing, in fact, would be a big story on Reliable Sources. But he’s also become fixated on Fox News, regularly shitting on the network — which I appreciate — while also taking his fair share of insults from Fox News personalities.

But is that what CNN should be covering? Basically, cable-news gossip? Am I a messy person who loves to hear it? Yes, I am. Maybe Stelter should take it somewhere like MSNBC, while Licht endeavors to make CNN more about the news and less about the personalities making the news.

Was this move influenced by a libertarian investor in Warner Brothers Discovery? Perhaps! Was it an effort to cut costs? Possibly. Licht, however, says it’s all part of his vision for CNN — he wants to reduce the amount of media criticism and petty grievances on the network and focus on fact-checking and hard news. It may be why Jeffrey Toobin exited, and it may result in the exit of Jim Acosta, too. Licht wants CNN to be its own thing instead of being defined by its relationship to Fox News. I respect that.

I still don’t know if that is possible in this environment, and CNN may pull the plug on Licht’s efforts in six months and go back to Jeff Zucker-era mudslinging, but I at least applaud the effort to try to be a serious news organization again.