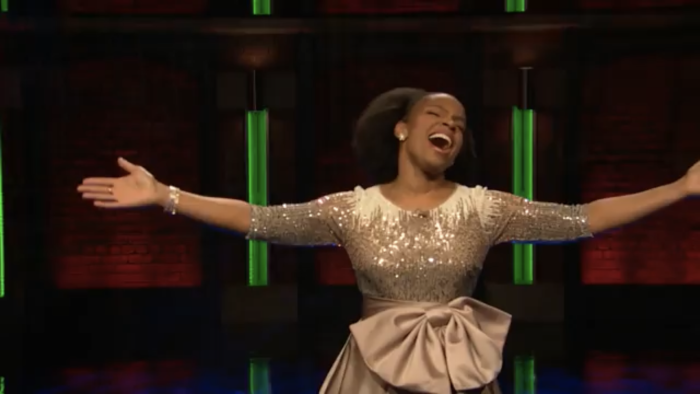 For those who celebrate, Christmas will be anything but normal this year. State and government officials are encouraging people not to gather with their families. It is a depressing, but necessary, end to an exhausting year. Luckily, Amber Ruffin is here to sing out our frustrations!

Since Amber is still a writer on Late Night with Seth Meyers, she’ll pop in for occasional on-screen appearances. Last night, she swung by with a Christmas song fit for 2020. That’s right, it’s “The Worst, Worst Christmas of our lives!”

As with any time Ruffin appears on his show, Seth Meyers feels like an audience surrogate here. He’s playing the straight man for her bit, yes, but he’s also clearly as enamored and amused by Amber as we are. He’s cracking smiles and laughing after every note she sings.

I’ve said it so many times at this point that it’s hard to keep track, but Amber Ruffin is a gift to late-night talk shows. There’s so much charisma and comedic grace emanating from her that it feels impossible not to be swept up by every smile and joke she gives us. I can’t take my eyes off of her, nor do I want to.

2020 may have sucked, but with more Amber coming our way in 2021, things are already looking up. So, for now, just sit back and enjoy a funny person being their funny selves… but Christmas!