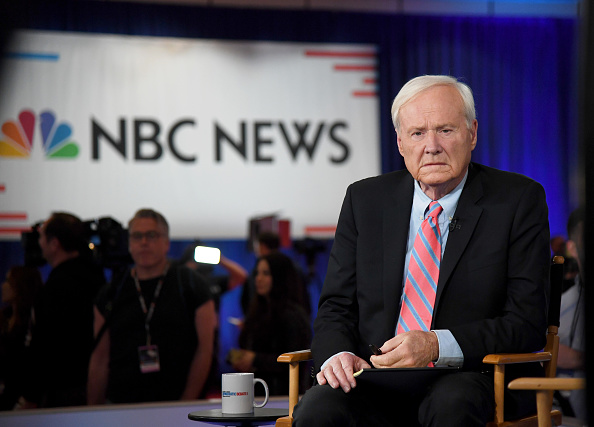 Chris Matthews Is Done at MSNBC

Chris Matthews seemingly abruptly resigned his position and/or was fired today at MSNBC, where he has been the host of Hardball since the 1990s. Matthews has faced intense criticism in recent weeks for a series of embarrassing statements, including comparing a victory of Senator Bernie Sanders’s campaign in Nevada to the Nazi invasion of France, and after the debate last week, patronizing Elizabeth Warren for believing a woman when she said that Michael Bloomberg told her to get an abortion. More recently, Matthews was taken off the air after GQ journalist Laura Bassett accused Chris Matthews of behaving inappropriately toward her as she prepared for his show.

For many, the exit of Matthews — a weird stalwart for centrism on what’s supposed to be a “liberal” network — is a long time coming. Here’s his announcement.

Not exactly a bombshell given the last few weeks, but still a major shakeup for the old guard in journalism. #ChrisMatthews #MSNBC pic.twitter.com/mxzpjYrZgJ

Matthews did not return after the break, leaving Steve Kornacki stunned.

“That was a lot to take in”
Steve Kornacki looks sad and surprised by the news.
#hardball #ChrisMatthews pic.twitter.com/QzSftCPzlF

There were mixed feelings on social media.

Kathleen — respect you but we’re you with him in every case of interactions with other women?

I didn't even know it was possible for #ChrisMatthews to drop out of the presidential race too but he has the same number of delegates as Tulsi so believable.

I didn't even know it was possible for #ChrisMatthews to drop out of the presidential race too but he has the same number of delegates as Tulsi so believable.

Wow #ChrisMatthews just retired! Good for him though. At least he has acknowledged he is out of touch and has decided to step down and pass the torch. I give him props for acknowledging that…which is more than a lot of politicians have done.

Wow #ChrisMatthews cold quit #Hardball and didn't even finish his shift. I know there's a deeper story there that will come out later, but it's how we all dream of quitting a job. pic.twitter.com/u8J0foTHHF

No word on who will replace Chris Matthews on MSNBC. I’d suggest bringing back Tamron Hall, but NBC doesn’t deserve her.